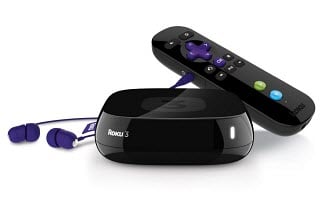 Announced on the YouTube blog, users found out that YouTube is now on Roku. But there’s a bit of a catch: For now it’s only available on the Roku 3.

Announced on the Official YouTube blog on Tuesday, users found out that the popular video sharing site is now on Roku. But there’s a bit of a catch: For now it’s only available on the Roku 3 in Canada, US, UK, and Republic of Ireland.

Roku owners, for years, have had to deal with the lack of an official YouTube channel since it launched in 2008. There’s been several third-party attempts, but most were shut down within a few months. One of the more successful ones we covered is VideoBuzz, and you can still stream YouTube to your Roku from an iOS or Android device using Twonky.

Adding the channel is easy. You can either add it through the Roku website, or find it in the Channel Store on the device. 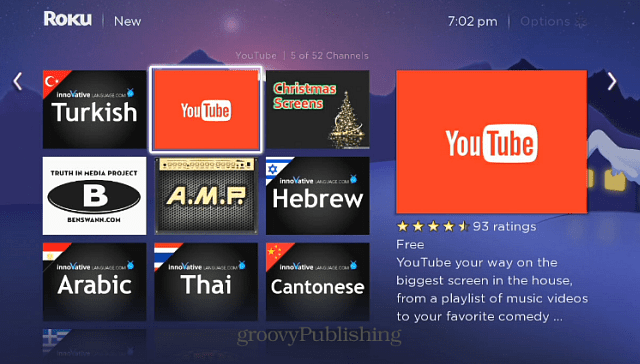 Once you launch the channel, it starts with a splash screen of the familiar YouTube logo. Then it starts with YouTube Trends. Arrow over the the menu on the left to search through different video categories. 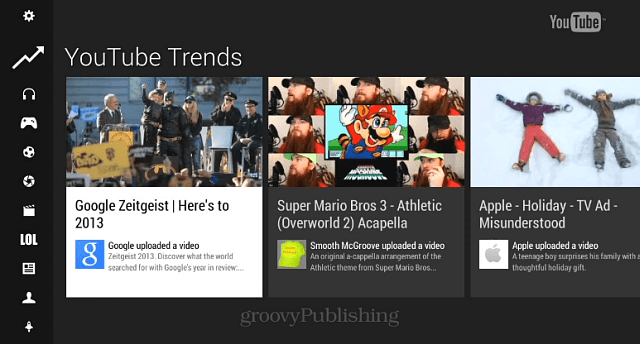 For example, here’s a look at the Most Popular category. Then just arrow your remote to the right or left to sort through videos. 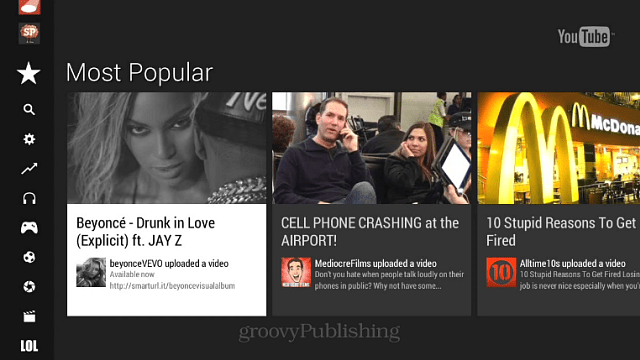 If you’re a heavy YouTube user, the first section you’ll probably want to go to is Settings where you can sign in. 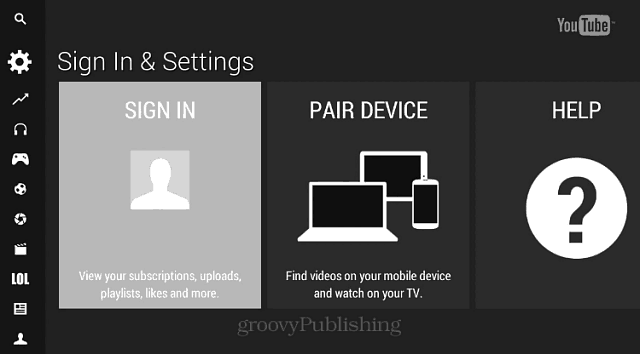 Make sure to have your laptop or tablet with you though, as you’ll need to navigate to the YouTube page and enter the code you’re given on the screen. 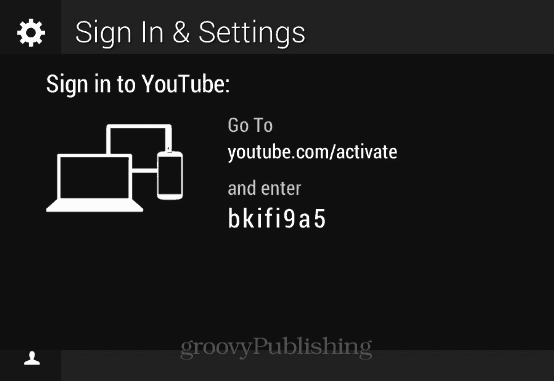 Another cool thing you can do is pair your Android or iOS device that have the YouTube app installed. That will allow you to search for videos on your device and send them to the Roku to watch on the big screen. 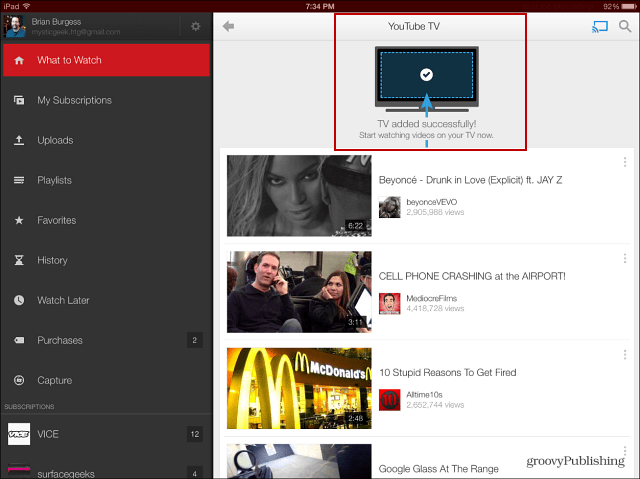 If you don’t have a Roku 3 yet, as of this writing you can get one for only $89 on Amazon. The company says it hopes to have it on more models in early 2014, but maybe it’s time for an upgrade anyway.

Being a cord-cutter and Roku 3 owner myself, I have to say it’s a much better device than previous models, and its remote lets you plug headphones into it for private listening.