Microsoft release a major update to Windows 8 this week, and unveiled what its new update strategy — continuous upgrades.

In an update on Tuesday, Windows 8 RTM (Release to Manufacturing) received a major update that introduced dozens of new features across the board, and minor performance improvements. Most importantly, this marks a new trend in Microsoft’s  update releases that will hopefully continue after Windows 8 goes retail. Google has lead by example with an effective and seamless update experience with Chrome, and it seems Microsoft has finally caught on.

Previously Microsoft has been known to wait for a service pack release to unload patches as big as this one. With Windows 8, the company is doing things differently. Steven Sinofsky explains that “During the final months of Windows 8 we challenged ourselves to create the tools and processes to be able to deliver these “post-RTM” updates sooner than a service pack. By developing better test automation and test coverage tools we are happy to say that Windows 8 will be totally up to date for all customers starting at General Availability.” 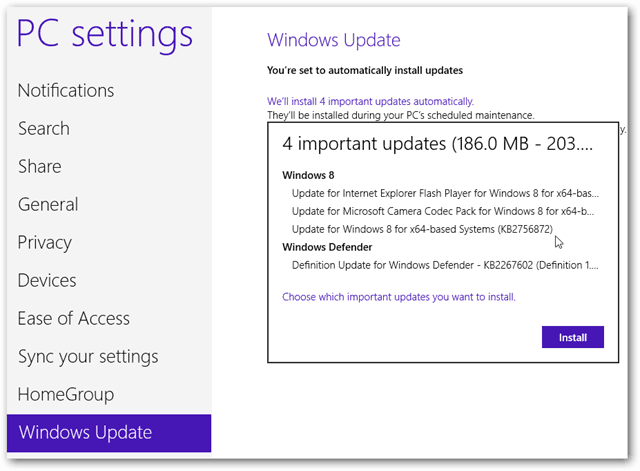 Included with the latest update is a support article titled KB2756872. It doesn’t get into many details, just that new improvements include better battery life, better media playback, better software compatibility, and improvements to individual apps. The last portion about apps excited me the most, and after a quick run through Windows 8 I tracked down some notable changes within Windows 8 apps. Among possibly many more changes, I noted: 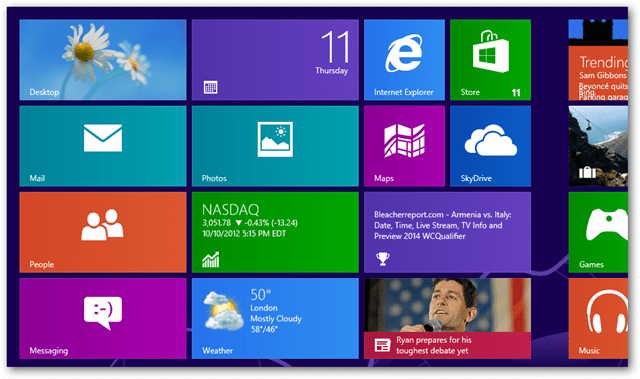 Overall, the last update is impressive. But until we see how Windows 8 performs on a tablet designed for it, many of the touted under-the-hood improvements will go unnoticed.