Microsoft is rolling out refreshed designs to the icons for it Office 365 suite of programs that reflect it’s Fluent Design system from Windows 10.

Microsoft this week unveiled newly redesigned icons for its Office 365 productivity suite. This is the first time that Microsoft has made changes to Office icons in five years. The redesigned icons are part of a broader design overhaul of the Office platform that is centered around the implementation of the company’s Fluent Design which is incorporated in Windows 10. The new icons will begin rolling out to users over the coming months.

The new Office icon designs are meant to provide a simpler and more modern look that spans across platforms and devices. Microsoft Office is available on Windows, macOS, Android, iOS, and online. The changes are also a reflection on how Office has evolved to include more collaborative and AI features. “Office is transforming into a collaborative suite that lets you work together in real-time from almost any device. We’ve infused our tools with powerful AI: you can get insights from data with less effort, write a paper using your voice, or make your resume using LinkedIn insights,” explains Jon Friedman, head of Microsoft Office design.

The icons take on a simpler look that deemphasizes the letter of each app but still retain the familiarity users have come to expect (OneDrive is just a cloud). All office apps are being tweaked, even the ones you probably forgot about like Vizio, Access, and Publisher — Microsoft continues to distribute them, but there are no plans for any further features. 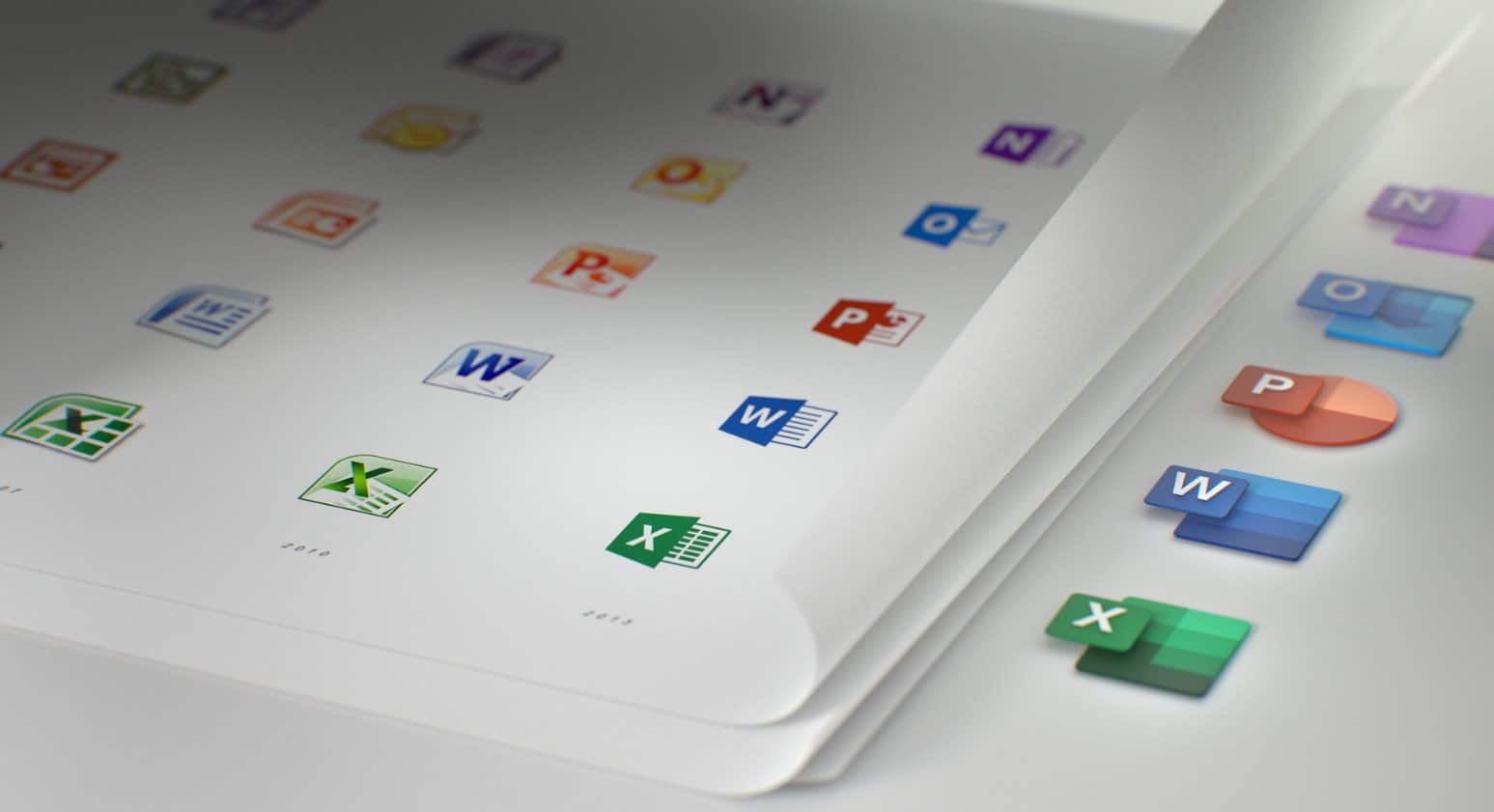 But the new icons are just the start. Microsoft is making changes to other parts of the Office suite. The company is simplifying the Ribbon and bringing in its Fluent Design from Windows 10 to the apps. The mobile version of Outlook, for example, is getting shared mailbox support and new gestures for accounts and folders. The new icons will start rolling out to mobile and web apps first, followed by other platforms.

Check out the following video from Microsoft that gives you an introduction to the new look and demonstrates the new icons in action.