Today Microsoft released a new Tablet called the Microsoft Surface at the mysterious press conference in LA. Here’s all the specs. 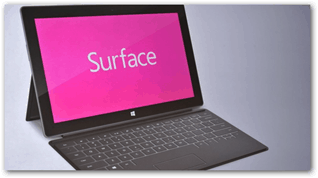 Today Microsoft released a new Tablet called the Microsoft Surface at the mysterious press conference in LA. More details are still filtering out of the event but here’s a few of the main items which we know about the Tablet or Thin PC at the moment. 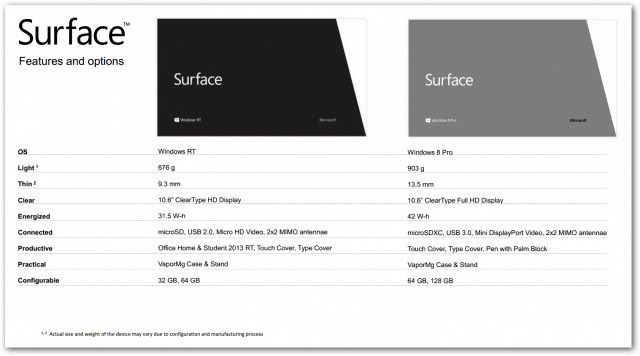 My first reactions on the Surface, not bad. This could very well be the start of rethinking what the laptop is today. The Cover really looks amazing and if it works as well as I think it does, wow. I am really going to love this thing and if Microsoft can pull a rabbit out of the hat and deliver with a quality Microsoft Store which works as good or better than the Apple Apps store, this could be very interesting indeed.

Another thing about the Surface is shock. Shock in that Microsoft was able to keep this thing quiet for so long! I thought for sure this was going to be just another re-branded OEM from DELL or Samsung but nope… Looks like Microsoft did its homework and built something new.

Time will tell however this could very well be my next PC purchase. Will it meet all my tablet needs and wean me away from my iPad…. Unknown at this point. We also need to see where it clocks in at from a price standpoint.

So what do you think? Is this just noise in the Tablet market or are you as excited as I am? Do you think there is any chance Microsoft will be able to stop the iPads death grip on the world? Would love to hear your comments.