Microsoft today rolled out new preview build 17751 to Insiders in the Fast ring. And the official name for the next release is Windows 10 October 2018 Update.

Microsoft today released Windows 10 Redstone 5 preview review build 17751 to Insiders in the fast ring. There are no new features to report in this latest build, but there are plenty of fixes and improvements to note as we get closer to the next major feature update which is expected this fall. In fact, in today’s blog post, the company notes that this next release will officially be called the Windows 10 October 2018 Update. In addition to showing off some new hardware, Microsoft made the announcement of the next official release name at the IFA trade show in Germany. 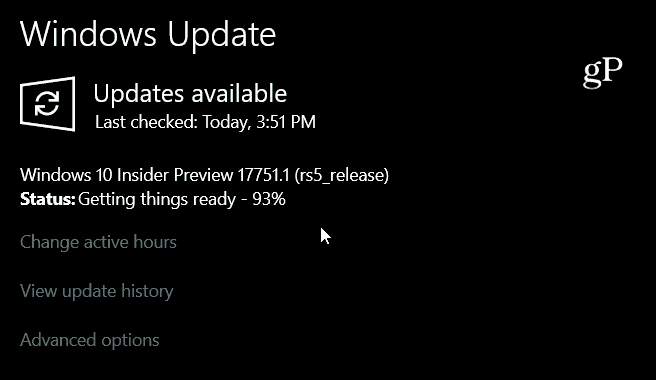 Here is a look at the lengthy list of changes, improvements, and fixes for this latest Windows 10 Redstone 5 build:

And with all preview builds, there are a few known issues and workarounds, too. Make sure to read the full release notes for all the details. If you’re an Insider, let us know how these latest RS5 builds are (or aren’t) working on your testing systems.