Microsoft today is releasing Windows 10 preview build 19546 to Insiders in the Fast ring. Here’s a look at what you can expect.

Today’s build introduces a Graphing mode in Windows Calculator and other system improvements.

The main front-facing change in today’s build is a new Graphing Mode in Windows Calculator.

Graphing capabilities are also essential for students who are beginning to explore linear algebra. With this feature, we hope to empower students to learn mathematics by improving their conceptual understanding and attitudes towards math. 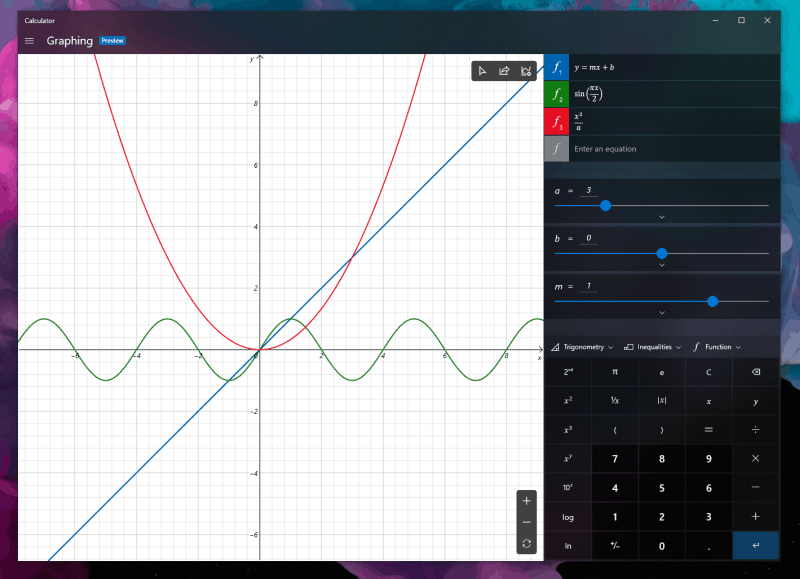 In addition, the company is introducing a beta version of the Indexer Diagnostics app. The tool is meant to “Enhance your understanding of the capabilities of search, as well as increase the troubleshooting ability and support for general Windows Search issues,” the blog post notes. To use the new app you’ll need to be running Windows 10 1809 or higher. You can get the new app in the Windows Store here.

In addition to the features shown above, here is the list of other improvements and fixes in today’s build:

It’s important to remember that Insider builds are for IT admins, coders, and enthusiasts. Don’t install preview builds on your primary production PC. Preview builds contain bugs and stability issues. If you want to test new builds and provide feedback for Microsoft, install them on a secondary machine or VM.

Also, note that the Fast ring of the Insider program works differently since the testing of 20H1. This next version is in the active development branch called RS_PreRelease.

The features available test in the current Fast ring could show up in the following update later this year. The features you test may not be in the next build at all. For more info check out Microsoft’s blog post on how the new Fast ring works for Insiders.