Microsoft today released Windows 10 19H1 preview build 18356 to Insiders in the Fast ring. This is the first Insider build of the week and comes on the heels of build 18353 which rolled out last week. Today’s new build actually includes a couple of new features including the ability to mirror and interact with your Android phone from your PC using the Your Phone app. Here is a look at what you can expect.

Screen Mirroring allows you to send your Android’s screen to your PC. The company says: “Whether scheduling a ride to the airport or checking your social updates, do it with ease from the comfort of your PC without having to take your phone out of your bag or go back and forth between devices.” The feature is set up via the Your Phone app via what Microsoft calls “phone screen” and is still early development. Currently, it only works with a limited set of Microsoft devices and Android phones. 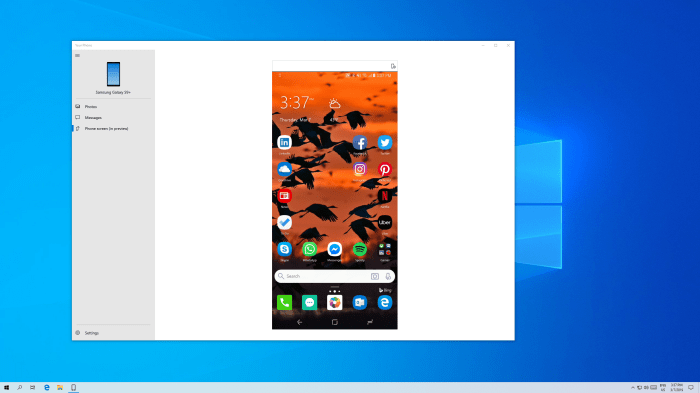 In addition to the updates above, here is the list of other changes and improvements included with this build:

Remember that with all preview builds, there are still plenty of known issues for users and developers alike. Make sure to read Microsoft’s full blog post for all changes, known issue, and workarounds for this build.