Microsoft today released a new cumulative update KB4284848 for Windows 10 1803 April Update which comes just a couple weeks after KB4284835 which was released for this month’s Patch Tuesday. There are no new features to note in this latest update but there is a lengthy list of bug fixes and improvements and bumps your build to 17134.137. Here’s a look at what you can expect.

Here is a look at the list of improvements and bug fixes with this latest cumulative update:

You should get this update automatically in the next couple days through Windows Update or download the standalone version and install it manually. After installing the update, hit the Windows Key and type: winver and hit Enter to see your version has been bumped to Build 17134.137. 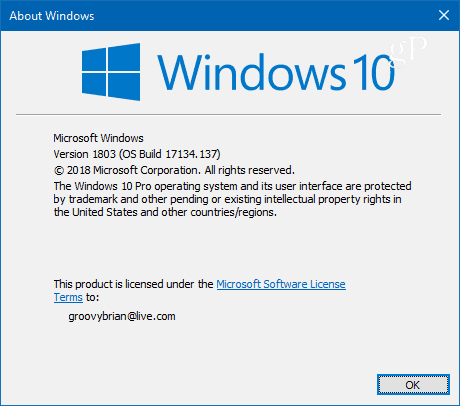