Microsoft today is releasing Windows 10 Insider preview build 20161 to the Dev Channel (Formerly known as the Fast ring). Today’s release follows up last week’s build 20152. Today’s build has some new front-facing features. Here’s a look at what you can expect.

Some of the new features in today’s release include Theme-aware tiles in Start. “We are freshening up the Start menu with a more streamlined design that removes the solid color backplates behind the logos in the apps list and applies a uniform, partially transparent background to the tiles,” writes Microsoft’s Brandon LeBlanc. 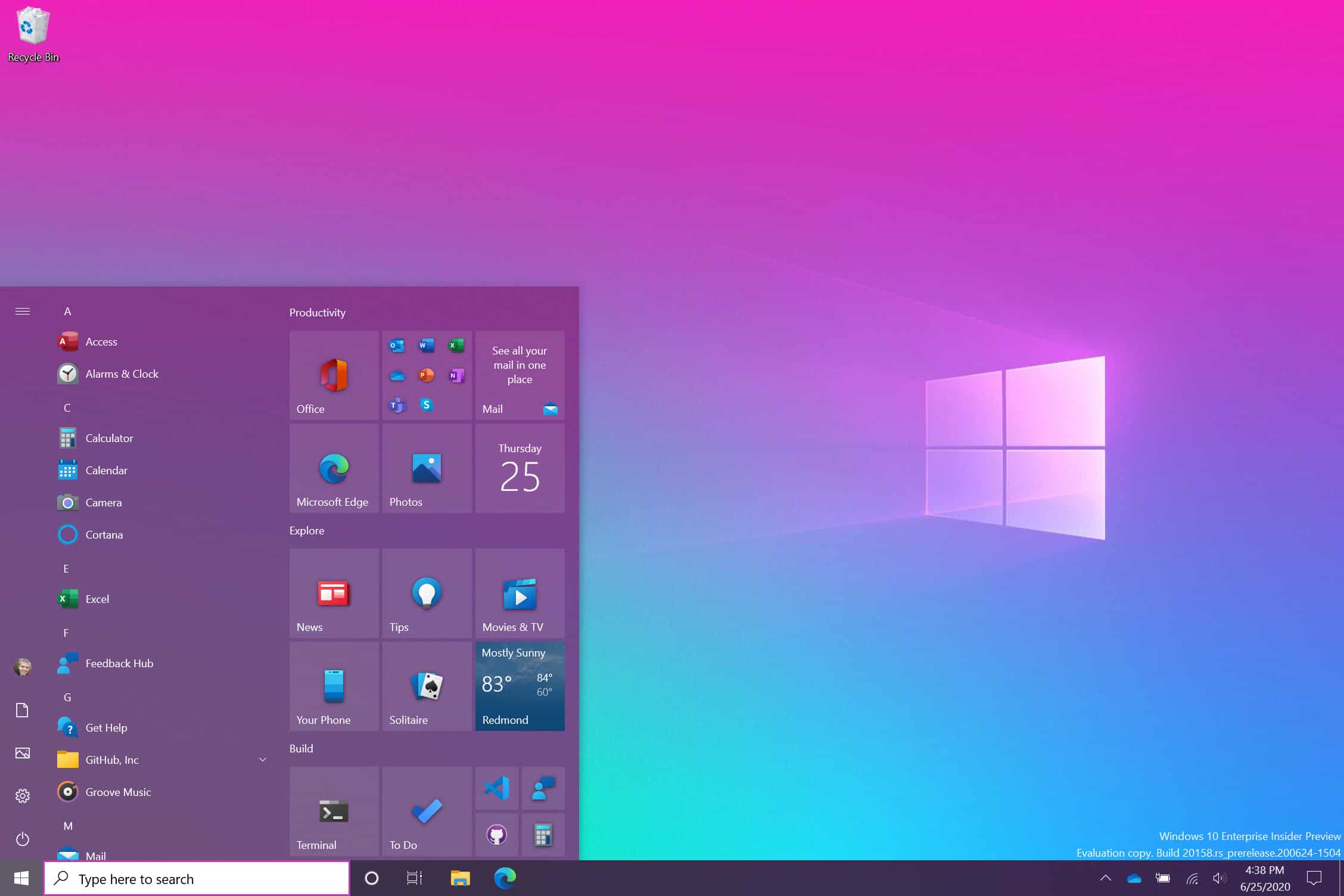 Other features include Alt+Tab for Microsoft Edge, a more personalized taskbar for new users, a new notification experience, and improvements to Settings. In addition, the new Windows Calculator graphing mode feature is rolling out.

Don’t forget that Insider builds are meant for coders, IT admins, and Windows 10 enthusiasts who want to test new features and submit feedback to Microsoft.