Microsoft today is opening enrollment for Windows Insiders who want to join the Skip Ahead branch to start testing the next feature update.

Microsoft today announced it is opening enrollment for Windows Insiders who want to join the “Skip Ahead” branch of the program. This is for Insiders who want to move on to testing the next feature update for Windows 10 which is expected in the Spring of 2019. Even if you were in the Skip Ahead ring before, the company has reset the program and you’ll need to re-enroll. There are a limited number of Insiders allowed to join the program and once the limit has been reached, it will be closed.

Microsoft announced open enrollment for the Skip Ahead branch via Twitter:

Skip Ahead is now open! #WindowsInsiders can now choose to “skip ahead” to the next feature update of Windows 10. Please note: Only a limited number of Insiders will be allowed to skip ahead and once that limit has been reached, Skip Ahead will be closed. pic.twitter.com/Uw1xvPntDf

To re-enroll for the Skip Ahead branch of the Insider program, head to Settings > Update & Security > Windows Insider Program and change your ring. Under the “What kind of content would you like to receive?” section change it from Active development to “Skip ahead to the next Windows release” and your pace will automatically be set to Fast. 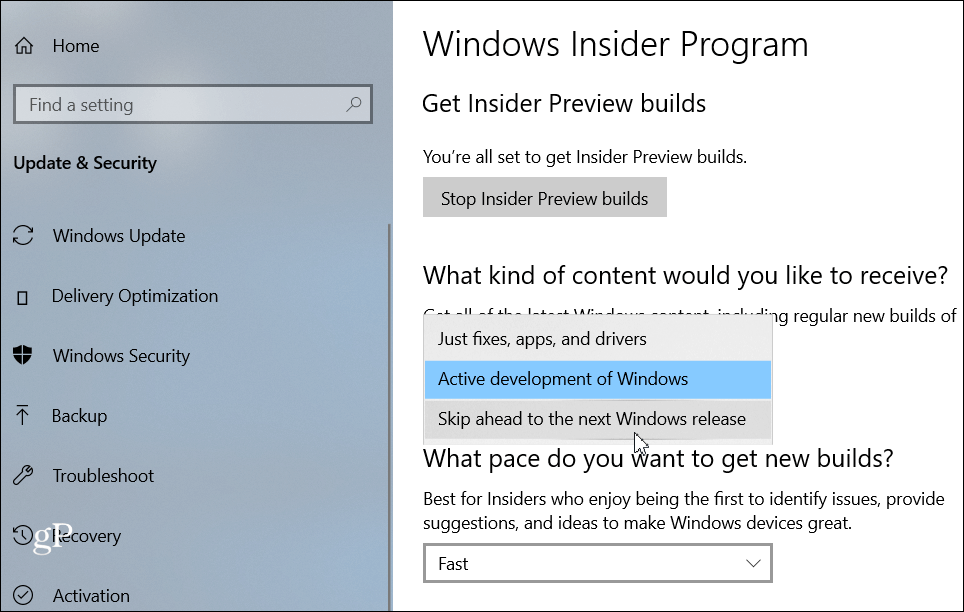 Microsoft is also getting rid of the “Redstone” codename with the next flight of Insider builds. And is currently being dubbed under the codename of “19H1” – which could also change. While Insiders in the Fast or Slow ring will continue to get new updates for Redstone 5, the company is wrapping up development. The next major feature update should be rolling out to the public the fall – most likely in October.

Remember, this program is for testers and enthusiasts who want to get their hands on the latest new features rolling out from Microsoft to Windows 10. The faster you get the new features, the buggier everything will be. Whether it’s Fast, Slow, or Skip Ahead, you don’t want to put Insider builds on your main production system as there are always issues to be ironed out. But if you do want to play with new Windows 10 features early, you can install it on a second PC or in a VM.