Google Earth has hit the 1 billion download mark., Google announced today. Quite the milestone. Launched six years ago, the free service brought satellite imagery to the desktop of any tech user who wants to find a place in the world. And it brings ego-googling to a new level! Here’s a shot of Ormond Beach, FL — where I grew up. 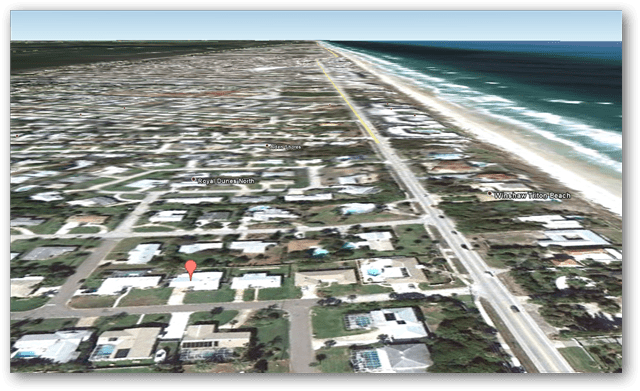 “We’re proud of our one billion milestone, but we’re even more amazed at the way people have used Google Earth to explore the world,” writes Google Earth and Maps engineer Brian McClendon at his blog, posted early Thursday. With the addition of enhanced Google visual search tools, expected out early next year, my verdict: The world is getting smaller, but Google Earth is getting bigger.

Check out Google’s new OneWorldManyStories site, a collection of innovative and just generally wild Google Earth use cases. It lists Professor David Kennedy of the University of Western Australia, who has used Google Earth to discover ancient tombs and geoglyphs dating back millennia.  Kennedy says he’s discovered 1,977 structures in the lava fields surrounding Jeddah, in Saudi Arabia. These include many as yet undiscovered tombs, mounds and other significant finds.

How do you use Google Earth? Got tips, tricks and workarounds to share? Email groovyNews@groovypost.com