The latest version of Firefox is now available on Mozilla’s site for download. If you’re an early adopter, you can download it now and not have to wait to be updated.

Today we watched as Firefox 9.0 was made available on different download sites around the web. And is now available now for download on the official Mozilla website. Mozilla is officially announcing and pushing the update tomorrow.

There isn’t anything different graphically in the user interface in this release. Mozilla touts this version of Firefox will improve JavaScript performance by 20 –30 percent. 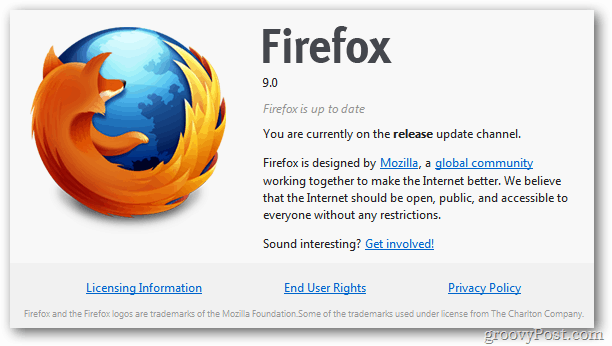 I downloaded it on my Windows 7 system and it seems to have more zip than previous versions. More testing is still in order though. For more, check out Mozilla’s release notes.

What do you guys think? Leave a comment and let us know.