Amazon today announced that its flagship Fire HD 10 tablet is getting a nice upgrade and lower price of just $150.

Amazon today announced that its flagship Fire tablet is getting a nice upgrade and lower price. The Fire HD 10 tablet comes with a 10.1-inch, 1080p display. This makes it the first tablet from Amazon with that type of quality since the 2013 Fire HDX. Amazon has provided a significant price reduction with tablets starting at $150, which is $80 cheaper than the previous $230 entry-level price. 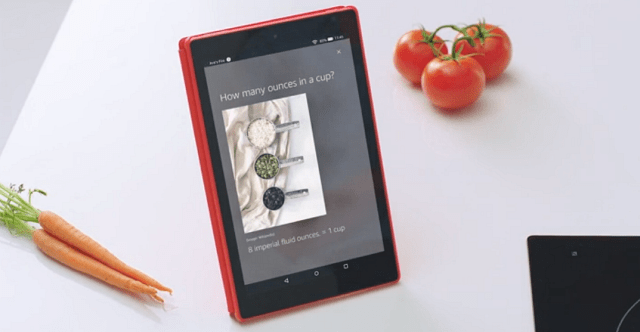 In addition to the improved 1920×1200 1080p display with over 2 million pixels, the company says the new tablet will be 30% faster. It has a new 1.8 GHz quad-core processor with 2 GB of RAM and 32 GB of storage. It also includes a micro-SD slot that allows you to expand storage up to 256 GB. The company is touting 10 hours of battery life, too.

One of the most notable changes to the operating system is the inclusion of what the company is calling Alexa Hands-Free. When enabled, it will make the tablet work similar to other Alexa-enabled devices. Although you aren’t getting the same Amazon Echo functionality since the mic array and speakers are of less quality. Still, at only $149, the Fire HD 10 could prove to be an interesting alternative to the Echo Show with costs $229. 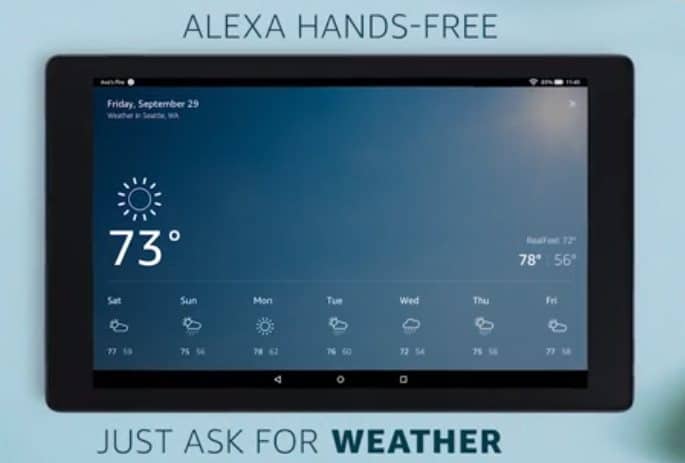 Another new addition to the OS is a new personalized page called “For You” that can be accessed from the home screen. It learns what you do most often on the tablet and then provides personalized recommendations for books, songs, videos, and apps that will help you get the best entertainment experience while using the tablet.

Obviously, this isn’t the top of the line hardware you would expect from an iPad or Microsoft Surface. But it is packed with a lot of functionality, including a hands-free Alexa, and the price is right. It should make a nice addition if you are an Amazon Prime member and have a lot of digital content like audiobooks, videos, and music.

The new Fire HD 10 tablet will come in blue, black, and red with optional covers for an additional $40. However, there, of course, bundle deals which include a cover and screen protector. As always, the base version comes with “special offers” but you can remove them for a one-time fee of $15. The new tablet is available for Pre-order now and will ship on October 11th.

This upgrade includes a nice set of new features like improved speed, higher res screen, and hands-free Alexa. Plus, with a much lower price point of $150, even if you haven’t owned a Fire tablet before, this might be the time to try it out.