Today Adobe and Microsoft announced plans to finally put down the old dog, Flash. Let’s review the details as well as when we can expect full support to end for the legacy web technology.

Adobe is finally putting to rest one of the most popular web technologies of the 2000s, Flash. We previously mentioned Flash in our list of technologies you need to stop using, primarily due to security issues; however, it continues to linger throughout the web due to many websites not embracing the modern, secure standards such as HTML5. Well, it looks like our wish will finally come true – in three years.

Today, Adobe announced on its blog that it intends to sunset flash in favor of newer technologies like HTML5, WebGL, and WebAssembly. The plan is to drop support by 2020 officially.

Given this progress, and in collaboration with several of our technology partners – including Apple, Facebook, Google, Microsoft and Mozilla – Adobe is planning to end-of-life Flash. Specifically, we will stop updating and distributing the Flash Player at the end of 2020 and encourage content creators to migrate any existing Flash content to these new open formats.

Microsoft also contributed details on its plans to remove support for Flash from Windows by 2020.

We will phase out Flash from Microsoft Edge and Internet Explorer, culminating in the removal of Flash from Windows entirely by the end of 2020. This process began already for Microsoft Edge with Click-to-Run for Flash in the Windows 10 Creators Update. The process will continue in the following phases: 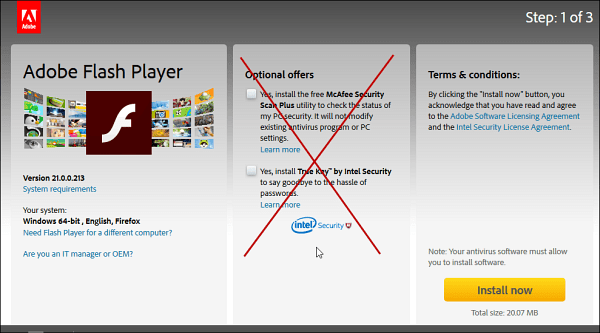 Microsoft first bundled support for Flash, starting with Windows 8, after the company’s failed competitor, Silverlight, lost interest in the market. Flash wasn’t all bad, especially at a time when the web was beginning to mature. However, it really brought new, exciting experiences to users through new forms of interactivity, multimedia, animation, and games.

But as its popularity grew with web developers, it also became popular with hackers. The list of exploits just seemed never to end. So it’s no wonder the platforms are finally putting down this sick and old beast.