If you’re an Xbox 360 gamer, a the cool feature in Windows 8 Customer Preview is the Companion app. It lets you control aspects of your Windows Live account and use your Windows 8 tablet as an Xbox controller. It’s still in App Preview stage, but gives you an idea of what you can expect with the final version.

If you’re an Xbox 360 gamer, a the cool feature in Windows 8 Customer Preview is the Companion app. It lets you control aspects of your Windows Live account and use your Windows 8 tablet as an Xbox controller.

Note: Before you start, make sure you’re logging with the same Windows Account on your Windows 8 system and your Xbox Live account on your console.

On your Windows 8 system, launch Xbox Companion from the Metro Start screen. if you don’t have it listed on your Start screen you can download it from the App Marketplace. 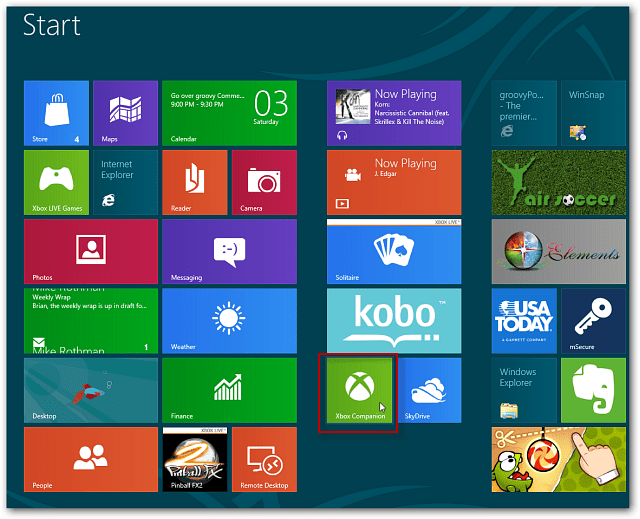 Click I Accept to the Xbox Companion Beta Program Agreement. 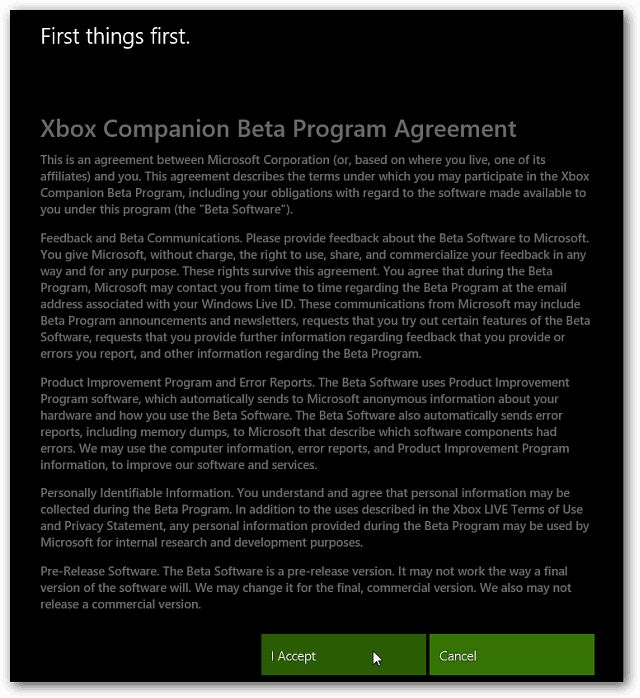 Now, turn on your Xbox console. Scroll over to Settings and select System. 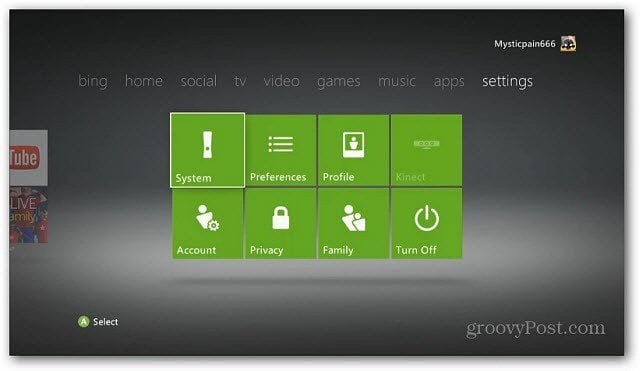 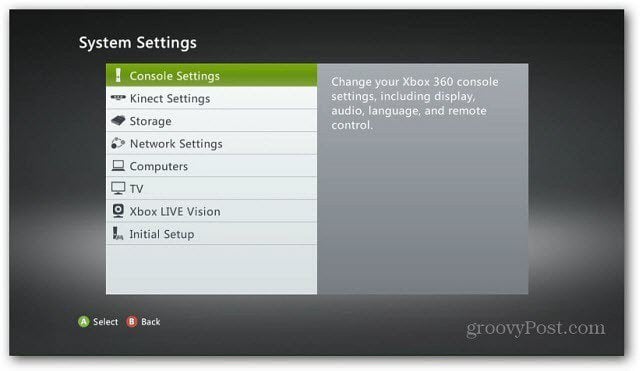 On the Console Settings screen, scroll down and select Xbox Companion. 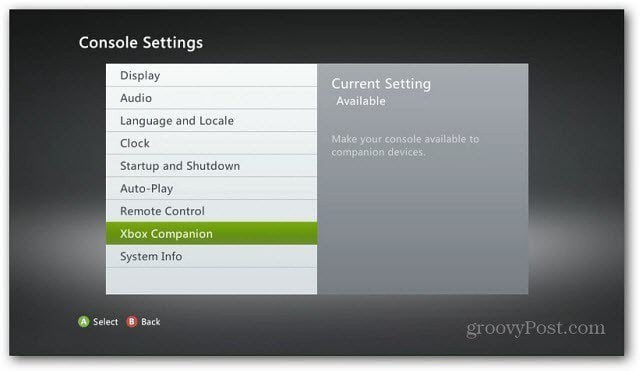 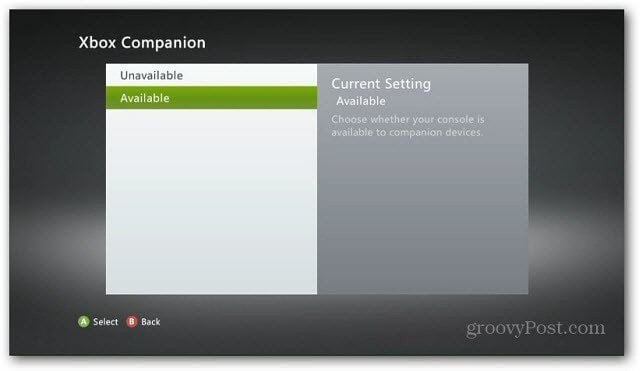 Now go back to your Windows 8 system and click Connect. 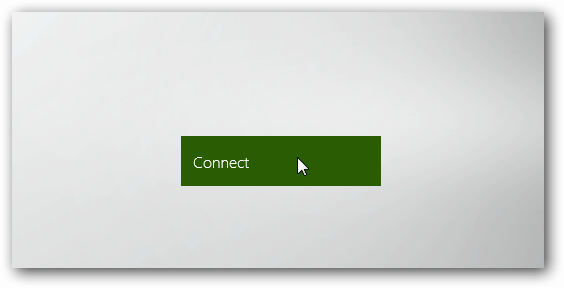 When connected, you’ll get a menu of Xbox 360 menu items on your Windows 8 computer. 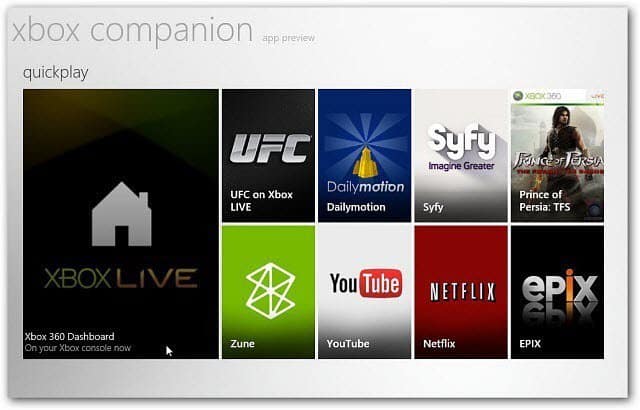 You’ll see you’re connected to the Windows Xbox Companion app on your Xbox too. 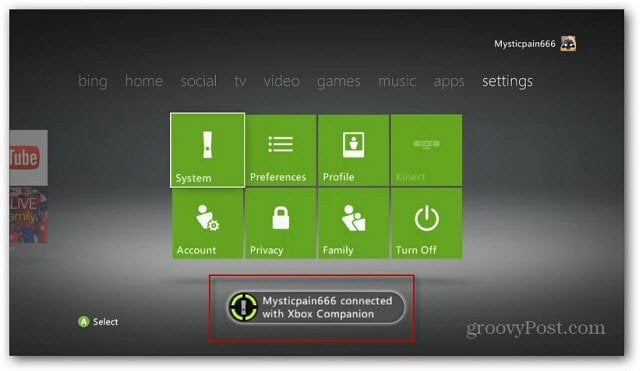 Now you can control your Xbox 360 from your Windows 8 system. An interesting features is using the Xbox Companion app as a controller. Right click on the Xbox Companion screen to bring up a menu at the bottom of the screen. Select Xbox Controls. 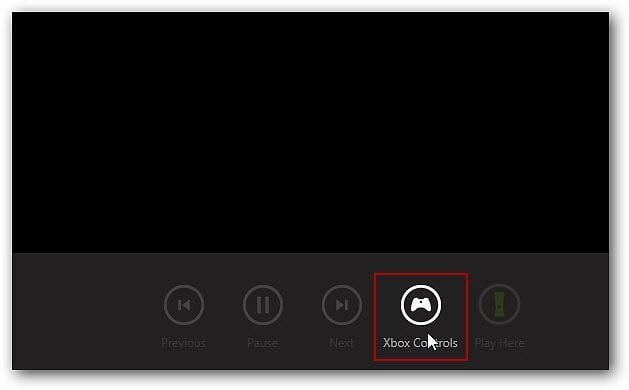 Obviously this feature would work best with a tablet running Windows 8. 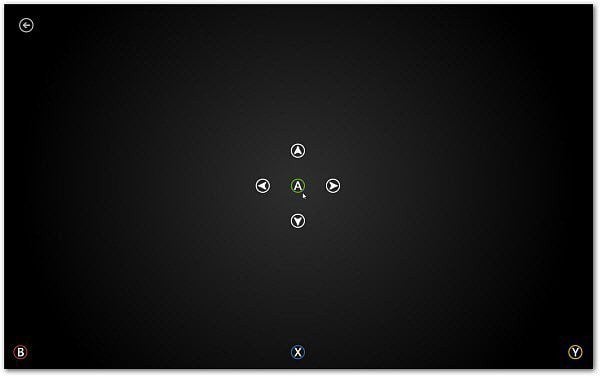 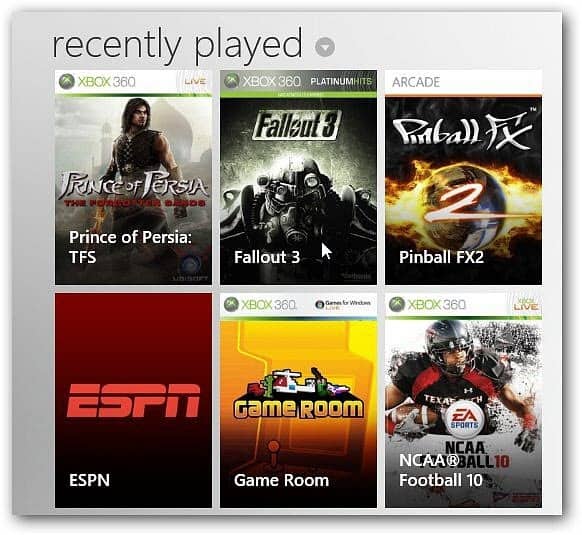 The Xbox Companion app lets you customize your avatar. 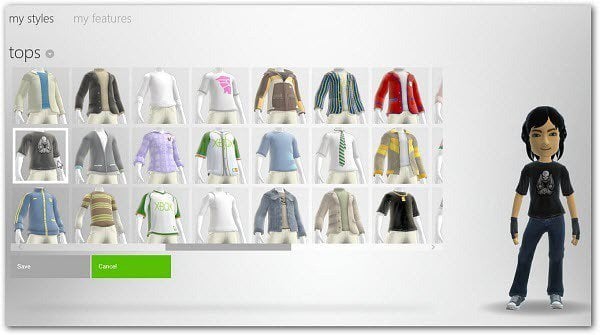 And browse through games and demos, the Zune Movies and Music Market place. 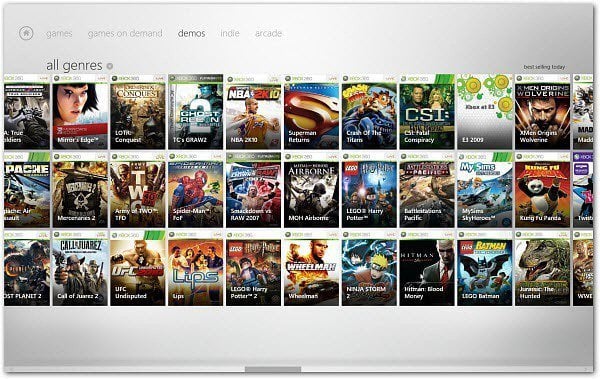 Click on a game and you can watch a trailer of it for review. 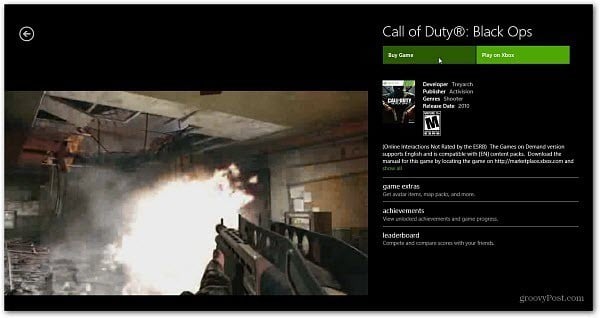 Remember this is still an App Preview and some of the options are grayed out or just don’t work. But this gives you an idea of what you can expect with the final version.

If you have an Xbox 360 and Windows 8 Consumer Preview installed, the Xbox Companion app is definitely worth checking out. Have fun and let me know what you think of its potential.