If you’re running the Fall Creators Update, you might have noticed a “pick up where I left off” notification after a restart. Here’s what it is and how to turn it on or off.

If your Windows 10 system to the Fall Creators Update (version 1709) one of the new things you might have noticed is a message about picking up where you left off. This is a Cortana feature that allows some of the apps you were using during the last session to relaunch. You can also open previously run items from within the Cortana app on the desktop.

Update: In modern versions of Windows 10, Cortana has been separated from Search. It is no longer deeply integrated into the OS and this feature is no longer part of Cortana.

Using Cortana Pick Up Where I Left Off

If you’ve been using Cortana and had it set up before the upgrade, the feature should already be on. If not, open Cortana and open the Notebook and select “Pick up where I left off” from the list. 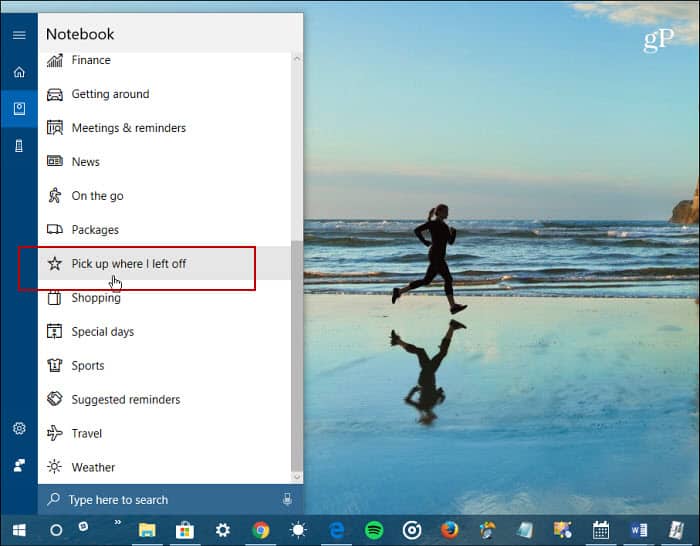 Then flip on the “Help me pick up where I left off” button and make sure to click the Save button at the bottom. 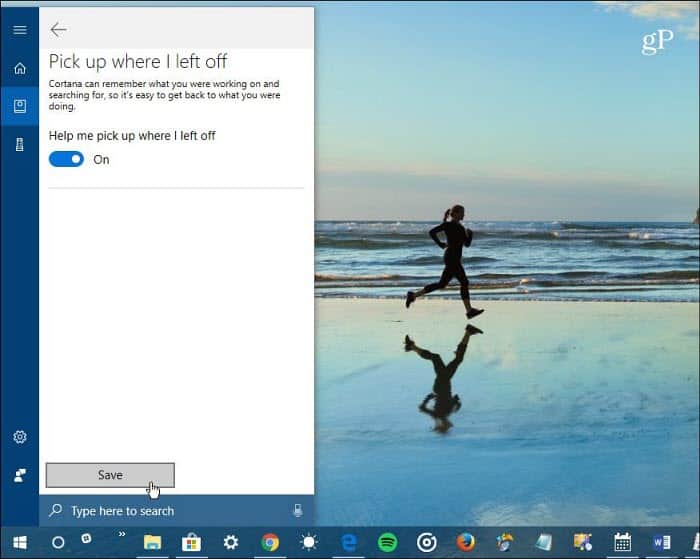 The next time you have to restart, some of the items you were using in the last session will launch automatically. Any Office documents will reopen and your browser will launch, too. You will also get a notification from Action Center.

When you click that notification, Cortana will open up and display some of the recent apps you had open during the last session. You can dive a bit deeper, too. Select “See More” to see up to a full week of opened app history that has been saved. 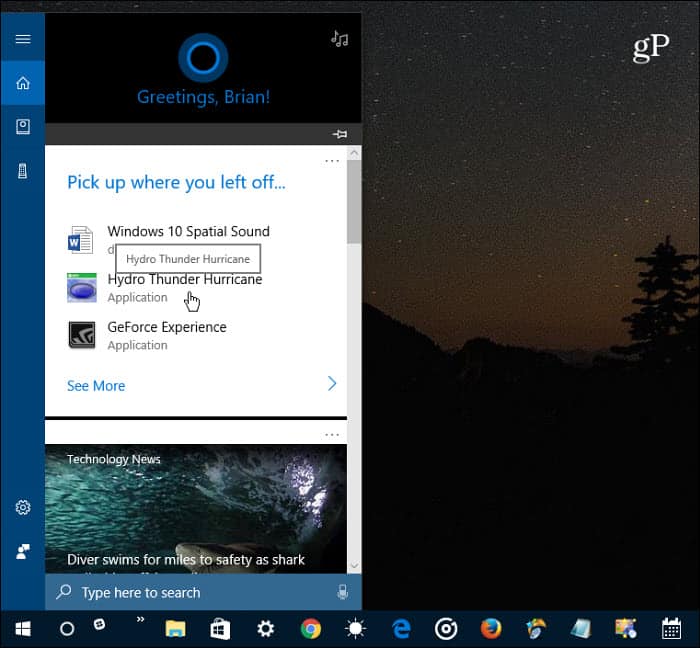 Unfortunately, not every app works with this new feature. And, depending on how the PC restarts, the notification doesn’t always appear. So far I’ve only seen Office applications and Chrome, and Firefox launch automatically. It’s odd that Microsoft apps don’t relaunch — not even Edge. At least not at the time of this writing. I would think that more apps will start to work in future updates, though.

This convenient feature seems to work if you need to restart after installing a new app, driver, or system update. You should also see this if your PC shuts down unexpectedly. However, it’s counter-intuitive for troubleshooting startup issues, where you would normally want a fresh start. In a situation like that, you’ll want to turn “Pick up where I left off” off.

What are some of your other favorite new features in Windows 10 version 1709? Let us know your thoughts in the comment section below or join our Windows 10 forums for more tips, tricks, and troubleshooting advice.