There’s an iPad App Library and real widgets coming to Apple’s tablet with iPadOS 15. These are features that were once exclusive to iPhone.

Apple often brings new software features to the iPhone before they land on the iPad. With iPadOS 15, the world’s top tablet is finally gaining two popular iPhone features, widgets and the App Library. Here’s how both features work on the world’s No. 1 tablet.

You’re not mistaken. Yes, there were already widgets on iPad with iPadOS 14. However, those were only Today View widgets that sat on the first page of the Home screen. Apple has unleashed the widgets in iPadOS 15, and now they look very similar to what you’d find on the iPhone.

On iPad, widgets come in different sizes and styles and are available for native and third-party apps. Not every app has a set of widgets. To access the widget creation screen, you need to hard-press on a blank spot on your iPad Home screen, then click on the plus icon at the top left of the screen. You can also hard-press on an existing app icon for the same result.

The widget screen is arranged to highlight the different options available. You can look for widgets using the built-in Search or tap on one of the samples on the widget screen. You can also use the scroll on the left side of the screen. The sample widgets, like actual ones, are dynamic and show real-time conditions, when applicable. For example, a news widget offers up-to-date news headlines, just as a clock widget shows the current time.

To select and install a widget from the screen:

Among the others, you’ll find a Smart Stack widget that automatically rotates widgets to show the most relevant information throughout the day. When installed, the widget also lets you flip through different screens quickly. In the following example, you’ll see a Smart Stack that currently shows News. However, by scrolling up and down, you can visit other screens.

Siri Suggestions is Apple’s most unique widget. It automatically places app icons and other information on your Home screen that changes based on your usage patterns. For example, the widget might include icons for your favorite apps or links to your most visited websites. Other times, it might suggest making a FaceTime call to someone that you typically contact around a time of day.

Widgets are a great way to break up the monotony of the traditional iPad Home screen. They’re also functional information centers that, when tapped, allow you to move from the Home screen to apps to perform others tasks.

There’s not much you can do with installed widgets on the iPad besides moving or deleting them. To adjust the widgets:

Using the App Library on iPad

Until now, there were only three ways to organize apps on the iPad. You could move them manually, add them to user-defined folders, or let Apple manage them by resetting the Home Screen layout. The new iPad App Library doesn’t remove those options. Instead, it gives you more choices. You can find the iPad App Library after the Home screen pages on your iPad with iPadOS 15 installed.

Why would you want the same app icon to show up in both locations? Maybe you wouldn’t. With the iPad App Library, you can now reserve the iPad Home screen for only your most-used apps, thereby removing the clutter that might have piled up on your device over the years.

Because of space limitations, folders in the iPad App Library only show previews of some of the apps inside. Each folder shows large and small icons. By tapping on any of the large icons, you open the app; tapping on one of the smaller icons opens the entire category folder.

At the top of the iPad App Library, you’ll find a Search Bar. Tap on this to find a running list of all the apps installed on your device arranged in alphabetical order. You can scroll to see the app you want or begin typing the app’s name in the Search Bar.

Deleting and Organizing Apps in iPadOS 15

Do you have so many app-packed Home screens on your tablet that it’s become challenging to find content to enjoy? The introduction of the iPad App Library provides some much-needed order by allowing you to delete seldom-used apps from the Home screen while still keeping them installed on your device.

To delete an app on the iPad in iPadOS 15: 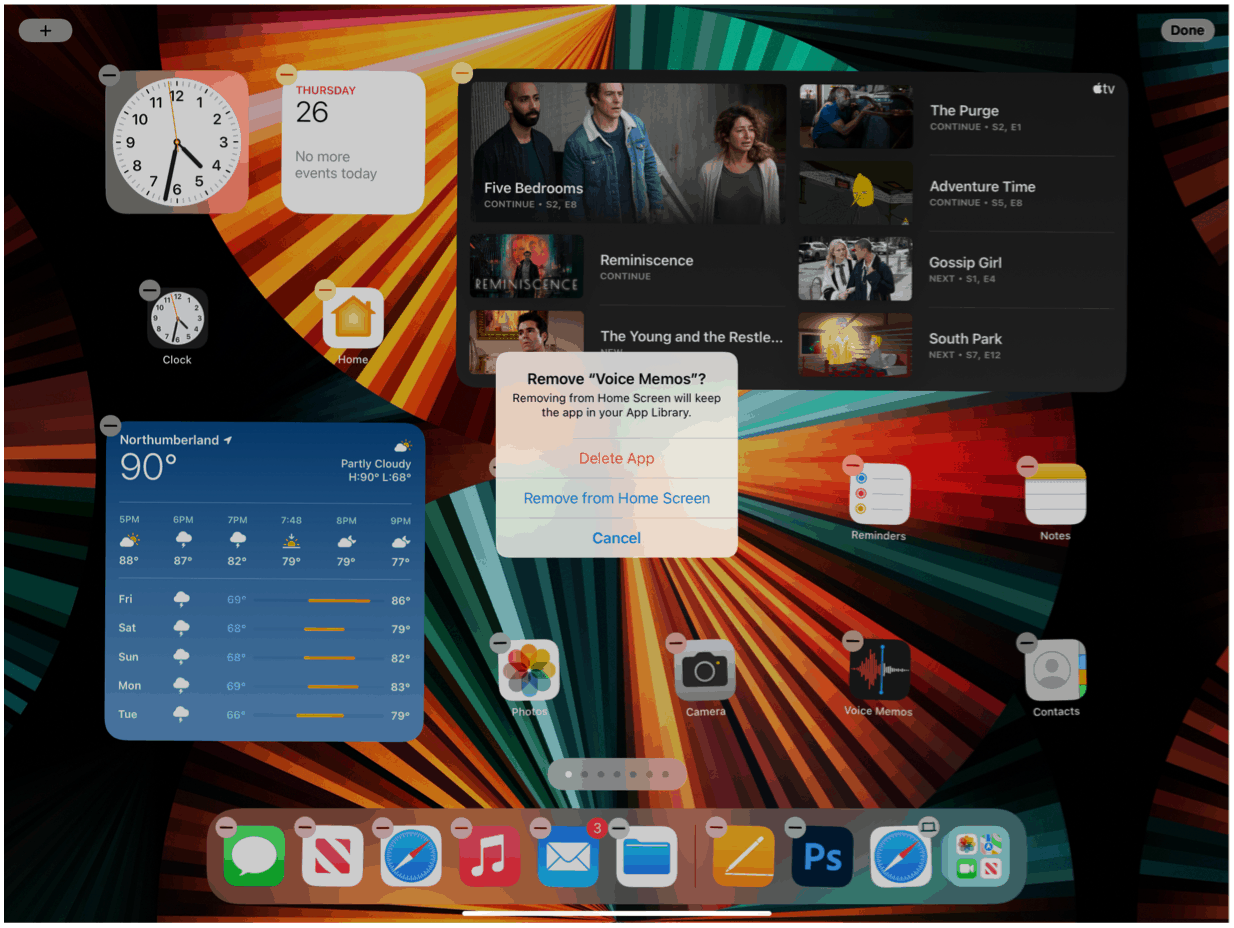 If you change your mind and want to once again have an app on the Home screen, you can do so from within the iPad App Library.

To add an app: 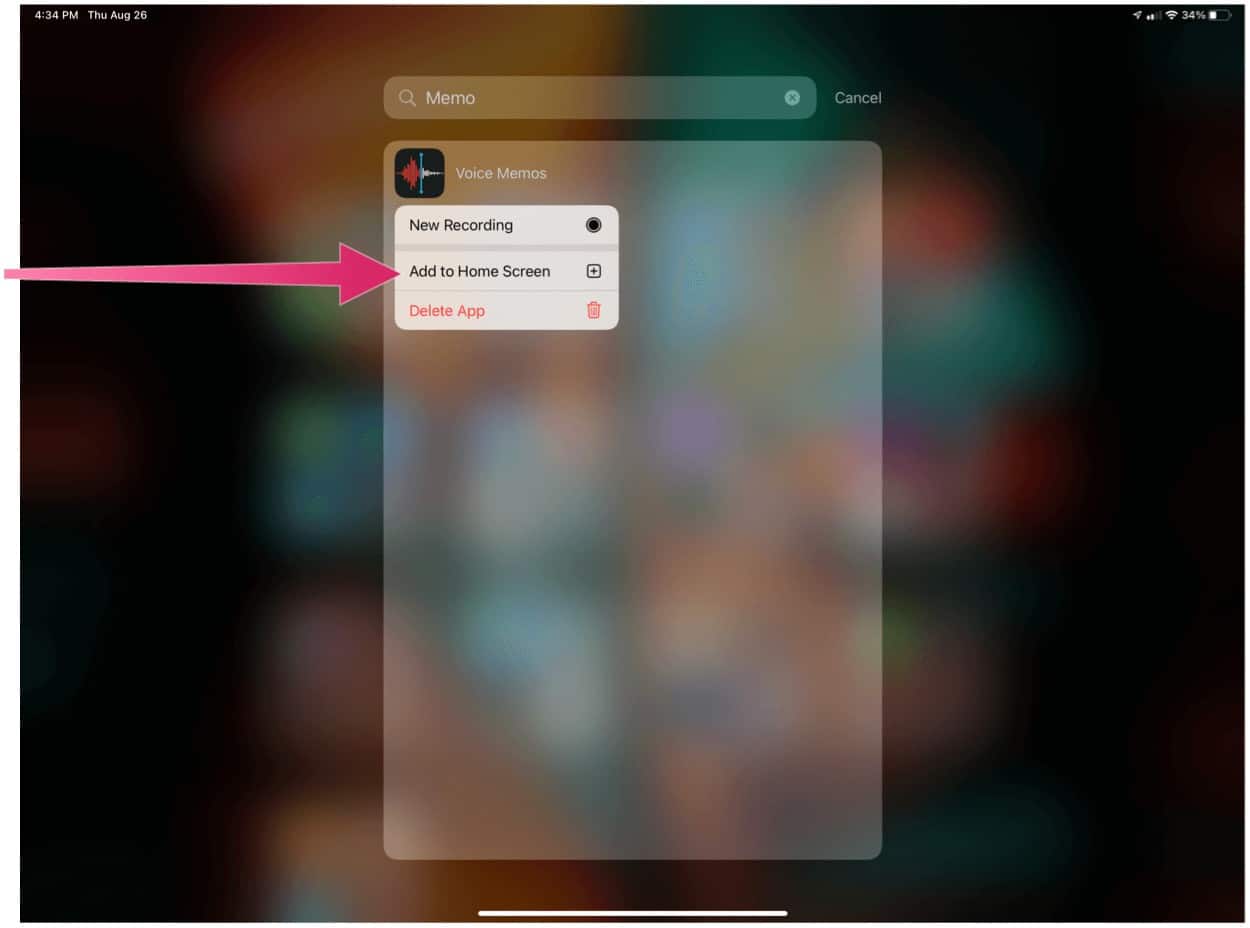 In iPadOS 15, you can also hide Home screen pages for the first time. By hiding these pages, you can get to the iPad App Library much quicker. To hide pages:

As you can see, big changes are arriving on iPad with iPadOS 15. Adding both (real) widgets and an App Library should make it easier to find the content you want and view it in fun, new ways.