The new iPhone App Library is part of the iOS 14 update that also includes widgets, improved Maps, and much more. Here’s how to use the App Library.

One of the most significant new features in iOS 14 is the iPhone App Library. The tool brings a whole new level of customization and control to your iPhone, as you’ll see below.

What is the iPhone App Library?

Until now, there were only three ways to organize apps on the iPhone. You could move them manually, add them to user-defined folders, or let Apple manage them by resetting the Home Screen layout. The iPhone App Library doesn’t remove those options. Instead, it gives you more choices. You can find the iPhone App Library after the Home screen pages on your iPhone with iOS 14 installed.

Before moving ahead, it’s important to note the iPhone App Library is separate from the regular iPhone Home Screen. Because of this, when you first download content from the App Store, the app shows up in both sections. In the following example, the official NFL app is downloaded from the App Store. Notice it’s now available on both the iPhone Home Screen and iPhone App Library. 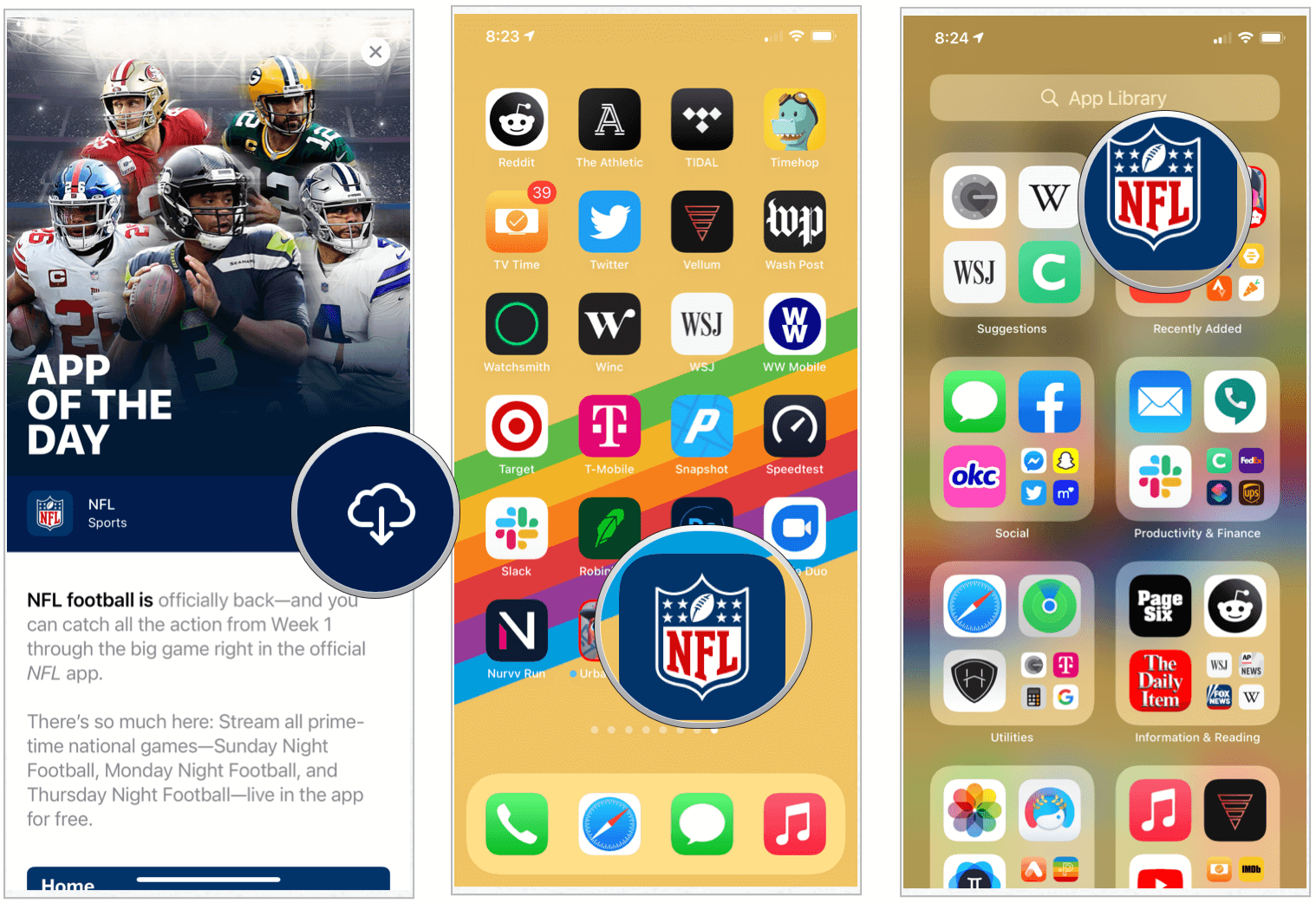 Why would you want the same app icon to show up in both locations? Maybe you wouldn’t. With the iPhone App Library, you can now reserve the iPhone Home screen for only your most-used apps, thereby removing the clutter that might have piled up on your device over the years.

Because of space limitations, folders in the iPhone App Library only shows a preview of some of the apps inside. Each folder shows large and small icons. By tapping on any of the large icons, you open the app; tapping on one of the smaller icons opens the entire category folder. 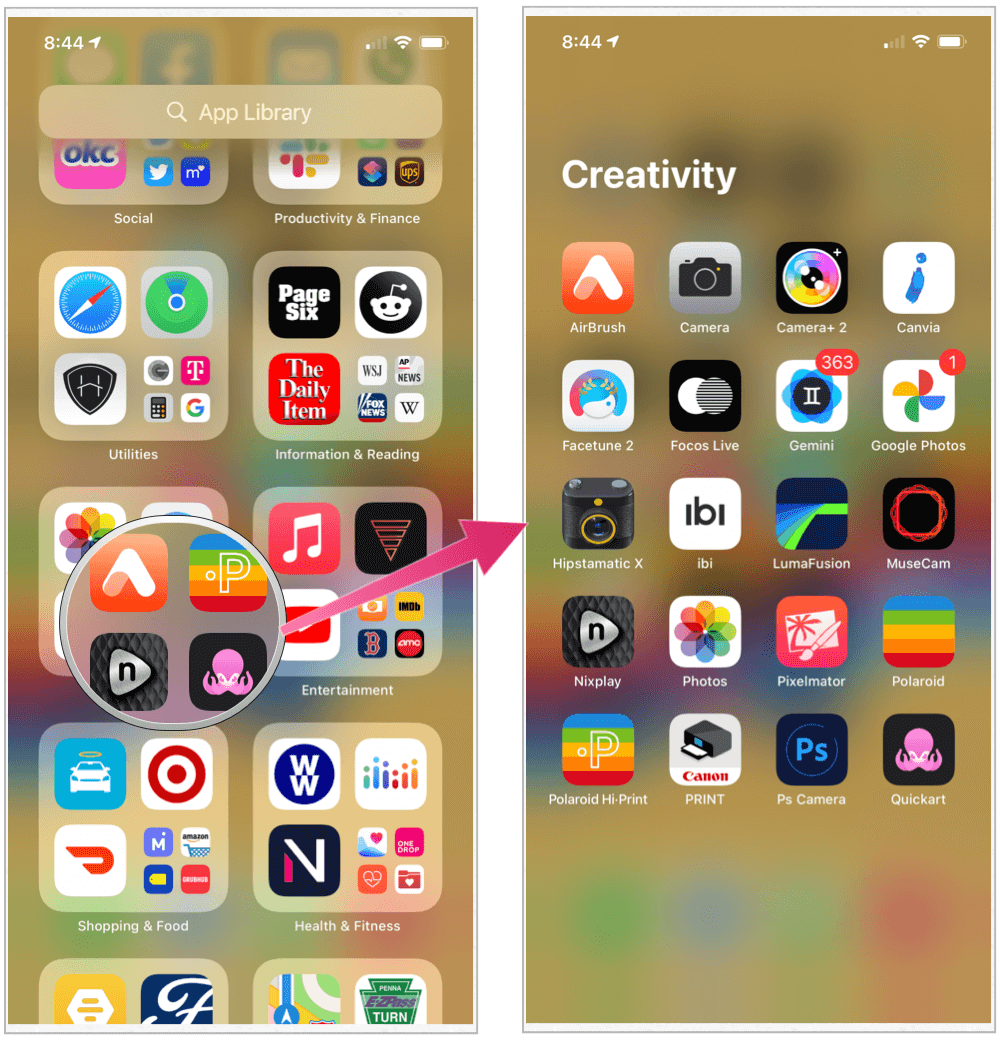 At the top of the iPhone App Library, you’ll find a Search Bar. Tap on this to find a running list of all the apps installed on your device arranged in alphabetical order. You can scroll to see the app you want or begin typing the name of the app in the Search Bar. 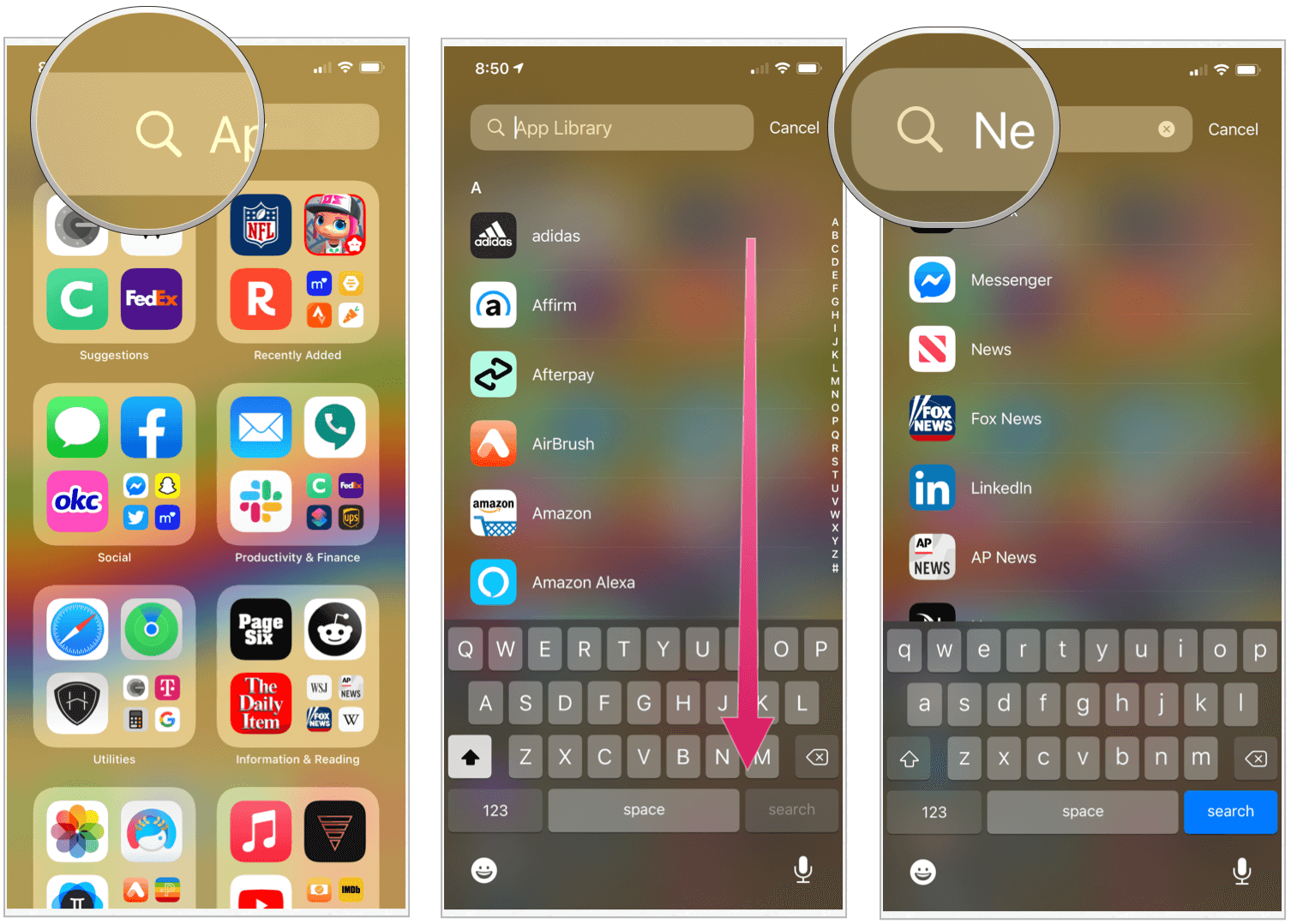 Do you have so many app-packed Home screens on your iPhone that it’s become challenging to find content to enjoy? The introduction of the iPhone App Library provides some much-needed order by allowing you to delete seldom-used apps from the Home screen, while still keeping them installed on your device.

To delete an app on the iPhone in iOS 14: 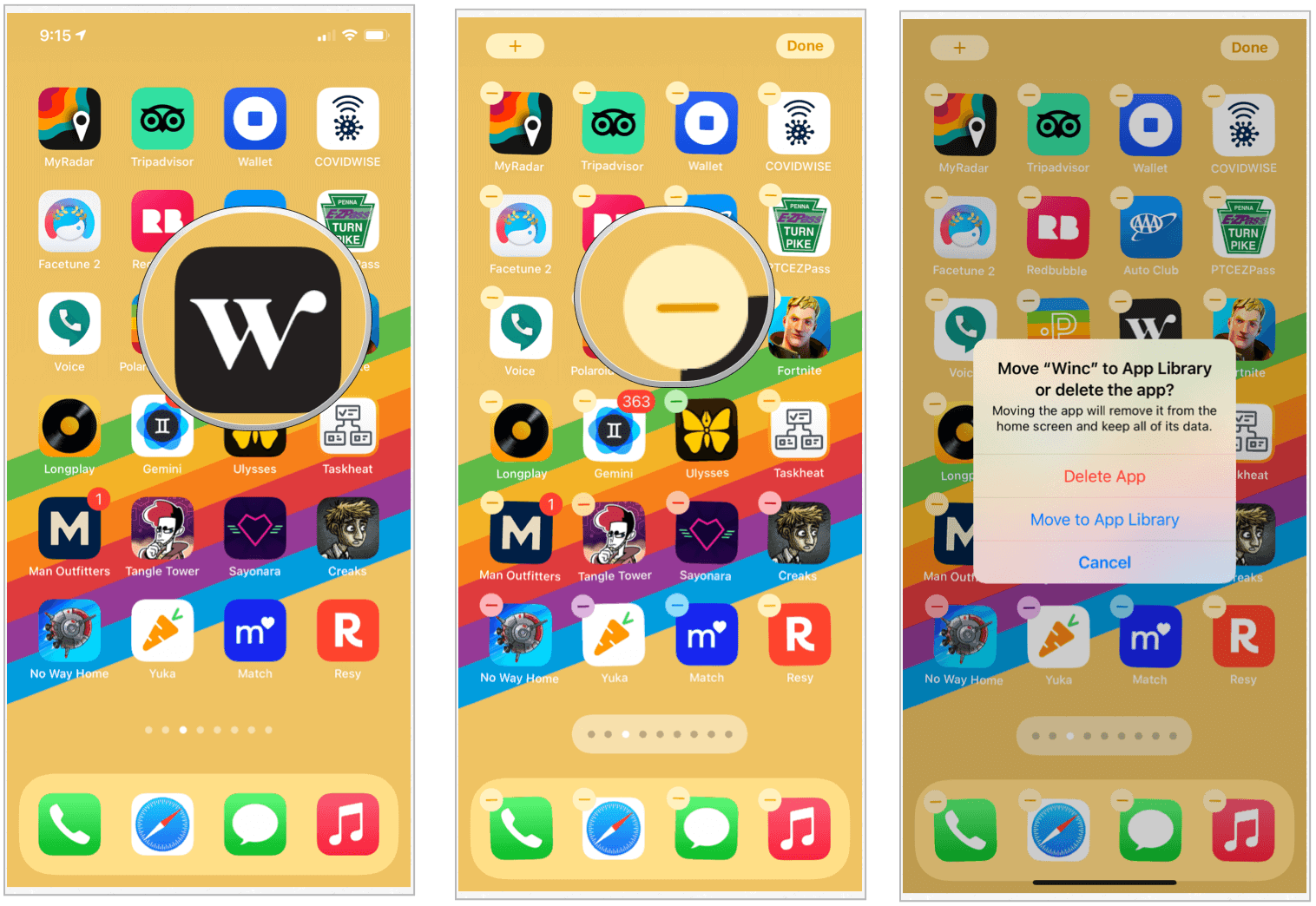 If you change your mind and want to once again have an app on the Home screen, you can do so from within the iPhone App Library.

To add an app: 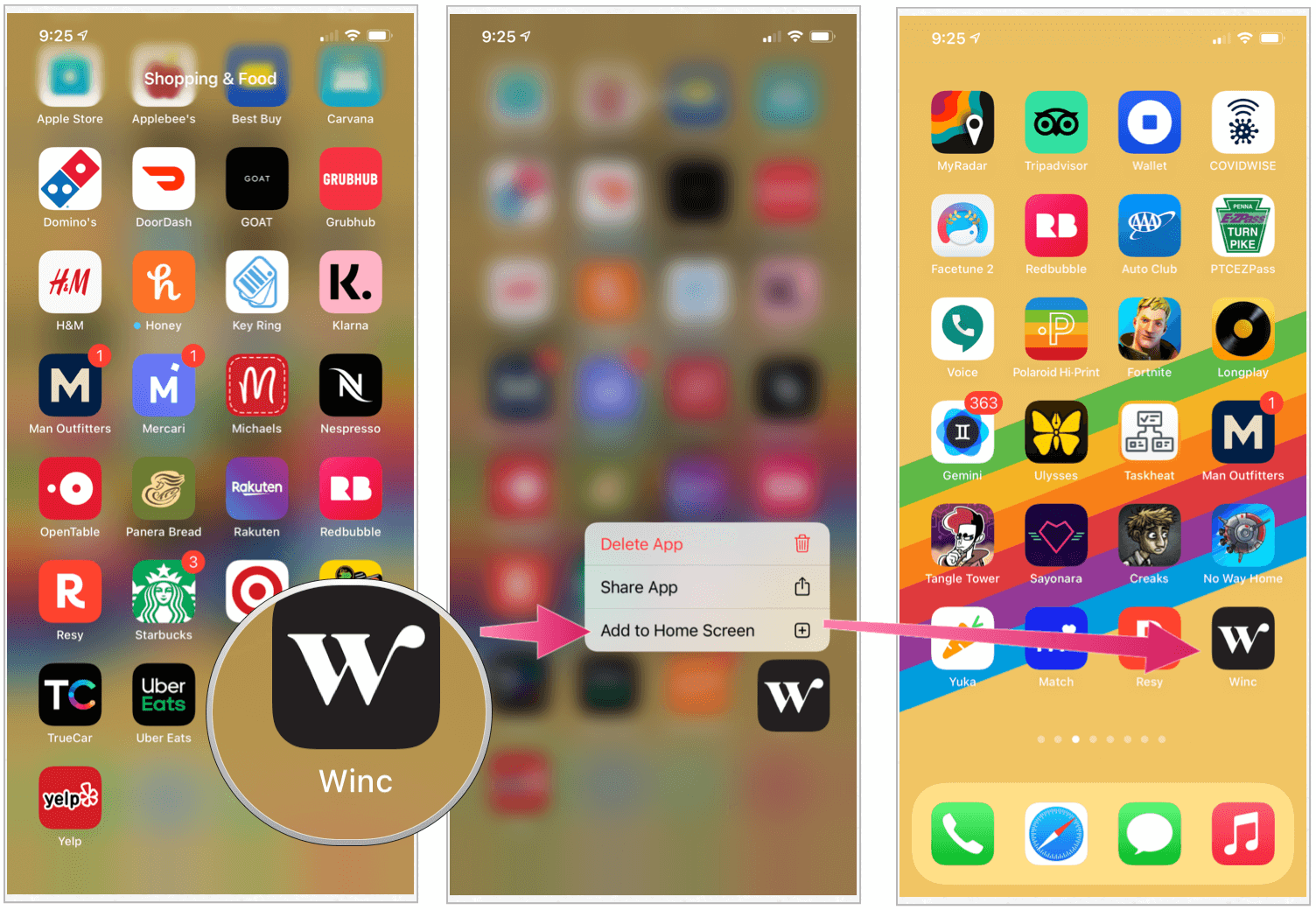 In iOS 14, you can also hide Home screen pages for the first time. By hiding these pages, you can get to the iPhone App Library much quicker. To hide pages: 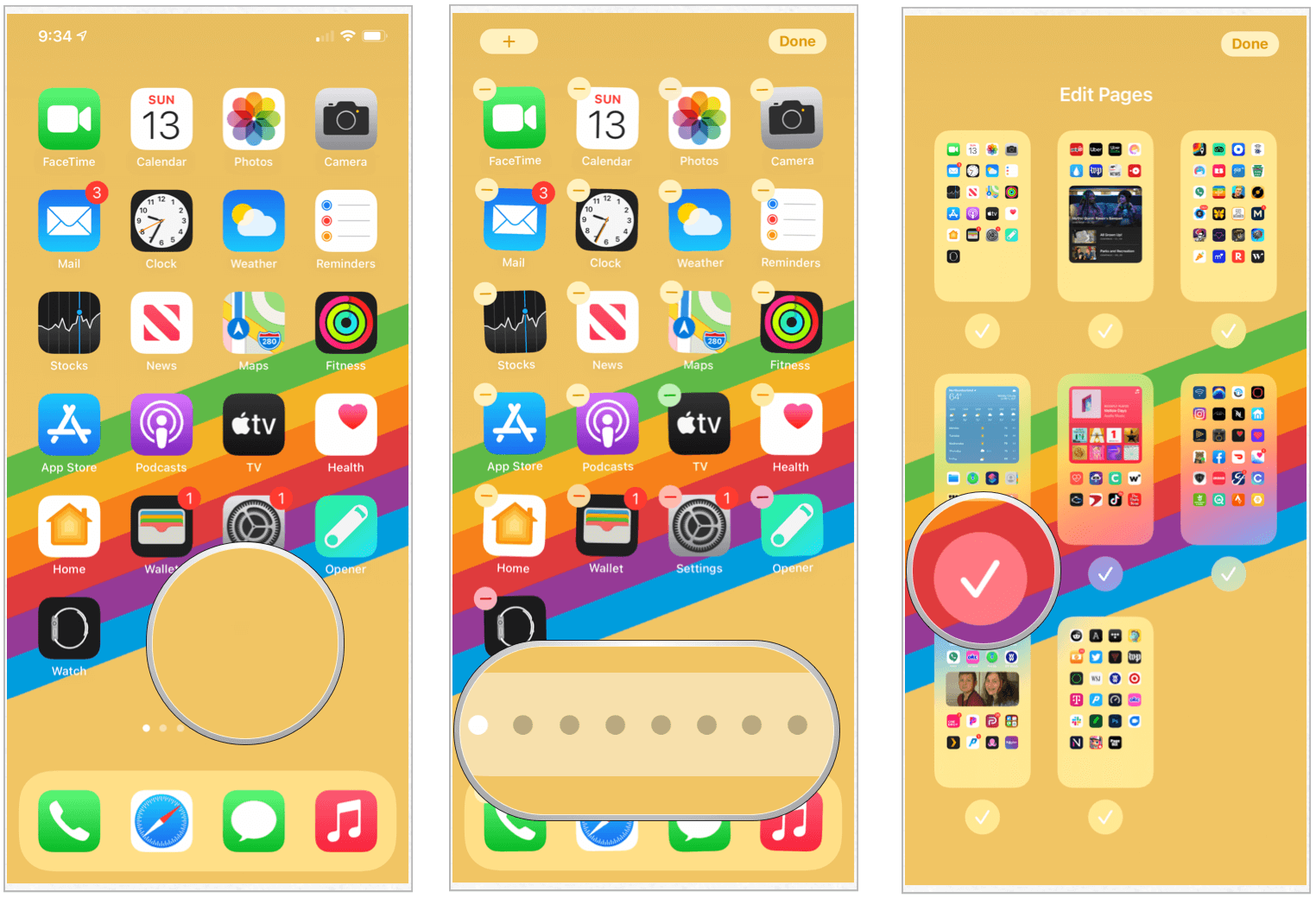 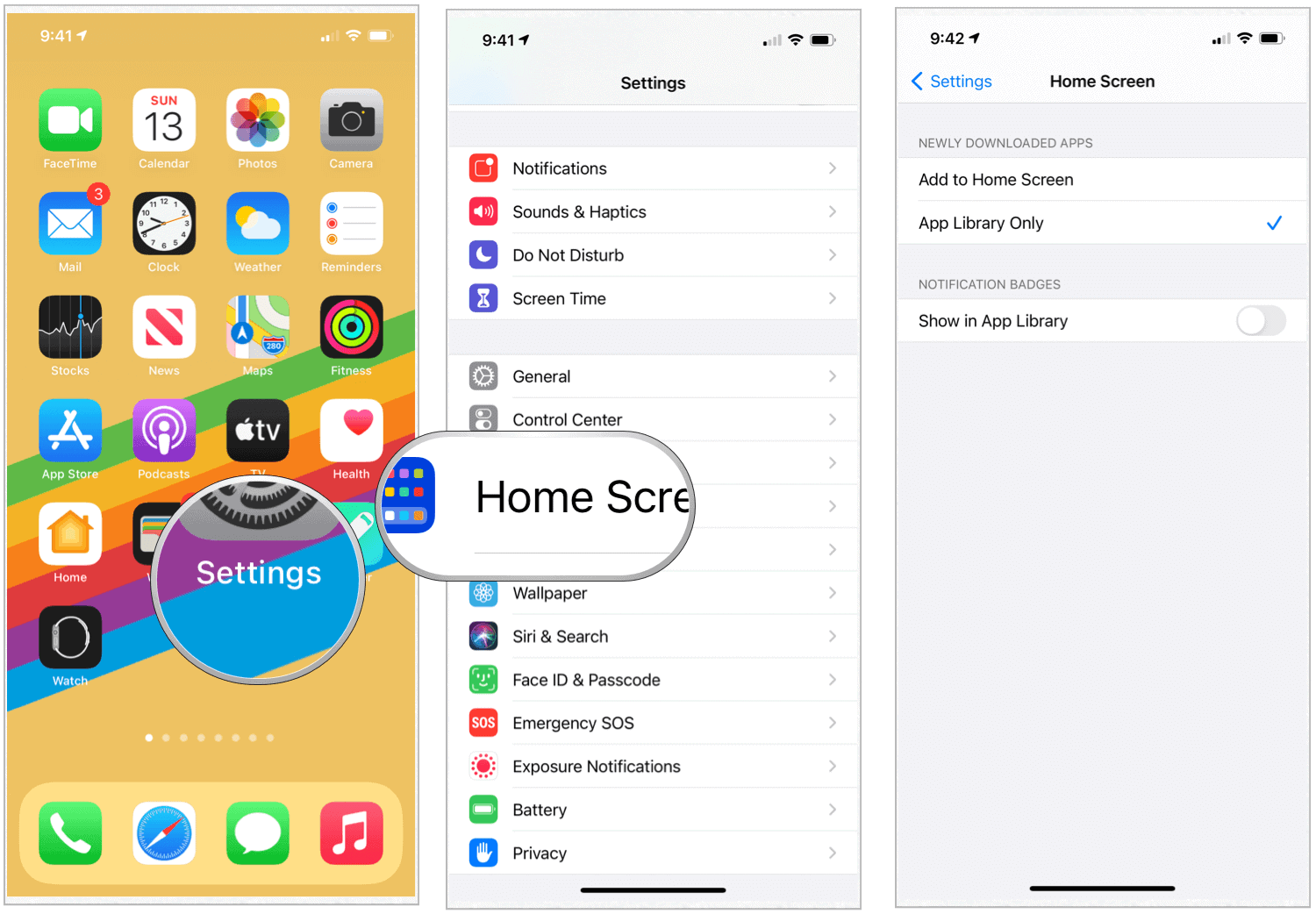 The new iPhone App Library is part of the iOS 14 update that also includes widgets, improved Maps, and much more.  It will be interesting to see how the tool develops over time. Even in its first release, however, the tool brings more customization to your mobile device.