There’s a new way to translate words on iPhone. In iOS 15, you simply need to highlight the text in an app and perform a few additional steps.

Thanks to the native Translate app, your iPhone was already pretty good at translating words and sentences into different languages. However, it’s even more convenient to translate words by introducing an all-new system-wide tool in iOS 15. Here’s how it works.

A New Way to Translate Words

The official Translation app, released with iOS 14, was primarily designed for two people to communicate side-by-side with a mobile device between them. With a touch of a microphone button, one person said something into the device with their primary language. From there, the app automatically translates the word or sentence into the other person’s language, and back and forth they go.

In iOS 15, word translation on iPhone no longer requires the Translation app, although it’s still there to help people communicate. The new tool is system-wide and makes it possible to translate written words in any app. All you have to do is highlight the text.

Here’s how it works step-by-step: 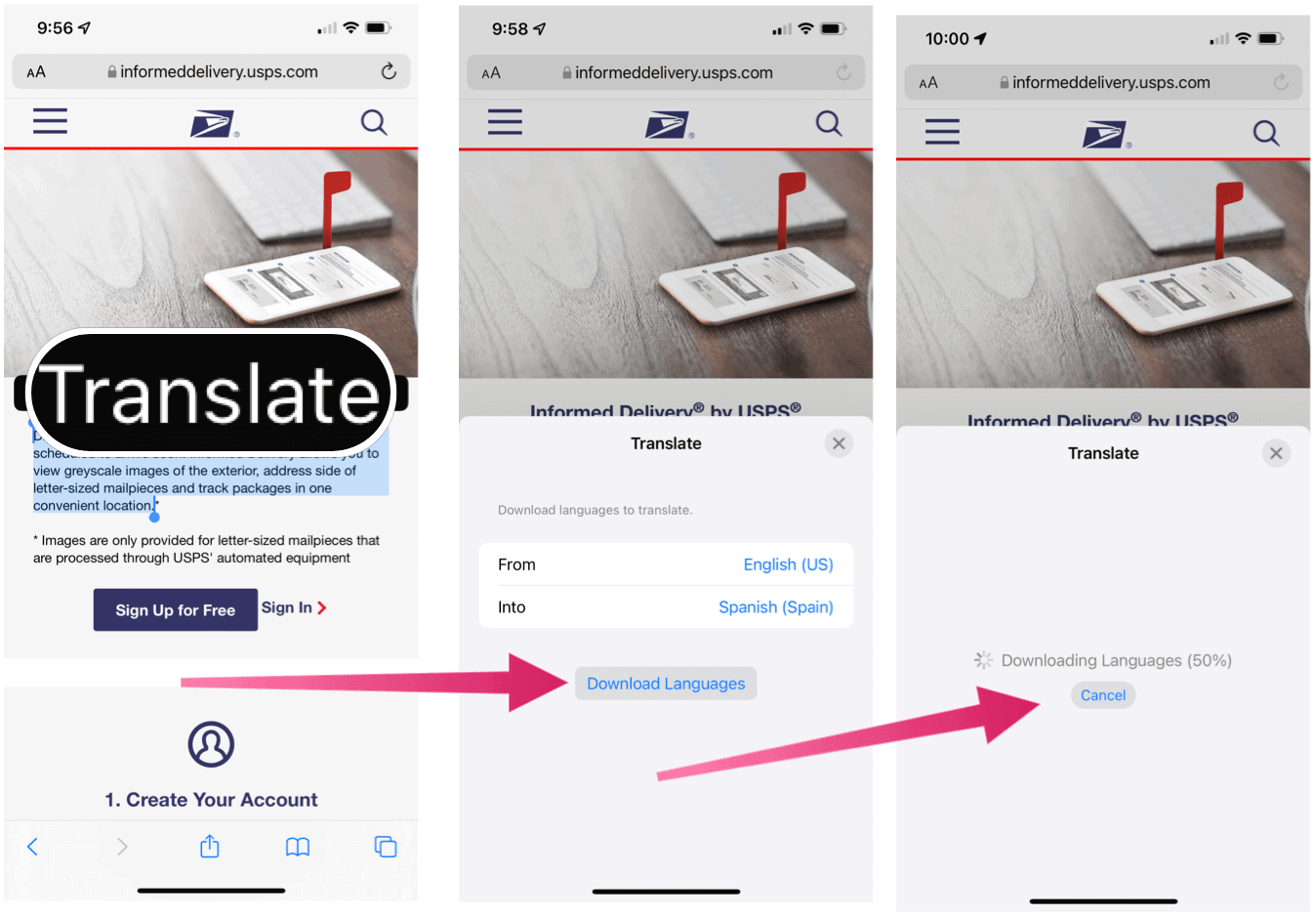 Once the languages are downloaded, you can change the From and Into languages at any time. From there, you can perform other tasks on the Translate page, including:

Like the Translate app before it, the new translation tool works by communicating with Apple servers for a real-time experience. However, if you don’t want to send words back and forth with Cupertino every time you translate, you can avoid this by downloading one or all available language packs.

To download or delete other languages on your iPhone: 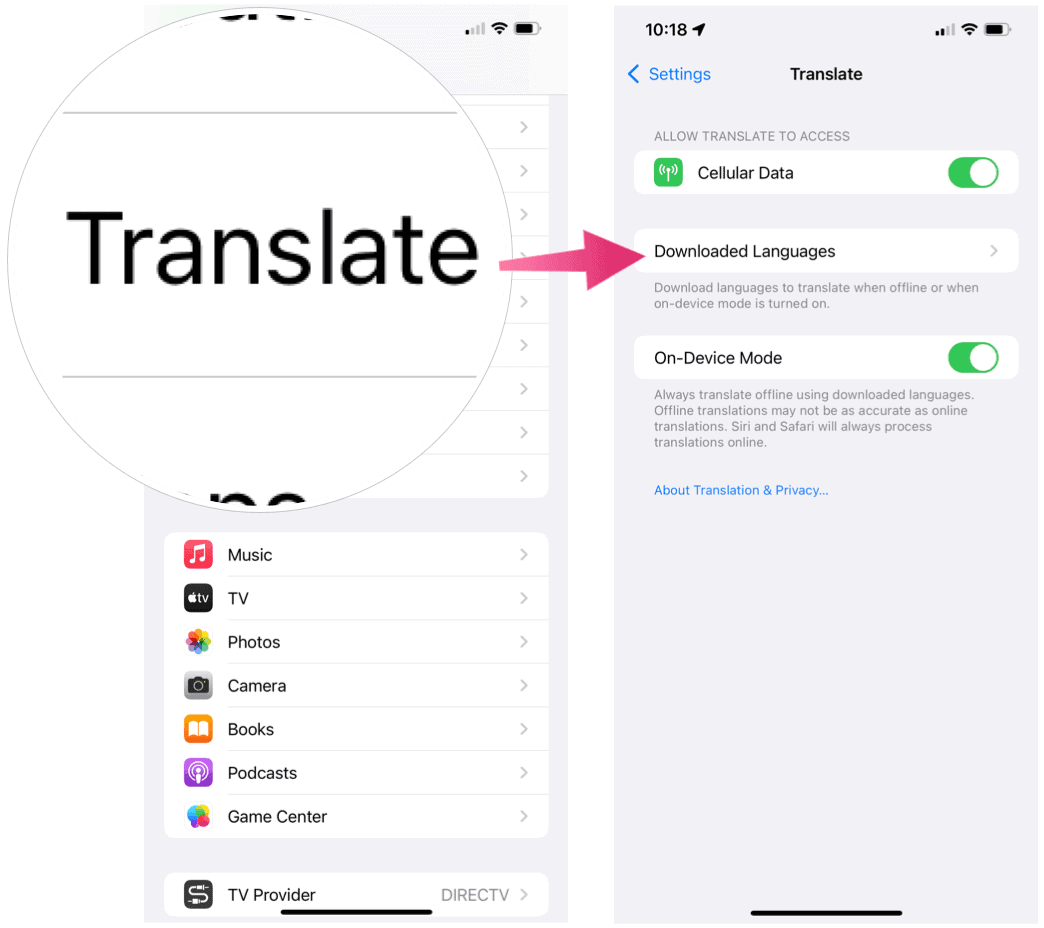 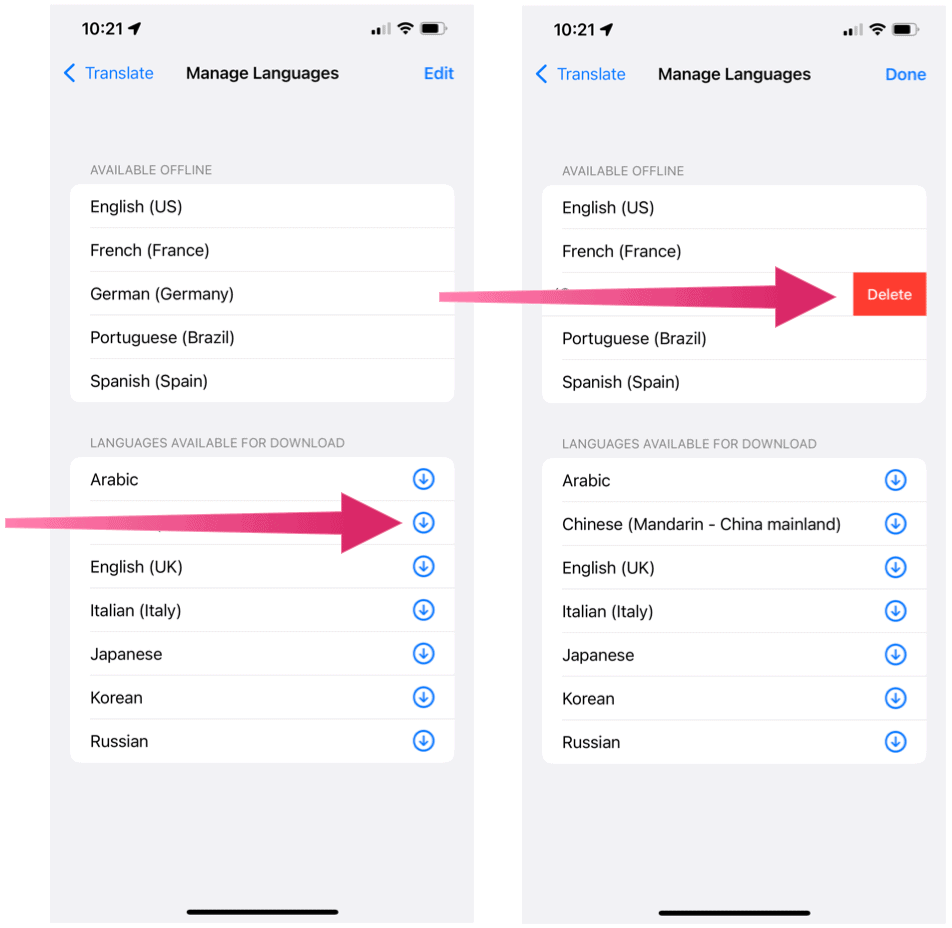 You can begin using the translation tool on iPhone with iOS 15 and later. It’s also available on iPadOS 15. Disfruta de tu día!