This Microsoft Garage project for Android and iOS makes it easy to transfer photos from your phone directly to the Windows 10 Photos app.

Update: This project is no longer supported by Microsoft. If you have a Samsung Galaxy phone, you can transfer photos via the Your Phone app. This is what the company has to say about the Photos Companion:

UPDATE:  As of June 3, Photos Companion has shifted to an Experiment Complete state and will no longer be supported. Thank you to our users who tried the project! Your feedback will fuel the next steps for this team.

When transferring photos from your phone to your PC, you can always plug your phone directly into your computer. Of course, there are other ways to do it, like using an automatic backup to OneDrive or Google Photos. But Microsoft has created an interesting new app called Photos Companion that is available for both Android and iOS. It allows you to transfer photos and videos on your phone over Wi-Fi directly into the Windows 10 Photos app.

To get things started, download the Photos Companion app to your Android or iPhone. I’m using the Android version for this article, but it’s virtually the same experience on iOS. Then, you need to enable the ability to import photos over Wi-Fi to your Windows 10 system. Launch the Photos app, open the Options menu, and choose Settings. 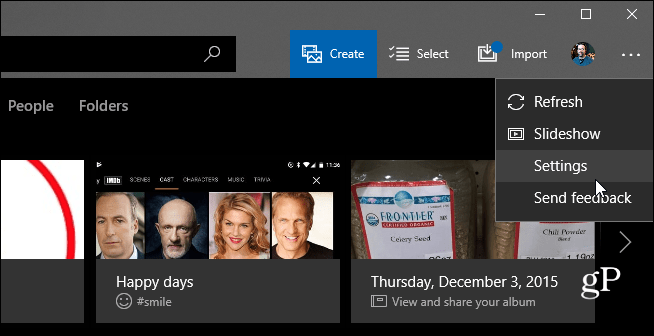 Then scroll down and turn on the option to test the mobile import over the Wi-Fi feature. 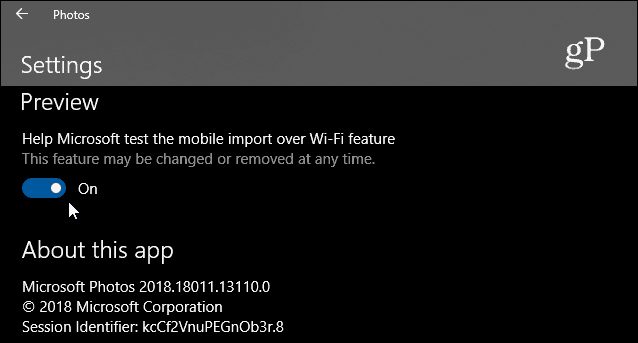 Restart the Photos app, select the Import button in the upper-right corner, and click the option to import photos of Wi-Fi. 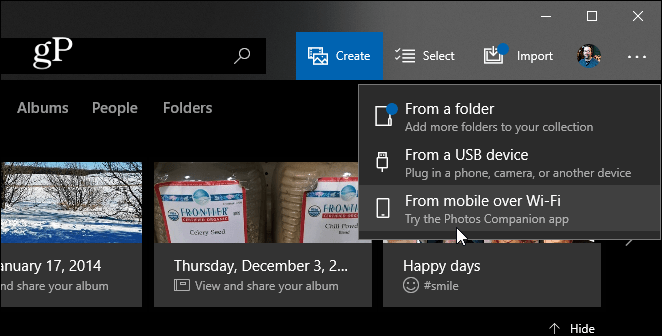 That will open a screen with a QR Code that you need to scan with your Android or iOS device using the Photos Companion app. 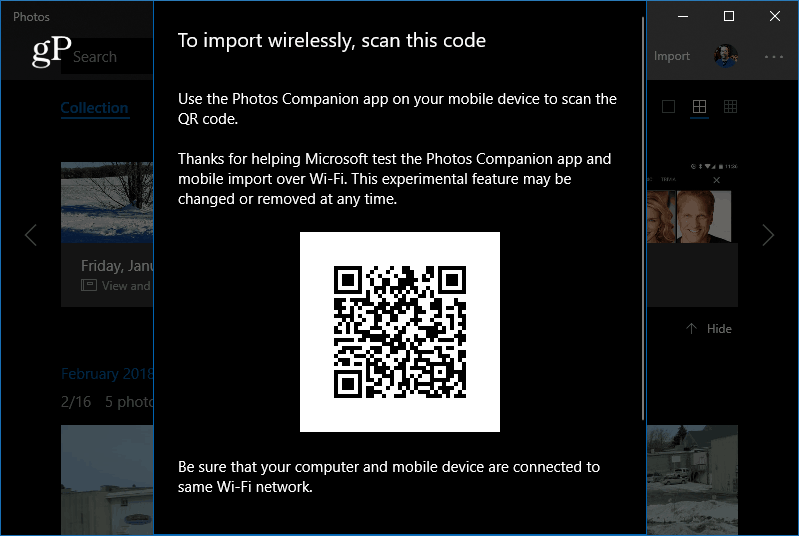 Now, on your phone, launch the Photos Companion app and tap the Send Photos button. A scanner will open up in the app that you can use to scan the QR code shown on your PC screen. 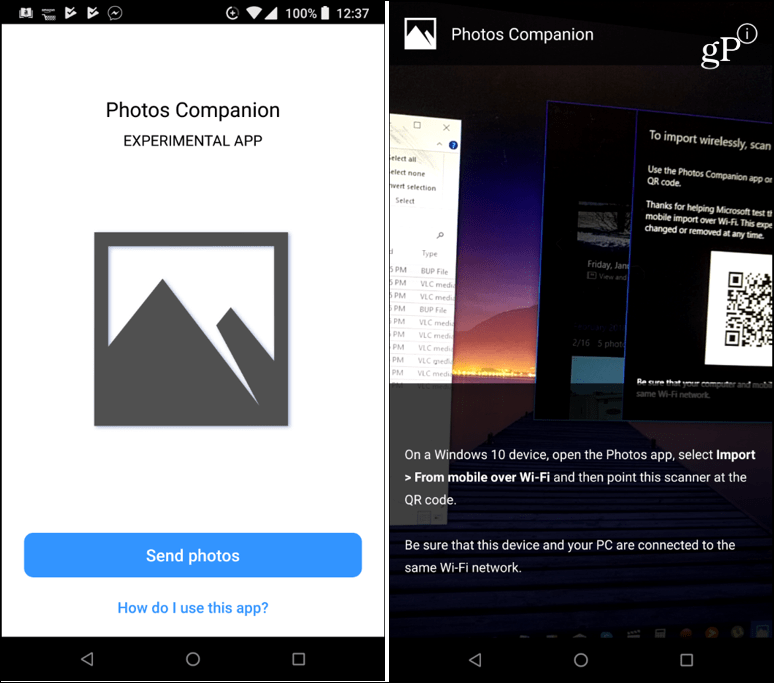 Once you scan the code, select the pics and videos you want to transfer to your PC and tap Done. The files transfer over quickly, and you’ll get a message letting you know it is finished. 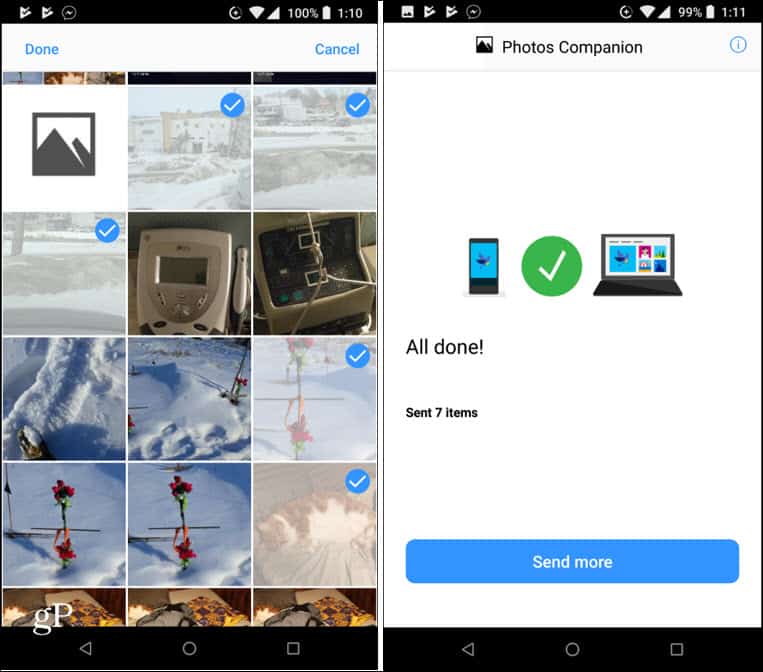 Then you will find them in your Pictures folder in a folder named “Imported from Photos Companion,” where you can manage and edit them from your PC. 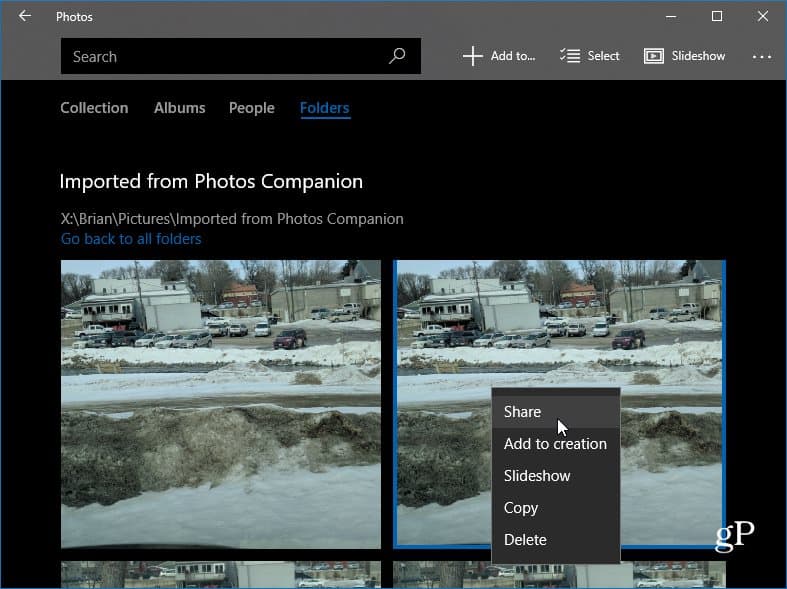 Since this app is a Microsoft Garage project — experimental technologies that Microsoft tests out could be changed or removed without notice. Hopefully, this sticks around in some form, though. Each time you have new photos or videos, you will need to open the Photos app and scan the QR code to start the transfer. It would be nice to see an easier and more intuitive way to tap a button and send the photos over. Still, it’s a great idea, and it has worked out fine and is worth giving a try.

How do you usually transfer your photos from your phone to the PC? Let us know in the comment section below, or for more discussion, head to our Windows 10 Forums.