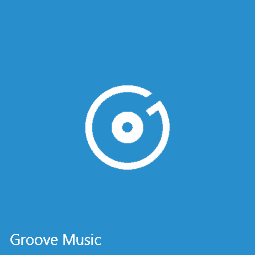 Microsoft has renamed its Xbox Music app to Groove Music (yeah, not a great name) and a recent update allows you to import your iTunes Playlists to it.

Microsoft has renamed its Xbox Music app to Groove Music (yeah, not a great name) in Windows 10. And a recent update allows you to import your iTunes Playlists to it with ease.

This is good news if you’re upgrading from Windows 7 and want to ditch iTunes and use Windows 10’s native music app. 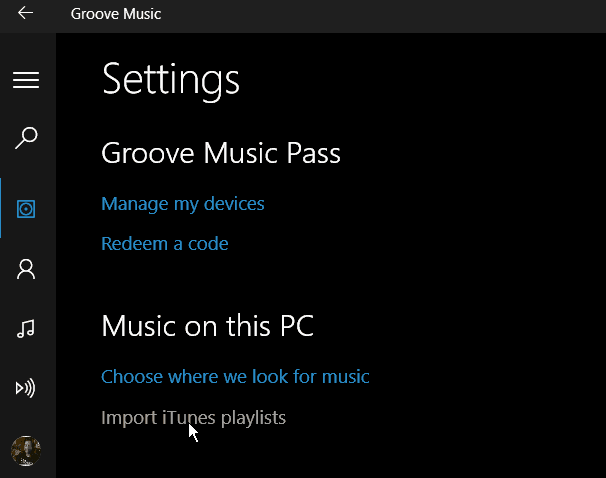 Then verify you want to import your iTunes playlists into Groove Music.

That’s all there is to it. Now you can enjoy your playlists from iTunes in the native Music app in Windows 10.

Another new feature added to the app is the ability to change its accent color to match what you’re using in Windows. To change the accent color, go to Settings > Personalization > Colors.

Then turn off Automatically pick an accent color from my background. That will bring up a pallet of different colors you can select. In the example below I chose a shade of green, and you can see the accent color changes on the Groove Music app, too. 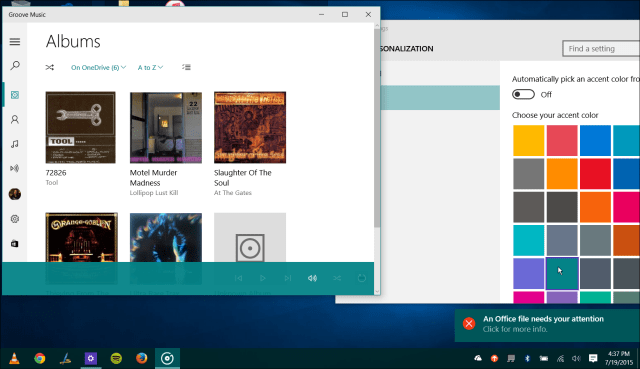 As an aside, I am not a fan of the name “Groove Music”. Not that I cared much for Xbox Music either, but it would be nice if Microsoft could come up with proper naming conventions once in a while. For example, the company should just call it Windows Music or something simple like that.

The Xbox Music brand certainly hasn’t had a burst of popularity. Probably because when it was first launched in Windows 8, it was less than a complete app. Also, the branding seemed confusing for average Windows users (do you need a Xbox console to use it?). But I digress, I could go on a huge rant, but will save that later for an Unplugged article. We’ll just need to wait and see what happens when Windows 10 officially launches, and perhaps it could catch on.

Of course, we still want to hear from you and what your thoughts are on the name and if you’ll use it as your primary music player. Leave a comment below and let us know.