Windows 10 lets you stream a media file from your PC to the big screen. And it’s never been easier for Xbox owners.

You might find yourself in a situation where you want to stream a video from your laptop to the big screen. If you have an Xbox connected to it, you can wirelessly play media on your local PC to the Xbox console. Both Windows 10 and Xbox have gained a lot of features and new functionality. Today, it’s simple to stream video and other media files over your network to the console.

We showed you how to stream media from Windows 10 to Xbox before, and while the general idea is the same, there are some changes to the experience. One notable example of change is Microsoft’s now-defunct Groove Music streaming service was still called Xbox Music. And, at the time, the current Movies & TV app was branded as Xbox Video.

Note: For this article, I am using Windows 10 Fall Creators Update (version 1709) and an up-to-date Xbox One S. This article reflects the important changes on both Windows 10 and Xbox.

Cast Media from Windows 10 to Xbox One

For music and videos, you will need to install the Movies & TV and Groove Music apps on your Xbox One. If you don’t have them already, you will be prompted to install it on your console. 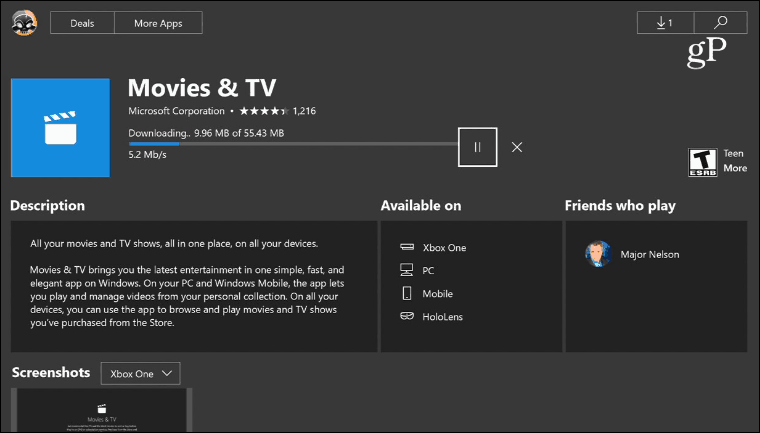 To stream individual local files, browse to the location of the video you want to play. Right-click on it and choose “Cast to Device” and then Xbox One from the context menu. 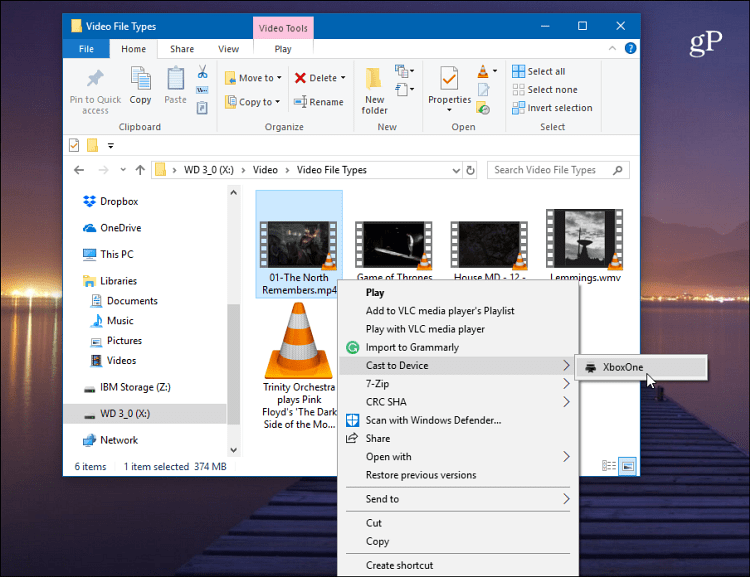 Once the video starts playing on your Xbox, you will get a small Windows Media Player screen come up. There you can add more files that you want to play – including photos or music. You’ll also have basic playback controls for the music or video that’s playing. 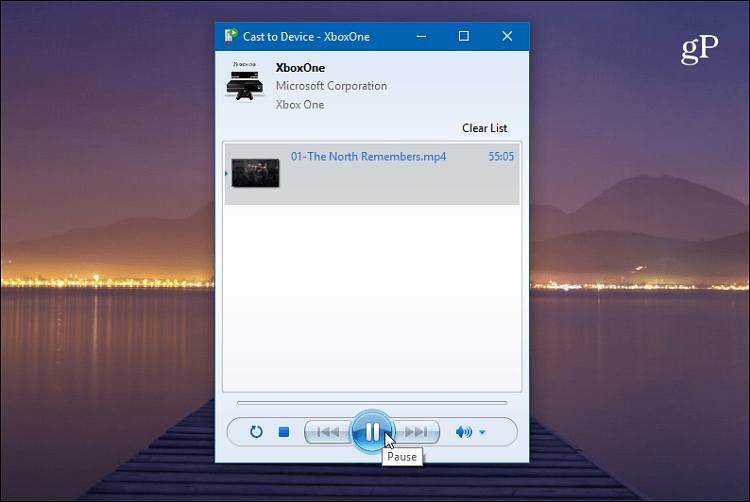 Depending on the media you cast to the Xbox, the appropriate app will open to play it. For example, if you play a video file, Movies & TV launches or for an MP3, Groove Music will launch. You can also control the media playback using your Xbox controller. 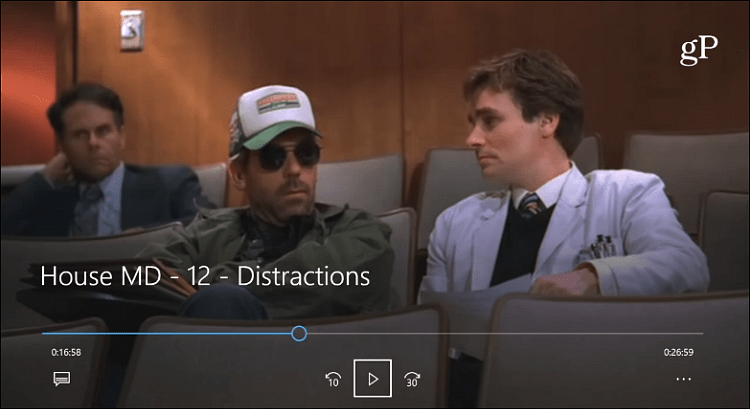 You can also stream content directly from the Movie & TV or Groove app from your PC to Xbox. For example, launch the Movies & TV app on your PC and start playing a video. Click the ellipsis (…) icon in the lower-right corner of the screen and click “Cast to Device” and then select your Xbox One. 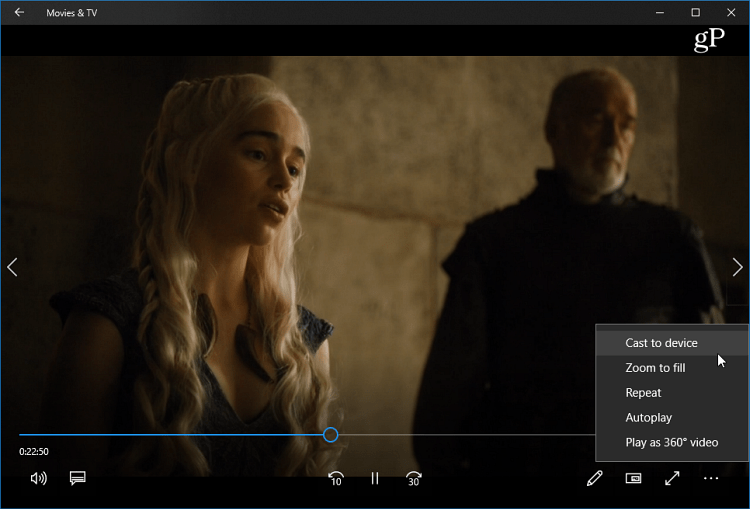 How do you stream your media content around your home? Whether you use Microsoft or something else, we’d love to hear how you do it. Leave a comment below and let us know.