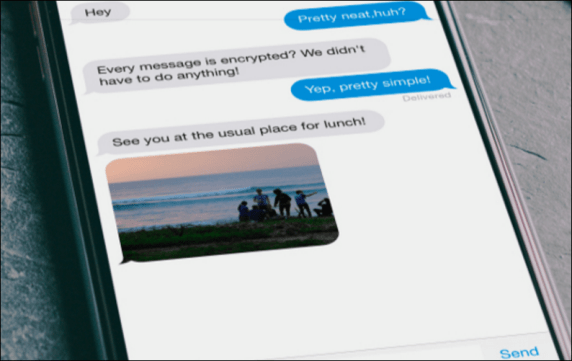 Signal is an iOS, Android (and Windows) app that helps you keep your chats and voice calls private, encrypted and away from potential snoopers.

Signal, made by Open Whisper Systems, is messaging app that helps you keep your chats and voice calls private, encrypted, and away from potential snoopers. And this, because it uses end-to-end encryption, so not even the developers of the service can get access to your communication. We’ve talked about how to use the Signal messaging app but let’s dig into more details.

Why is Private Encrypted Messaging with Signal Important?

Never in a million years did I think I would use a Jean Michel Jarre song in a technology article. However, in this particular case, it’s very appropriate, and you’ll understand why I’m doing this, in a second. The song is a collaboration between French electronic music pioneer Jean Michel Jarre and international surveillance programs whistleblower and privacy advocate Edward Snowden.

At one point in the song, Snowden, one of Open Whisper Systems’ technology big fans, says, and I quote:

That is what Signal is offering. A messaging service that makes sure your communication stays private, between you and the person you’re speaking.

It uses the Curve25519, AES-256, and HMAC-SHA256 algorithms and encrypts everything end-to-end. Should someone get access to Signal’s servers, and the data on them would be pretty much useless. More details about the technology itself are available here.

How Does Signal Work?

Signal has a clean interface and using it is a straightforward process. You can install it on Android from the Google Play Store here or on your iPhone in the App Store. You’ll have to register the phone number you’re using on said phone, via a code you’ll receive by SMS. You only have to do this once for a phone number, which works as your account. You don’t need a password for your account, as the app is tied to the phone you’re using.

The Signal app is cross-platform, so if you are on Android, you’ll have no problem talking to a friend using an iPhone. The only essential thing is for all the people to have registered their number. After that is done, you just tap Signal’s dedicated button for starting a new conversation, and you’re all set, you can look for the respective contact in your phone book, very similar to how you would do on Whatsapp. While the screenshots you’ll see have been taken on the Android app, the iOS one isn’t really that different and the functionality is almost identical. 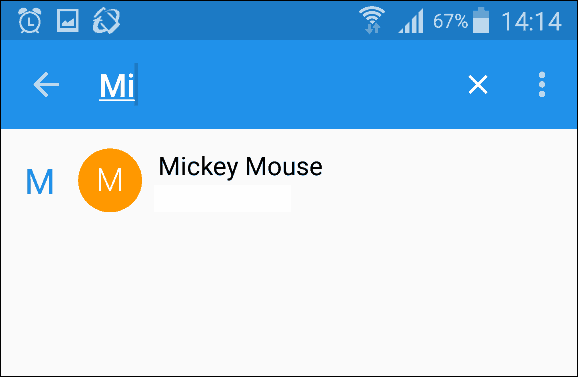 Once you’ve found a contact using the app, you can start a chat. It works exactly as you’d expect. Including emoji and all.

Group chats are also possible, and you can also do voice calls – just use the phone button to call the other person. Voice calls are encrypted as well, with the key shown in the respective window. 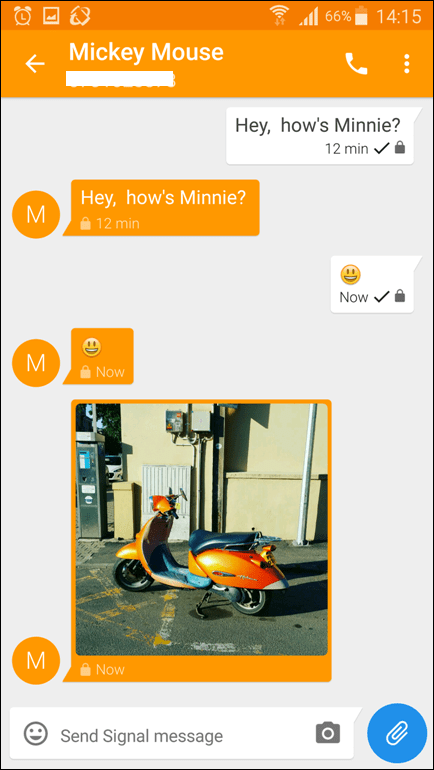 You can also take pictures (just use the small camera button) or attach files which will be, in turn, also encrypted when kept on Signal’s servers. 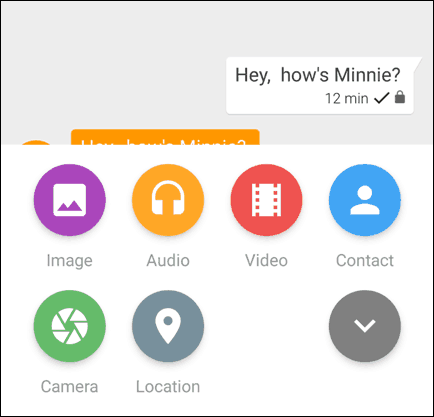 You can always reset the session or check whether the encryption key is the same on your phone and the other person’s device. Another good thing is that the app provides security on the phone it’s installed on, as well. Namely, you can add a layer of security by setting up a password to unlock the interface, and you can set it to block screenshots being taken of it. 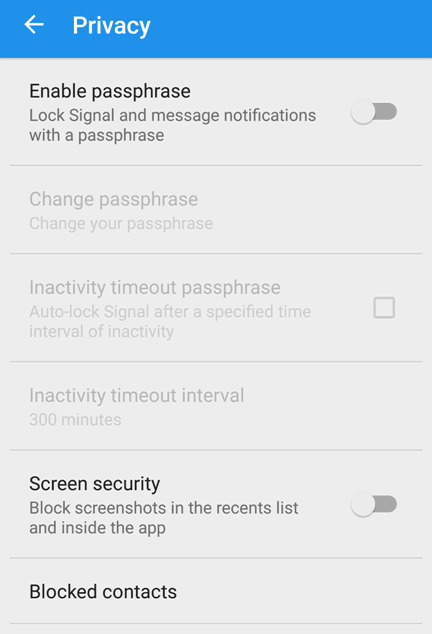 The not so easy part of not having a user and password is that you can lose your archives when you switch numbers or phones. However, you can always export an encrypted archive, then import it on the new phone. 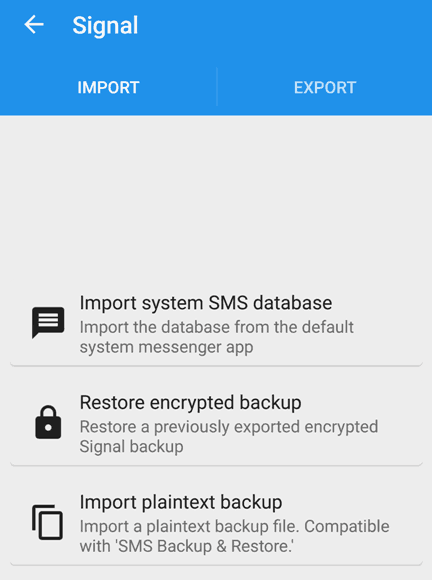 These are, of course, just the main features of the Signal app. You can discover a lot of other interesting ones by yourself, as well.

But I want to use it on my desktop, so I can say my boss is a jerk and do so in an encrypted medium, with the added advantage and speed of my computer keyboard! Say no more!

A Signal version for desktop does exist, too. Just head to the Signal.org download page and download it for your desktop. It is available for Windows, Mac, and Linux. 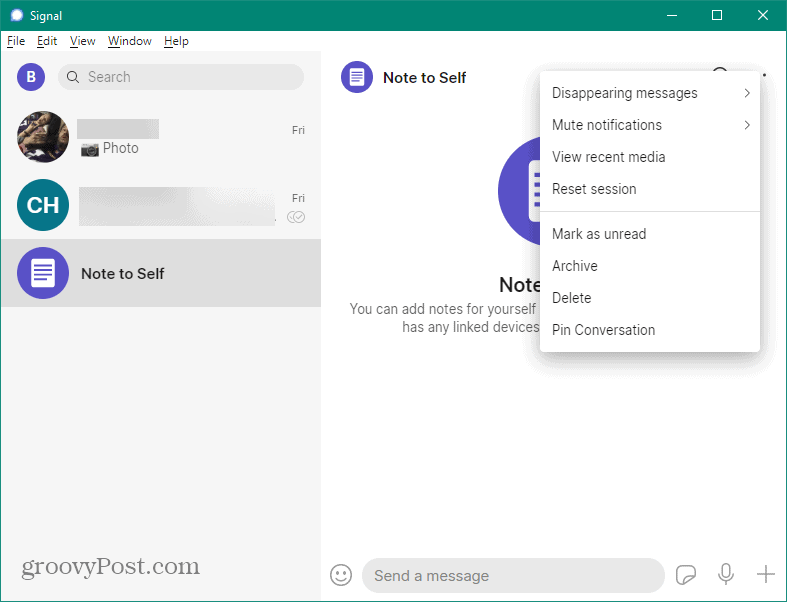 That is why, once you’ve installed it, you’ll need to open Signal on your smartphone and scan a QR code so the two apps can sync. Once that happens, keys will be generated, and messages will start coming into the desktop app, and it will work just like any other chat client would.

The functionality itself doesn’t differ too much, but you don’t get emoticons, and there are no audio calls, either. Apart from that, there’s not much you can do on your phone that you can’t do in the desktop client.

The Bottom Line and the Future

Whatsapp encrypts your chat communications, too. The future is one in which privacy regarding personal communication will play an increasingly important role in all of our lives. Signal is working well so far and deserves a close look.

What’s your take? Leave a comment below and tell us your thought on the encryption battle.