As you customize and configure your Linux system, you’ll need to know how to set environment variables. Let us walk you through it.

If you’re using a PC, the operating system needs to know where to locate certain files or how to present the time and date. Windows typically does this using configuration files and the registry.

Environment and Shell Variables in Linux

There are two types of these variables—environment and shell. The environment variable affects the system as a whole, whether on the command line or in a graphical interface. These variables store things like the default text editor or web browser, the path to executable files, or the system locale and keyboard layout settings.

A shell variable, on the other hand, has a more limited scope. It’s non-persistent, applying only to the current shell (or command line) instance. The different shell environments, like zsh and bash, have their own set of internal shell variables.

What both have in common is the format. Every environment and shell variable will follow one of these basic formats:

Keep the following requirements in mind when working with environment and shell variables:

How to List and Set Environment Variables in Linux

Several commands are available for listing, setting, and unsetting environment variables in Linux. These include:

Before going about changing environment variables, you should always check your current configurations. Using printenv, you can find out what environment and shell variables your Linux system already has.

To see all the current environment variables, run the printenv command without any arguments. Warning, the output will be rather lengthy.

For example, to display the value of the HOME variable, you’d use the following.

You can also provide more than one argument to printenv, to check multiple variables at once.

Some of the most common environment variables you’ll encounter are:

You won’t see any confirmation of this, but you can check if it was actually set.

Issuing the command printenv MY_VAR at this point shouldn’t return any output, showing there isn’t an environment variable named MY_VAR. To change that, you’d use the export command.

Of course, there is another way to accomplish this. You can set environment variables in a single line using a command like this one:

Setting Environment Variables to be Persistent in Linux

If you know you’ll need to use environment variables persist across logins, you’ll need to define them within your bash configuration files. These are found in a few places.

If you’ve set new environment variables and want to quickly load them in your current shell session, you don’t have to log out. Just use the source command.

You may not need to declare these as often as environment variables, but the set command is used for setting and listing all shell variables. If you want to list all of them, just issue the command without any arguments. 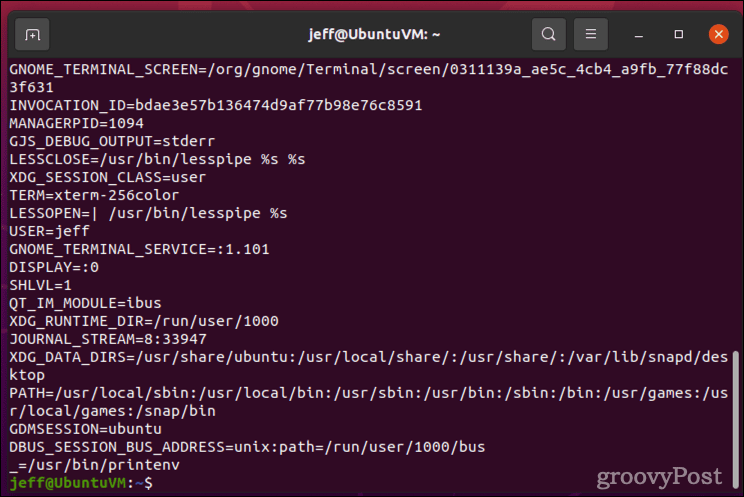 The output will be many pages long, probably. To make it more readable, pipe it through the less command: 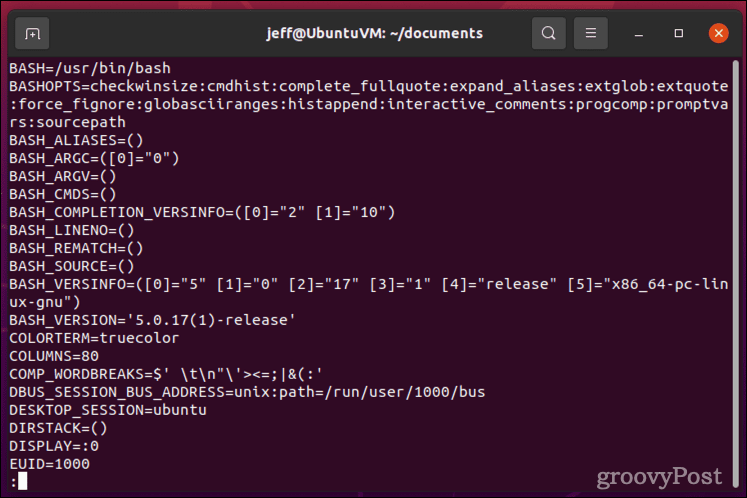 If you want to print a specific shell variable, you can also use the echo command.

Setting a shell variable is as simple as typing the variable name, the = symbol, and the value.

Setting shell and environment variables can be a powerful capability on a Linux PC or server, but be cautious about how you go about it. Always double-check what you’re typing before you commit to it. When changing files like /etc/profile, you may want to create a backup file first.

For user-level changes, knowing what configuration files are in use helps, as well as where to find them. If you’re struggling to locate a particular file, Linux does include some powerful tools for searching your hard drives.