WhatsApp now offers messages that disappear after seven days. Here’s how to enable and use the feature.

WhatsApp now offers disappearing messages. This is a feature many have been waiting for. Read on to find out how easy it is to enable and use it.

There are a few things we should clear up first. If you think that this will turn WhatsApp into some kind of Snapchat replacement, think again. WhatsApp (which has a dark theme now) has approached the issue differently.

Namely, once you enable the feature, WhatsApp messages will disappear after an interval of seven days. This will happen whether the messages are sent to a person or a group. However, if it’s the latter there is a little caveat. Specifically, only the administrator of the group can enable or disable the feature.

“But what happens if someone doesn’t see a message I’ve sent more than seven days ago?”, you might ask. Well, that means that the message will disappear just the same. If you want them to find out whatever information there was in it, you’ll need to re-send the message.

Let’s say someone sends a message in a chat that has the feature on. And that you forward the message to a chat or group without disappearing messages enabled. The message won’t disappear after seven days and will remain in that chat.

The same goes for backups. If the message is there when the backup is saved, it will be archived in the backup. However, the moment the user restores the backup, the message will be gone.

The feature is not completely bulletproof, so try not to use it for very sensitive content. Someone could screenshot the message or copy it if they wanted to.

It’s similar for media and photos in chats where the feature is enabled. While the content will disappear after seven days, if the phone has auto-download enabled, it will be kept.

Also important is the fact that the feature works everywhere WhatsApp works – Android, iOS, KaiOS, Web, and Desktop. The screenshots below have been taken on an Android device, but the process will be very similar (if not exactly the same) on all of the mentioned platforms.

If, after reading the above, you want to enable the feature, read on to find out how to do it.

Start by opening WhatsApp and find the contact you wish to enable this for. Open the conversation, then tap their name at the top. 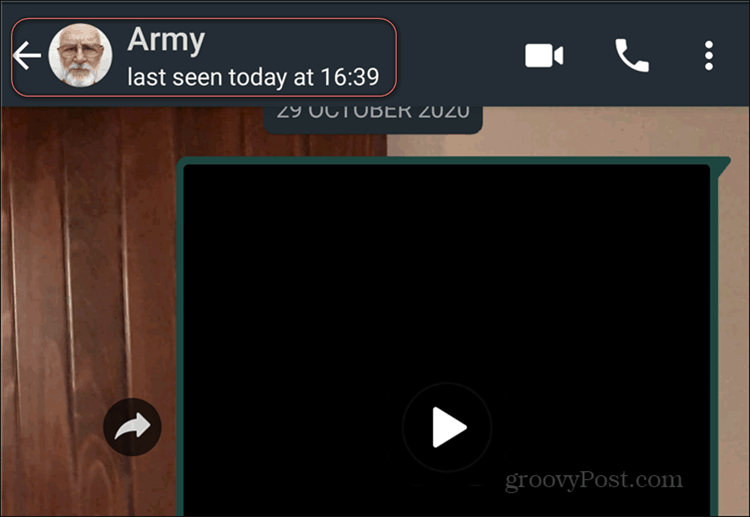 Now, scroll down until you find Disappearing messages and tap it. 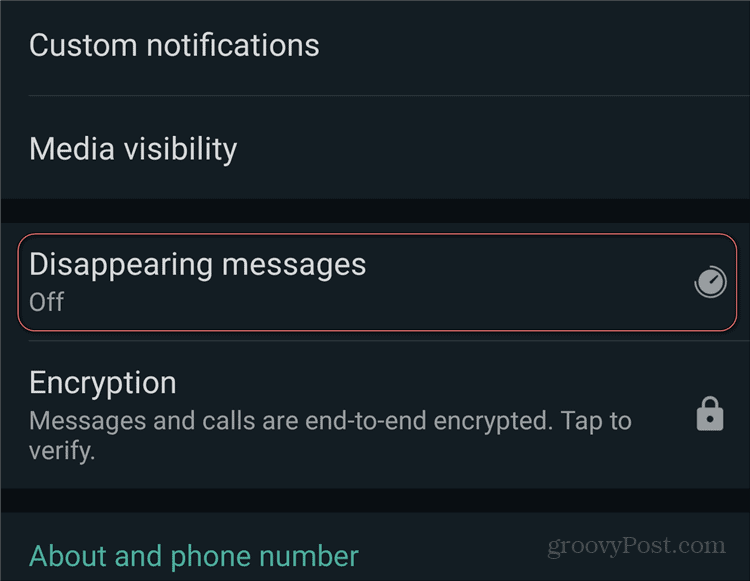 On the next screen, it will just be a question of enabling the feature itself for the chat in question. Therefore, just tap On. 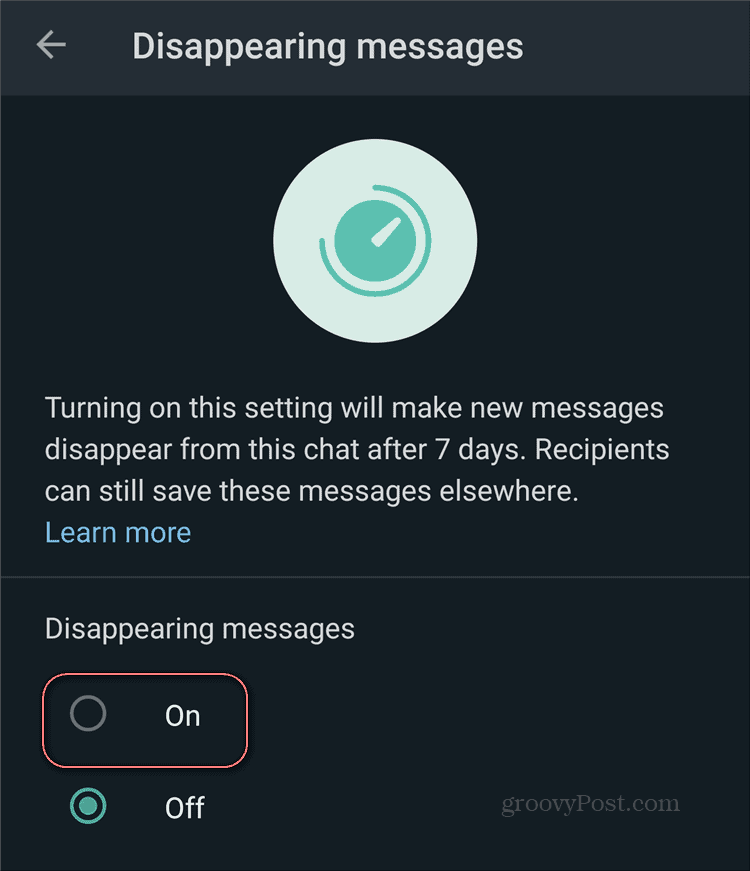 After you’ve set the feature to On, just go back to your chat. The feature will now be enabled and there is nothing else left for you to do.

You can just carry on with the chat; you will notice that the messages you’ve typed will simply disappear without a trace a week after being sent.

All in all, this is a well-designed and easy to use feature that brings a bit more security to your communication.