Wouldn’t it be great if you could see photos on a map to remember where you were when taking a picture? You can do just that in the Google Photos mobile app.

Google Photos is one of the best ways to store your images, with free unlimited storage at high quality. But wouldn’t it be great if you could see them on a map and remember where you went on your holidays? The good news is that you can now do that in the Google Photos mobile app.

I don’t know about you, but I personally tend to take most of my photos when I’m on vacation or visiting a new place. There’s just something about visiting somewhere I haven’t been before and feeling the need to capture those feelings. There’s also the idea of sharing those images online just a little bit later, to make your friends jealous.

If the above is all true, you will inevitably find yourself wanting to find that specific picture from your Gran Canaria vacation eventually. But if that “eventually” happens to be two years later, that might prove to be more complicated than initially thought.

Wouldn’t it be great if you could see your pictures on a map and explore them that way? Maybe even see where you captured the largest amount of images? Luckily, the Google Photos team seems to have thought the same way. Therefore, you can now see your images in a cool map view. Let’s see how.

Before we proceed, it is important to mention that the feature is available in the latest version of the app. As long as you are up-to-date, you should have it available.

Also, the screenshots below are taken in the Android version of the app. The iOS one isn’t very different, though.

Google Photos on the Map

While you would normally think that new features would make their way to the app’s main screen, they don’t. Therefore, once you’ve started it, tap Search at the bottom of the screen. 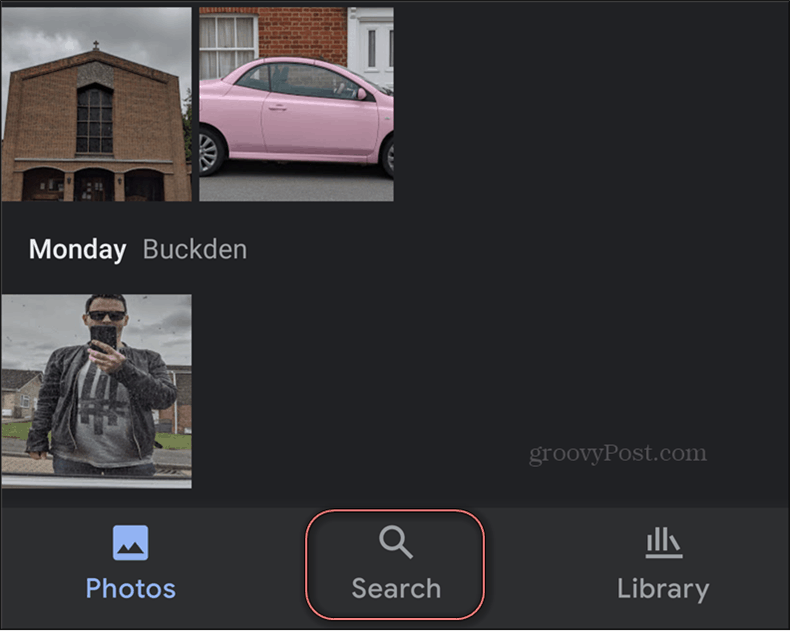 This will take you to a screen where you have a whole lot of image searching options. Using the same technology as Google Lens, Photos can tell exactly what’s in the images. That allows it to create collections based on that information. You will find images of things like Palaces, Parks, Churches and many other things, depending on what you like to capture.

However, that’s not what we’re here for. If you look towards the top side of the screen. Under the Search bar, you will notice a Places section.

If you tap View all, a list of places you’ve visited and taken pictures in will be shown, with access to the images in question.

Tap Explore map in that section. 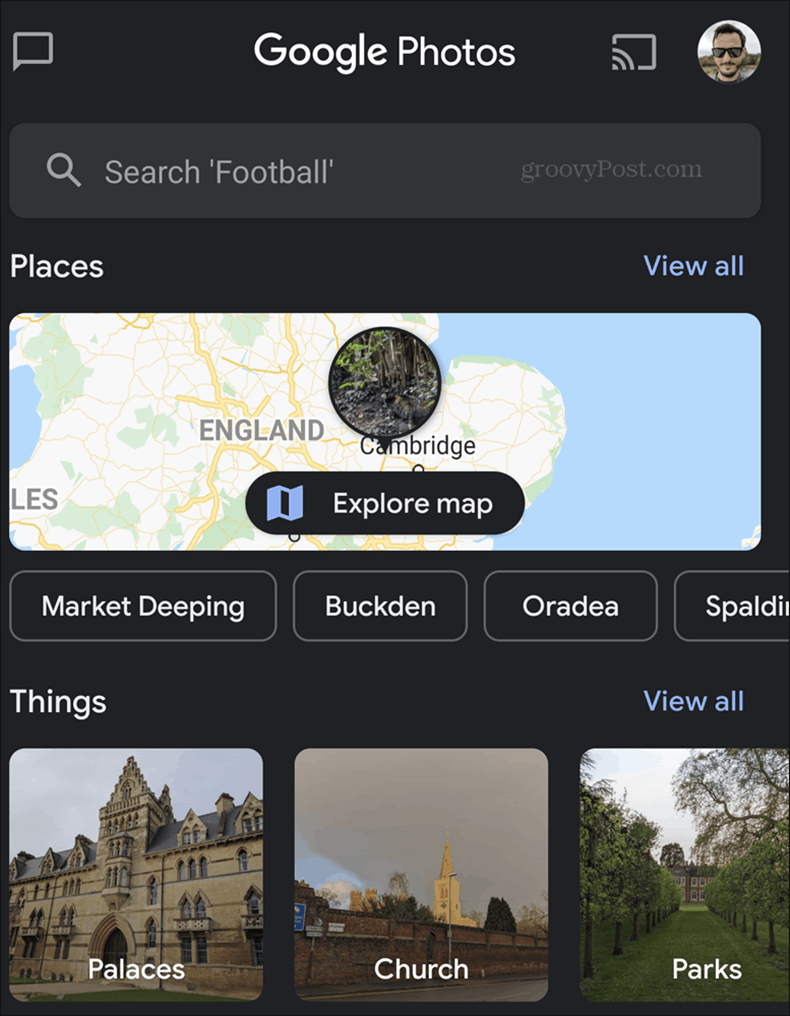 This is where things become very interesting. You will get a map, complete with heat areas, showing where you took more pictures. Tap any of those areas; pictures taken in that location will be shown to you at the bottom of the screen. 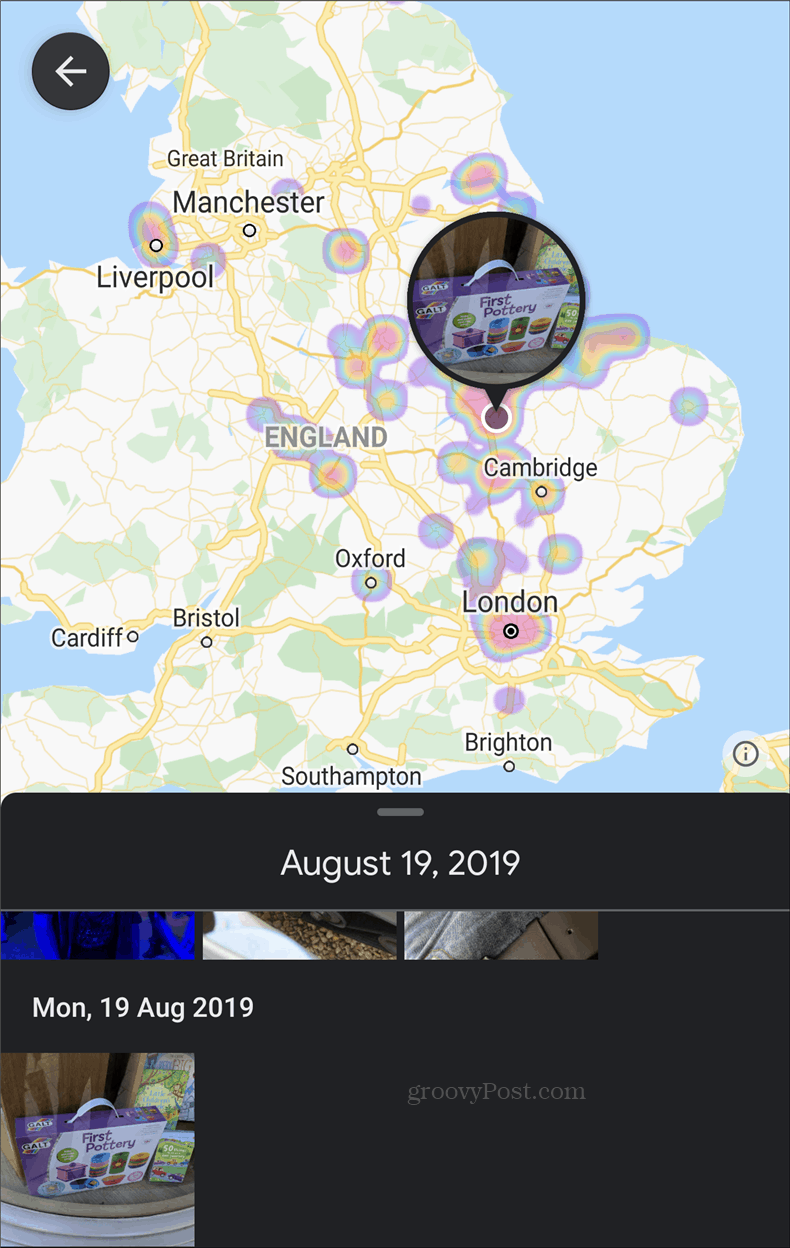 For the purpose of this example, I’ve shown pictures taken in the UK. However, you can zoom in and out as much as you want and the map and marked areas will adjust. The feature can even be used as a form of travel diary, but you might be better off using Google Location History for that purpose. 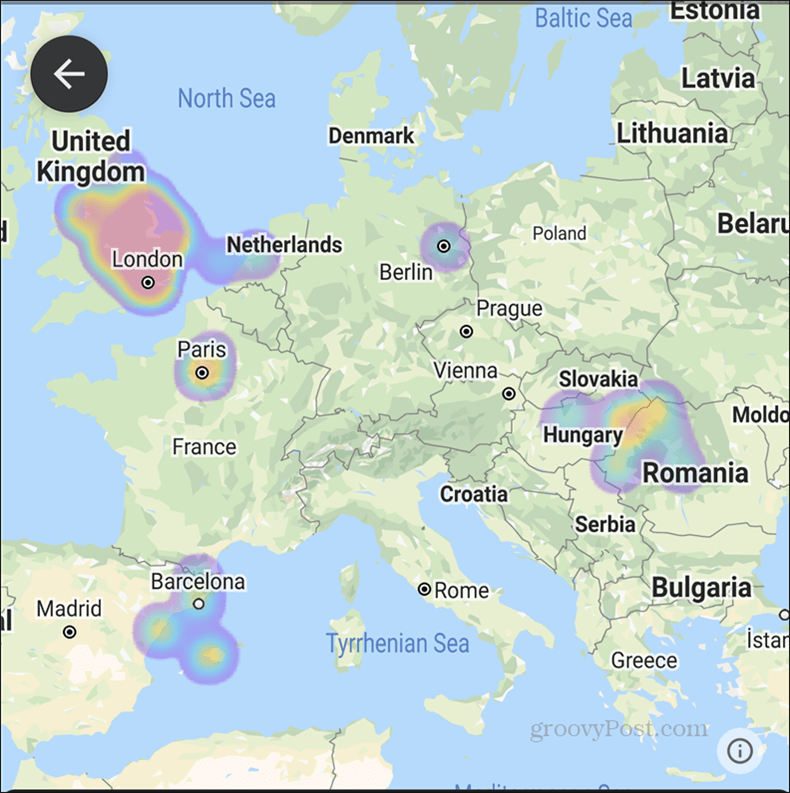 The new feature is quite easy to use, making Google Photos an even more functional tool.