Microsoft is looking toward the future with Windows 10, but you might have some older program that you still need to use, try Compatibility mode to make it work.

Microsoft launched Windows 10 last year, and it’s a much improved operating system. However, Microsoft is looking toward the future with this version, but you might have some older program that you still need to use, but it doesn’t work correctly.

Most likely, you’ll run into this issue if you upgrade from Windows 7 to Windows 10. Luckily, Compatibility mode is still an option in Windows 10 for those older apps that don’t run correctly.

Use Compatibility Mode on Windows 10

Compatibility mode isn’t anything new, but it’s worth revisiting since there are so many old programs out there that might not run correctly on Windows 10.

Right-click your program’s shortcut or the EXE file and then select Properties. 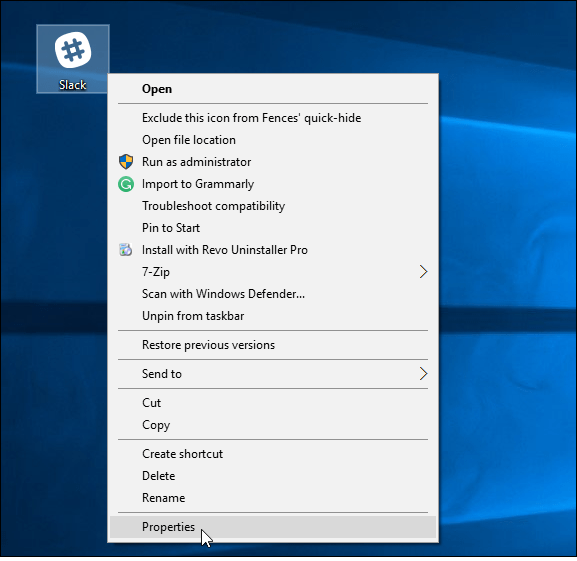 When the Properties screen comes up, choose the “Compatibility” tab, then choose which version of Windows you want to use. Then, of course, make sure to click OK so it will always open in the mode you set. 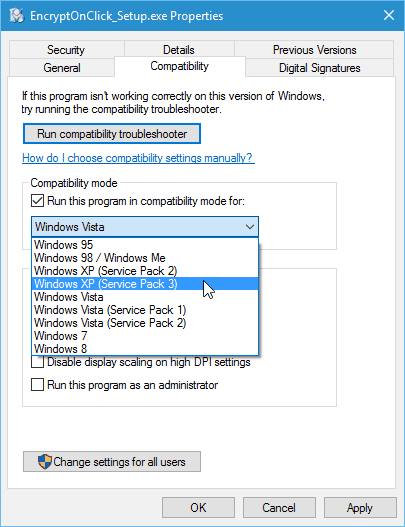 If you’re still having problems getting it to run, you can start the “Compatibility Troubleshooter” and work your way through the wizard. However, I’ve never gotten that to work. Usually, either a program works, or it doesn’t. 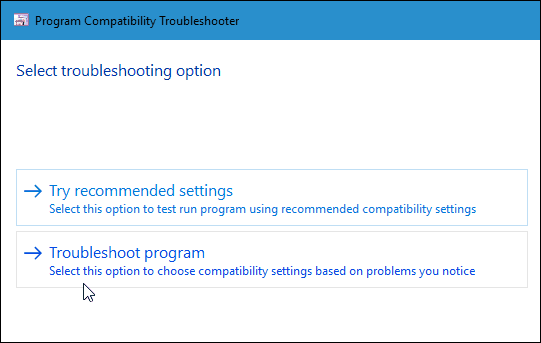 As technology continues to develop, some older programs become casualties of innovation. We’ve received that complaint from a lot of readers who use Microsoft Money (Sunset). The issue here is that Microsoft no longer supports it, which holds true for many older programs. Developers stop supporting old programs, and they fall off the radar.

I have a program for my Hauppauge video capture card from ArcSoft that not only isn’t supported, but you can’t even download it anymore. This is because the company stopped maintaining and supporting it. So I have to install it from the CD it came on.

If you’re running Windows 7, make sure to read our article on how to use Compatibility mode in Windows 7. Another option you have (depending on your situation) is to install a VM with a version of Windows that allows the program to work. For more on that, check out some of the options you have to create a virtual machine in one of the articles linked below.