It was no surprise that the Kindle FIre HD was rooted within a week of its release. And, you might be surprised to find out that it isn’t that hard and can add a lot of functionality to the device, although Amazon’s warranty may not agree.

Rooting the Kindle Fire HD might sound like a daunting process and at first it was. But now there’s an easy way to Root it. Thanks to a groovy script writer at XDA, rooting the new Amazon tablet is now just a matter of a few clicks and waiting through a series of automated steps. Unlike rooting the original Kindle Fire, this method doesn’t break video streaming or other Amazon Prime features — at least for now. 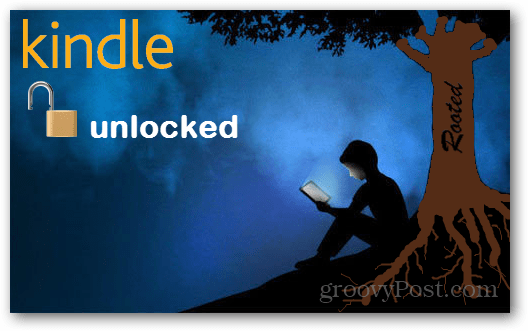 Why Root? Two reasons. The first is that you can run certain apps that require root to offer full functionality. A good example of this is Avast! Mobile Security, which requires root for half of it’s security features to work. The second reason to root, is that you can install the Google Play market and get all of your content from there onto your Kindle. This includes other Google Apps as well, such as Gmail and Talk.

Note: Rooting your Kindle with this method will prevent your device from automatically  updating. You can still manually update via the Amazon manual update download page. This is the only loss in functionality I’ve noticed thus far.

These root tools were created by Bin4ry and sparkym3 of XDA-developers. If you find them useful you may want to thank them!

Before we get begin, make sure the Kindle Fire HD is plugged into the USB cable connected to your PC. 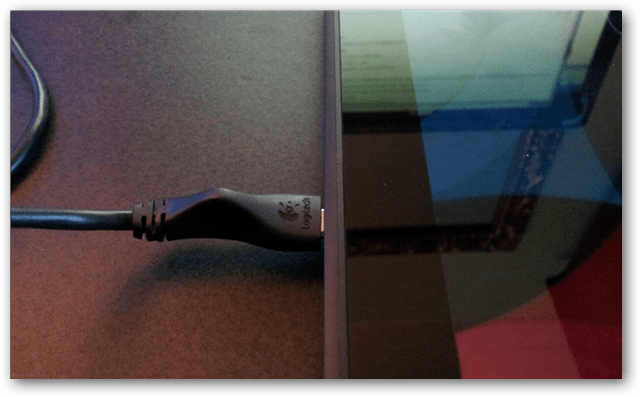 To get started you need to extract both the QemuRoot and Root_with_Restore zipped archives to anywhere on your computer that you please. 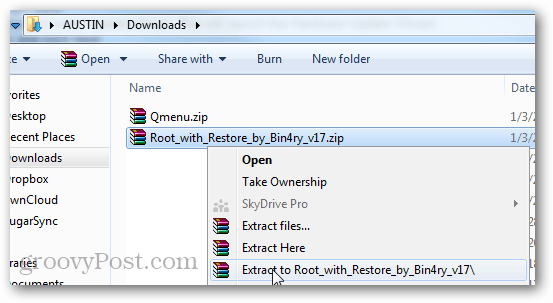 Note: If the Kindle Fire is not showing up you may need to open up Task Manager (Windows Hotkey: Ctrl+Shift+Esc) and End Process on adb.exe. 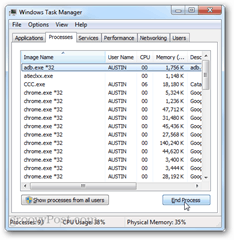 In the green command prompt window that appears type in 1 and then press enter.

Now jump over  the Kindle Fire. The screen should change and show a restoration page. Tap the “Restore my data” option.

The Kindle Fire HD will now need to reboot twice. 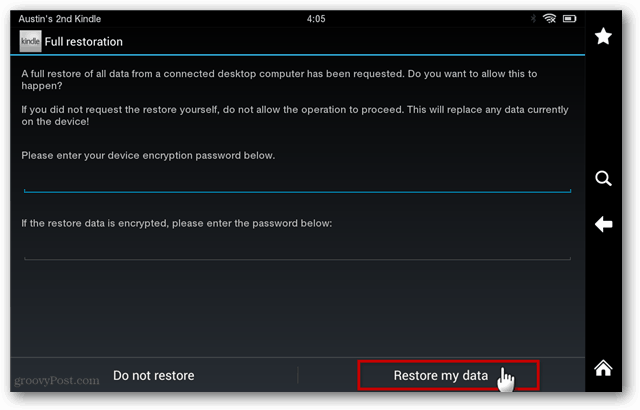 After two reboots the Kindle Fire HD should look normal again, and the Root_with_Restore command window should say all is done, press any key to continue. Go head and press a key or close it. Next we need to run QemuRoot.

Within the extracted folder run RootQemu.bat as an administrator. 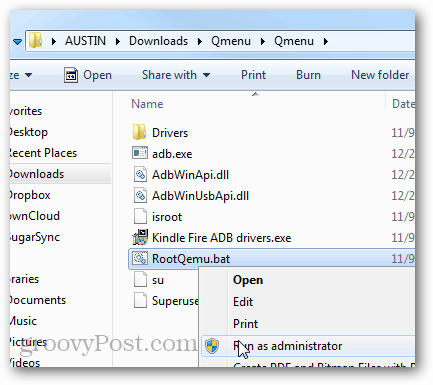 A prompt should open up. To start the Root press 1 and then hit Enter on your keyboard.

The first 2 screens will ask you to make sure you installed the ADB driver and whatnot, you should be able to just skip past them. The third screen will reboot the Kindle Fire, this is Step 1.

Step 1 will take about 30 seconds to finish, then you must wait for your Kindle to reboot. After it’s done rebooting, press any key on the keyboard to continue.

Note: Avoid pressing anything early as it will just cause it to take longer.

Step 2 will be the same thing, once it’s done just wait for the tablet to completely reboot before you touch anything. 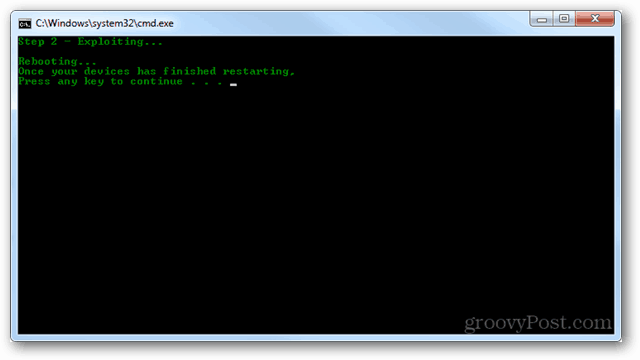 Carry on, the tablet has to reboot several times while this is being set up. Just be patient, I know waiting through something like this can be difficult because you want to use the shiny new tablet, but waiting is all we can do at this point. 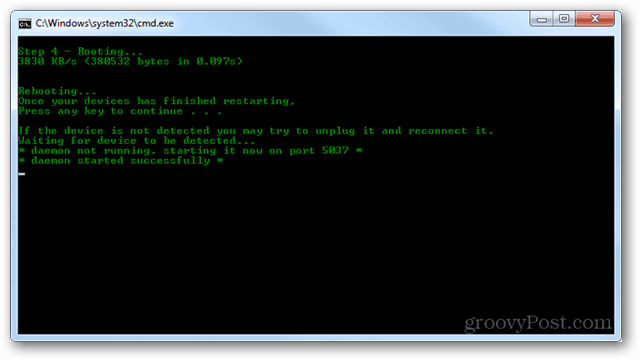 After step 4 the script will finish installation completely and alert you that “You have root!” That’s it, done, capiche? 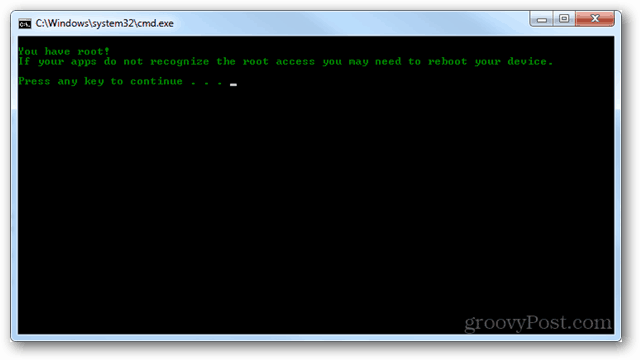 You can also double check that the root went through by checking for the rooted app “Superuser” in the app device app drawer. If it’s there, that means the root was successful.

You’ll need to manually open the SuperUser app at least once before other apps can begin pulling requests from it. 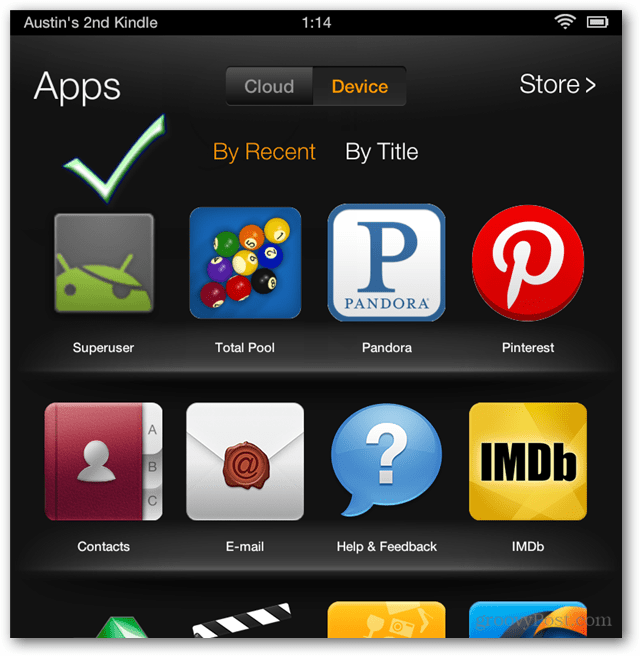 Now your Kindle Fire is rooted! Have fun using rooted apps, and stay tuned for our guide on how to install the Google Play market on the Fire HD.