If you have a Google Nexus device this year that comes with Android 6 Marshmallow there’s a hidden Android-themed Flappy Bird game that you can pull up.

If you have a Google Nexus device that comes with Android 6 Marshmallow or your current device has received the update, there’s a hidden Android-themed Flappy Bird game that you can pull up. Google did this with Android 5.0 Lollipop, too and accessing it is virtually the same. But this version has been revamped and polished and worth checking out.

For this article, I’m using Google’s Huawei Nexus 6P, and I’ve been able to get it to work on the LG Nexus 5X as well.

To get to it, go to Settings > About Phone and repeatedly tap the Android version number quickly about four to six times or so. It’s not an exact science, so your mileage will vary. 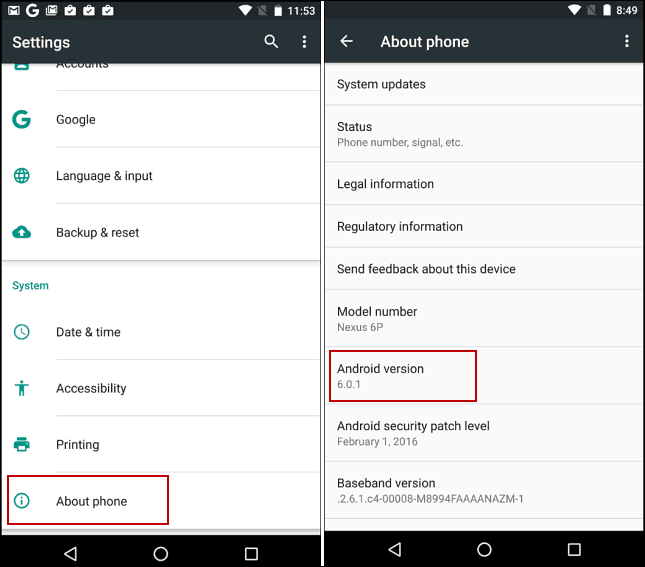 Then you’ll get the screenshots shown below, one is a graphic of the letter “M”, and if you tap it again, the image will change to a marshmallow with the familiar Android antenna. 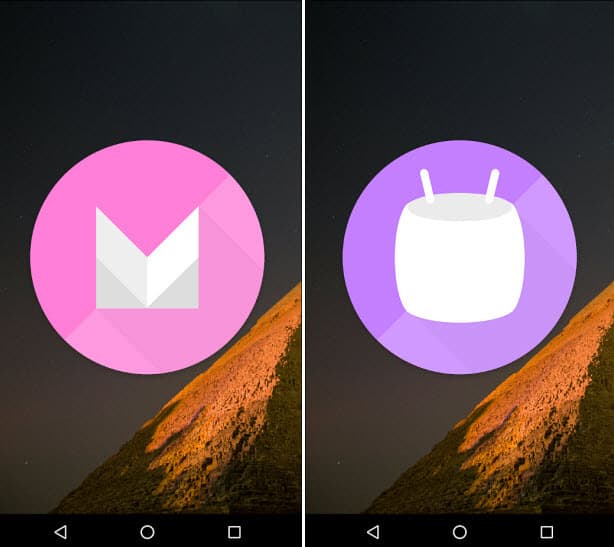 Long press the Marshmallow graphic to start the Flappy Bird clone and have some fun navigating a droid through obstacles of marshmallows and other obstructions. 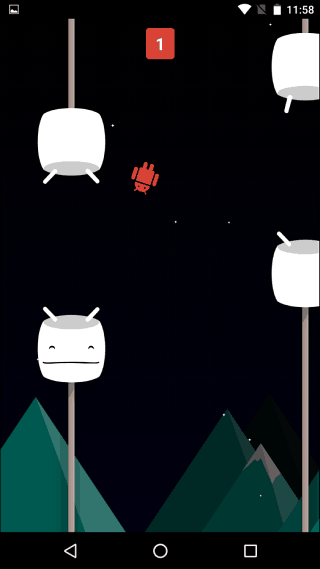 The Marshmallow update finally arrived on my HTC One (M8) a couple of weeks ago, and I’m not able to get this to work. However, I’ve talked to other people with different devices, like the Samsung Note 4, and it works on it. If you own an Android device that’s running Marshmallow, leave a comment and let us know.

The game is rather difficult, but not as hard as the Lollipop Flappy Bird clone. But if you want to make it extremely hard, this revamped version allows you to add up to 6 players by pressing the plus and minus buttons at the top.

Try having six people pushing the same screen at the same time. Or, you can use multiple fingers for each droid by yourself…the multiple player stuff makes no sense. But, it’s still a fun Easter Egg to try out and show your friends.