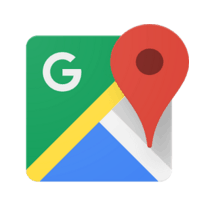 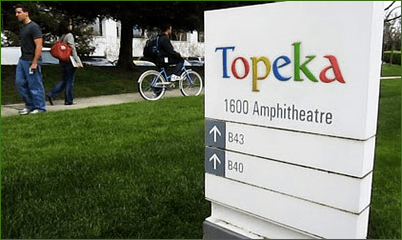 Wow…  I think I’ve found at least 10 Google April Fools Pranks so I decided to start sharing them.

My favorite I think can be seen on their front page (however, the google translator for animals below is possibly tied for #1).  Yup, as of April 1, 2010,  Google Topeka announced their new company name.  The name, in fact, originated from a small Kansas city where the Mayor decided to do a name swap with Google.  A convincing story!

A quick visit to Google.com will reassure you that in fact today they are all about the Topeka. 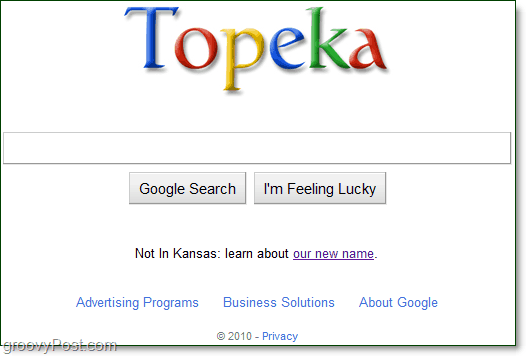 With the new name in full force, there only remain a few changes that needed to be done.

First, they need to change the URL of the website.  Topeka.com is currently owned by a jewelry company, best known for its engravings.  The asking price of the company is yet to be determined, but the site has already been halted by exceedingly high bandwidth generated by the Google-Topeka name transition. 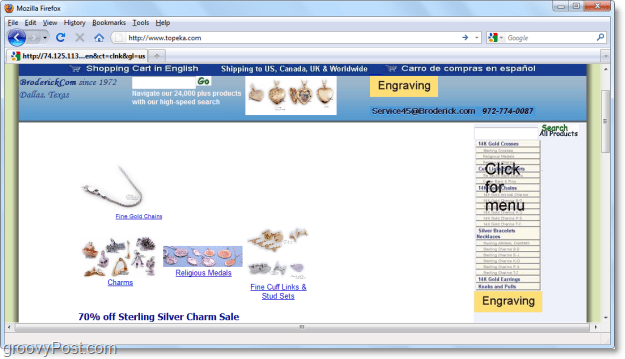 Another thing left to do is to change the name of Topeka, KS in google maps.  As you can see in the screenshot below the new name, Google, KS, has not yet been updated.

Sound unbelievable?  You bet it is!  Don’t forget that today is April 1st!  Another infamous April Fools joke from Google and from just poking around a bit, not the only one.  Here’re a few others I found this morning while poking around the various Google Services:

This morning when I logged into Google Voice, I saw this new announcement in the top bar.  Clicking on the link takes you to another April Fools prank from the Google Voice team that made me chucks a bit.  My favorite line was “Google Voice is so 2009. Old is in.” 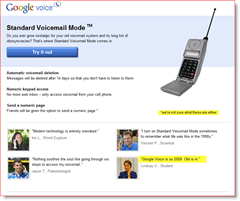 If you Click on the “Try it out” link, you will be greeted with the message: APRIL FOOLS along with a quick jab that Google Voice not be for you if you wanted Standard Voicemail…

The next prank comes from the Google Mobile blog.  Here we see an announcement that Google has created a translator for Animals (beta) which is:

Bridging the gap between animals and humans!

Back to Hits from Web Analytics

This one is much more subtle only probably only hard-core Analytics junkies will even understand this one.

We’re big believers that data trumps opinion, so we set out to prove our belief. We’ll be the first to admit that we were wrong. After extensive analysis by our quantitative teams, we’ve uncovered that hits (or How Interneters Track Success) is the only metric that actually matters in web analytics. Forget that business about absolute unique visitors, goal completion rate, or even bounce rate. If you want to achieve success, you need to focus on hits.

The title of the Google Announcement pretty much explains it all.  Scientists hard at work over at Google Maps have found a new dimension!!!  Granted, to see anything you will need to wear a special Red and Blue 3D Glasses! 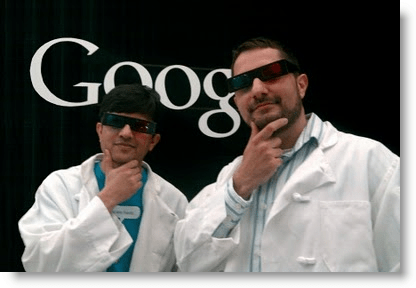 Still not as funny as the Google Translator, the Google Picasa / photos team dropped an April Fools blog post this morning talking about LifeSize – A new technology that analyzes your photos, compares them against other things in the photo and gives you a nice LifeSize printout of those in your pictures!  Wow! 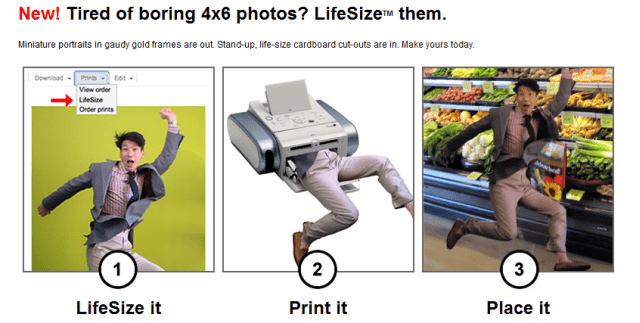 Google Reader was also involved in today’s April Fools.  I liked this one a lot.  Pretty funny ;)

After the conference, several of us felt like shirts didn’t seem like enough of a reward for all the valuable hours people have spent trolling through so many feeds. One thing led to another, we did a few calculations, drank a few too many cups of coffee, and today we’re happy to announce Google Reader’s first rewards program: ReaderAdvantage™.

The ReaderAdvantage™ program is simple. You get one point for each item you read. The more you read, the more you get. Then you can trade in your points for cool stuff. And because we believe in a little friendly competition, there are four levels of ReaderAdvantage™ status:

We considered inventing a secret ReaderAdvantage™ handshake, but instead we created embroidered badges to ensure that members can easily identify their compatriots.

Unmuting the web with Google Chrome 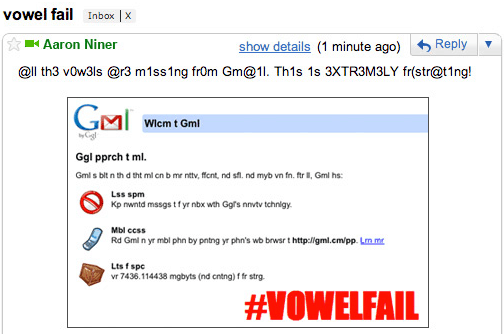 This morning the GMAIL blog announced that they ran into an issue after a routine maintenance which started a cascading failure of vowels in emails.  This April fools joke is worth the read over at the Gmail Blog.  My favorite line was:

Google Mobile Blog – Our newest mobile search feature: Where am I

Apparently, by typing in “Where am i” into your mobile browser, Google will tell you.  On my phone I was in Calcutta however many others were on: 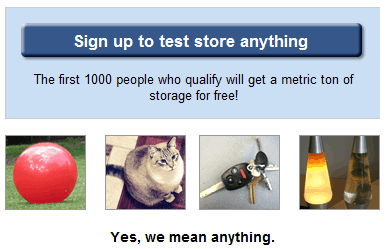 Back in January, we talked about the upgrade to Google Docs where they now allow all file types to be uploaded to Google Docs.  Well today, they have upgraded Google Docs once again to allow you to store ANYTHING in the Google cloud including your car keys, remote control, rail passes and EVEN YOUR CAT!  All you need to do is use the CTRL+F Key!  Very groovy!  More information can be found on the information site for the new upgrade.

I enjoyed the quote from Michael B – House Surfer:

“Since I uploaded my condo to Google Docs I can sleep in my own bed regardless of where I am. It gives a whole new meaning to don’t leave home without it.”

For sure worth a read!

Did I miss any?  Anyone else find an April Fools out there they enjoyed?