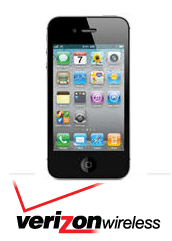 No boy has cried wolf so relentlessly and wishfully as the Verizon iPhone rumor mongers. The Washington Post, especially, has been a purveyor of Verizon iPhone prophecies with an ETA that’s been pushed back more times than that of the apocalypse. But at long, long last, it’s finally here. Today, Apple made an official announcement that the iPhone 4 will be available on Verizon on February 10. Existing Verizon customers will be rewarded for resisting the urge to defect to AT&T (as I did two Octobers ago) with first dibs on an iPhone 4 pre-order—if you already have Verizon, you can place your order “on or around February 3, 2011.”

That’s the good news. The bad news is that the Verizon iPhone 4 will not be a 4G phone. Repeat, the Verizon iPhone will not be an LTE phone. Of course, the worst part of AT&T’s 3G network is its spottiness and unreliability, so AT&T turncoats may find relief in the arms of Verizon. But we’ll just have to wait and see how Verizon weathers the onslaught of Apple-loving smartphone users come February 10.

With a 2-year contract, the Verizon iPhone 4 will cost you $199.99 for the 16 GB model and $299.99 for the 32 GB model. You will have the option of buying an iPhone 4 without a contract at full retail price. I’m not entirely sure what that means, though. It certainly won’t mean that you can get an unlocked iPhone 4. I think that option is geared more towards those who aren’t yet eligible for an upgrade through the “New Every Two” program.

You will be required to have a data plan with the Verizon iPhone 4, just like with AT&T. Pricing hasn’t yet been announced.

Oh, and for you AT&T iPhone users itching to jump ship, you can calculate your early termination fees using this Wolfram Alpha widget to see how much the damage is.

If you’ve been watching those AT&T commercials with Luke Wilson, you already know one key difference between the AT&T iPhone and the Verizon iPhone (or any smartphone): you can’t browse the web or otherwise transfer data via 3G while on a call. That’s just the nature of the network, and no amount of hardware tweaks will change that. You can, however, access the web via WiFi while on a call.

Perhaps to compensate for this shortcoming, Apple allows Verizon iPhone 4 users to use their iPhone as a mobile hotspot. You can wirelessly share your connection with up to five separate devices via Bluetooth or WiFi. AT&T users don’t have this feature (without jailbreaking), but you can tether your iPhone via USB or Bluetooth for an extra $20 a month. No word from Verizon on how much they’ll charge for sharing your 3G connection via your iPhone, but you can bet that it’ll be comparable. For the Droid X, for example, the Mobile HotSpot plan costs $20 a month. But overall, mobile hotspot sharing may be very good news for iPad owners who opted out of the 3G model.

In terms of processor speed, CrunchGear says that the Verizon iPhone is faster, but that could just be because their non-activated Verizon iPhone isn’t bogged down by software (yet). In real world situations, the differences in performance will likely be unnoticeable.

But here’s one key thing that has been fixed since the iPhone 4 came out for AT&T users: no more antenna problems. When designing the CDMA antenna for the Verizon iPhone, they went ahead and fixed the antenna and frame design that was plaguing AT&T iPhone 4 users. No bumper required.

According to a Washington Post blogger, you can’t disable 3G on the Verizon iPhone. Personally, I use that feature often with my AT&T iPhone in order to save battery when I’m on the Edge network. The problem is that the iPhone never stops looking for a 3G connection when it’s in an area of poor signal reception, and that really drains its battery. Perhaps Verizon’s better  coverage will obviate the need for this feature.

So, that’s the first Verizon iPhone. It’s largely going to be the same thing as the AT&T iPhone 4. But what about the iPhone 5? Or the next generation iPhone 4? I’m wondering if there is going to be any disparity between AT&T and Verizon users come Apple’s typical yearly upgrades to the iPhone. If so, I foresee some massive frustration ahead for Verizon customers who switched just for the iPhone 4. At some point, the AT&T iPhone and Verizon iPhone are going to have to fork in their technological paths, whether it’s because of network issues or logistical business issues.

As an AT&T user who has about 9 moths left on his 2-year contract, I’m not entirely sure that I’m going to switch. I haven’t been unhappy with my AT&T iPhone. I’ve been lucky enough to have pretty good coverage virtually everywhere I go. And I feel like switching carriers is bad luck—just like when you switch lines in the grocery store. That’s me, though.