Today Microsoft released the Official Supported and Unsupported Upgrade Paths/Scenarios on Microsoft Download.  No huge surprises hit me as I reviewed the documentation except just one.

Not a HUGE problem for me personally since I believe upgrades, for the most part, are evil. However, I’m guessing there’s going to be a big reaction out there as people hear the news.

Here are a few screenshots with all the details on Windows 7 Unsupported and Supported Upgrade Paths: 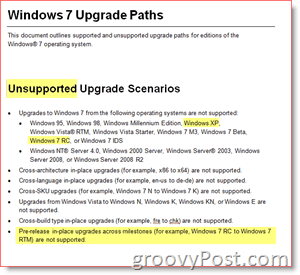 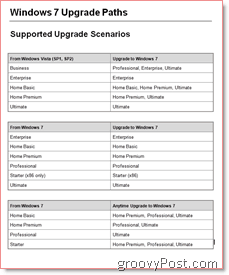 And here are the screenshots for Windows Server 2008 R2 Unsupported and Supported Upgrade Paths: 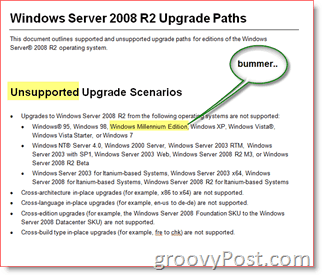 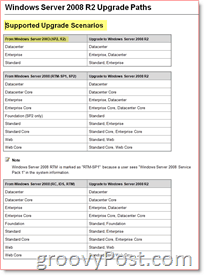 If you want to grab the Word Documents directly from MS Download: