Playing a physical disc on your Xbox One isn’t supported by default. You need to install the separate Blu-ray Player app first—here’s how.

The other day I wanted to watch a documentary that wasn’t available for streaming online. The only practical way to watch it was on a physical disc that I found at my local library – so archaic for a tech geek. Well, it has been years since I’ve had to watch something on a physical disc, let alone a DVD. I thought I could pop it into my Xbox One and be good to go. However, getting a DVD or Blu-ray to play on Xbox One isn’t precisely as intuitive as that. You need to install the separate Blu-ray Player app first because Microsoft doesn’t bundle it with its Xbox One console.

The reason Xbox One doesn’t come with native disc playback support is the same reason it’s not in Windows 10 for the desktop. Microsoft killed off DVD playback support several years back with Windows 8, citing the global decline of physical media sales and the rise in popularity of video streaming services. We’ve shown you how to bring DVD and Blu-ray playback for Windows 10, and here we’ll show you how to do the same with your Xbox One console.

Set Up Xbox One to Play Blu-ray or DVD

When I popped the DVD into my Xbox One S, I got the following error screen:  “The thing you’re looking for isn’t here. We probably don’t have it, but just in case, try searching for it.” 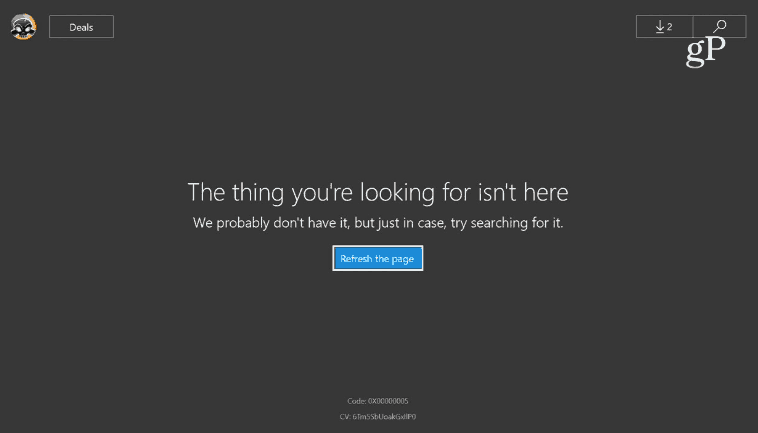 The Microsoft Store should open up the page to download the Blu-Ray Player app when you insert a disc.

Since it was giving me an error and not popping up the right app, I searched for “Blu-ray player” in the Microsoft Store to find and install it. 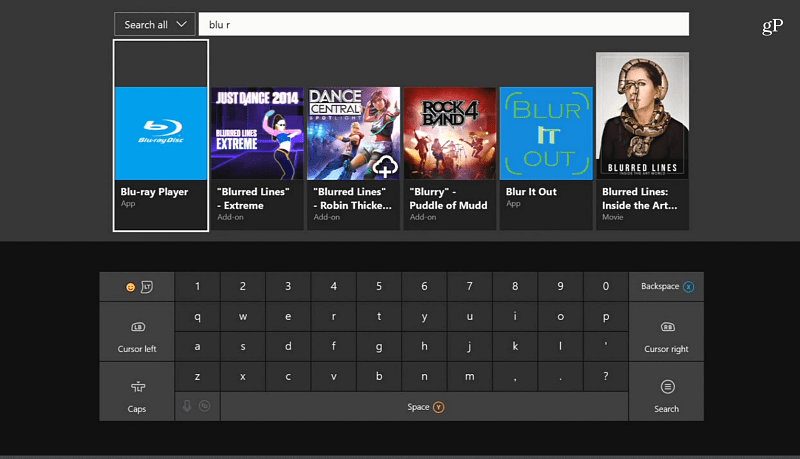 After installing the Blu-ray Player app, you can hit the Xbox button to return to the main dashboard. There you can select the “Play Disc” tile to kick it off. 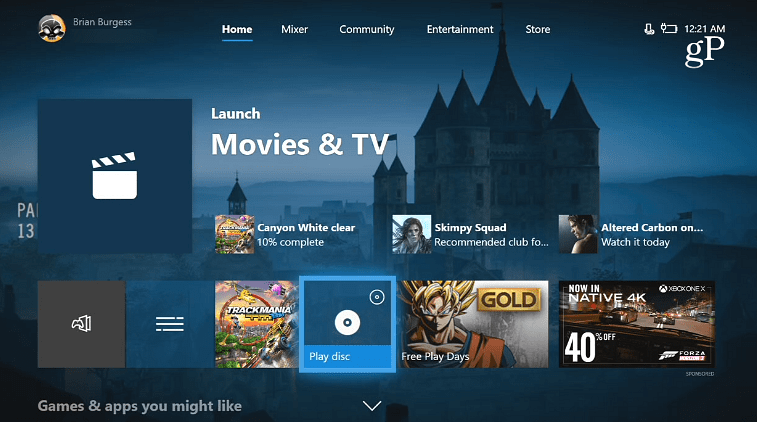 That’s it. Now you can control the video playback features using your Xbox controller. This is just something to keep in mind. When you have a few minutes available, and you’re thinking about it, you may want to install the Blu-ray Player app. Just pop in a disc or download the Blu-ray Player app on your Xbox one, so everything is set up and ready to go when you want to watch a flick. 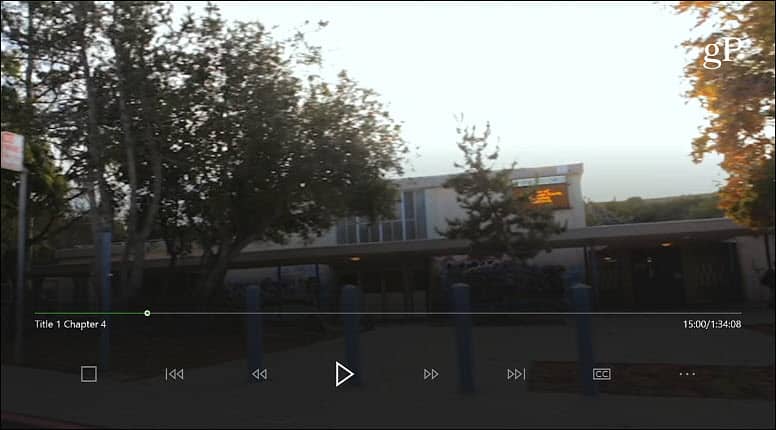 Do you watch physical media on your Xbox One console? Let us know your thoughts in the comment section below or head to our Windows 10 Forums for more discussion on all things Microsoft and troubleshooting advice.