While there’s no official way to make Google Maps the default on iPhone, there is a workaround. This guide will explain what to do.

If you’re using an iPhone, you’re probably used to using Apple’s own apps for common services. That doesn’t mean you have to—other alternatives are available.

For instance, if you’re used to using Google Maps, you might prefer to use that app instead of Apple Maps. There is a way to do this on iPhone (but only if you know how).

If you want to know how to make Google Maps the default on iPhone, follow our guide below.

How Do I Change My Default Map App on iPhone?

At the moment, it isn’t technically possible to set Google Maps (or another map app) as the default mapping app for iPhone. If you try to open a map link elsewhere, you’ll always see Apple Maps open.

There is one workaround, however—you can use Google apps to open map links via Gmail. This involves installing Google Chrome, Google Maps, and Gmail on your device. You then need to configure the apps to work together.

What You Need To Make Google Maps Default on iPhone

If you want to make Google Maps the default on iPhone, it isn’t as simple as downloading Google Maps and changing a setting. Unfortunately, you need to install a few other apps and change some other settings to make this work.

If you want to make Google Maps the default on iPhone:

When you send Google Maps URLs to your Gmail account and click the link in the Gmail app, it’ll default to opening Google Maps—not Apple Maps. This is the only known workaround to make Google Maps the default on an iPhone.

It doesn’t matter which order you make Google apps the default, but here we’ll start with the web browser. Make sure that you’ve installed Google Chrome from the app store first.

To make Google Chrome the default web browser on iPhone, use these steps:

Another step you need to take is setting Gmail as the default email app on your iPhone. Again, make sure that you’ve installed Gmail from the App Store first.

To make Gmail the default email app on iPhone, use the following steps:

Configuring Gmail on iPhone to Use Google Maps

You also need to configure a few settings in Gmail before continuing.

To set Gmail as the default email on iPhone, do the following:

That’s it. When a link or address pops up in your Gmail, it will ask you which app you want to open it with. Make sure to select the switch at the bottom so it doesn’t ask you every time. 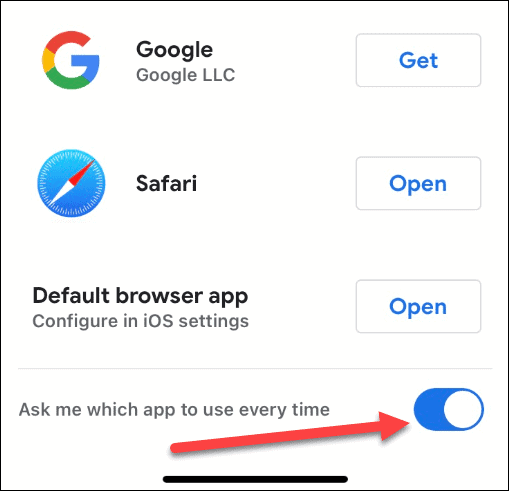 Following that, addresses you select in Gmail will seamlessly open in Google Maps on your iPhone or iPad. 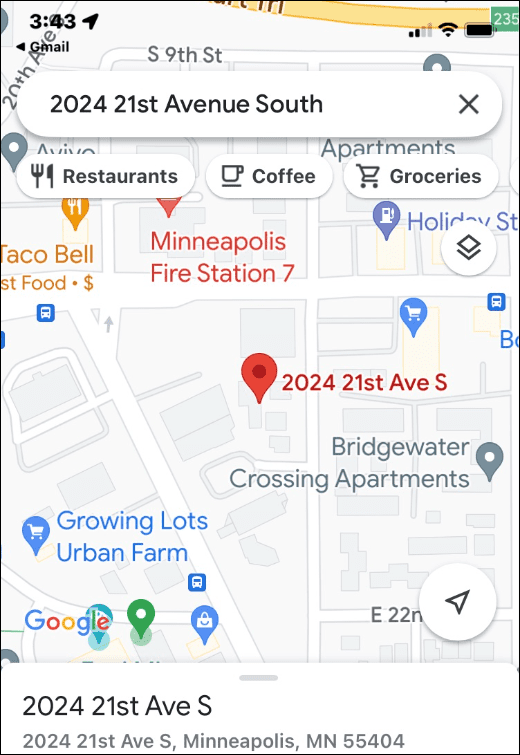 This isn’t a foolproof method, but using the steps above, you can set Google Maps as the default on iPhone. If you want to use it, make sure to send or share Google  Maps URLs to your Gmail account so you can quickly open them this way.

Again, it’s not perfect, and there will be times when Apple Maps still opens, depending on the app you use. If you use Google apps as the default, however, then the apps should work off each other to provide a close experience. Hopefully, Apple will allow a proper method to set Google Maps as the default in a future update.

For more on Google Maps, read how to calibrate Google Maps for an improved experience on your phone. Once you’ve calibrated your maps, check out using GPS coordinates in Google Maps. After that, learn about using your Google Maps timeline as a travel diary.