If you’re a Discord server owner faced with disruptive users, you may need to kick or ban them. Here’s how.

If you’ve set up a Discord server, you’ll already be familiar with what it takes to moderate your users. Smaller communities are easier to handle, but the greater the number of members, the more difficult this becomes.

There are shortcuts you can take, such as adding moderators or setting up a bot to help filter messages. If users start to cause trouble, however, you’ll need to take drastic action to assert your authority. You can do this by kicking them, which allows them to rejoin later, or by banning them from your server for good.

If you want to know how to kick or ban a user on Discord, here’s what you’ll need to do.

You have two options to remove users from your Discord server–kicking them or banning them. Kicking them is the less drastic approach, as it removes the user from your server, but it doesn’t ban them entirely. This means that the user can rejoin at a later date, should you invite them to do so.

This is a good option to help put abusive or disruptive users in their place and can be a good first step before you think about a permanent ban. However, if you want to ensure the user can’t rejoin, banning is your only option.

This will stop them from seeing your server or using an invite link to rejoin. Discord bans are IP and account-based and can only be circumvented with a new user account and a change of IP address.

How to Kick a Discord User 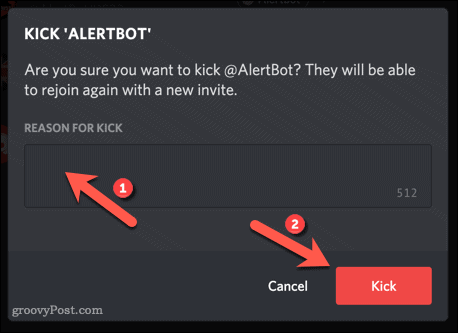 Kicked users are free to rejoin as soon as they’re removed as long as they have an active invitation link. If you’d prefer to ban them permanently, choose the Ban option instead.

How to Ban a Discord User 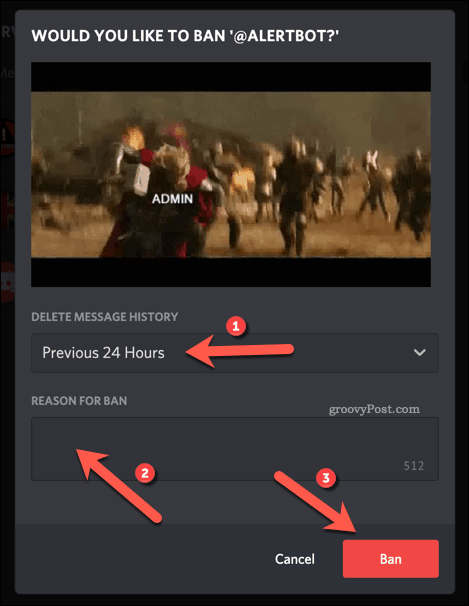 Once banned, the user will disappear from your server and won’t be able to rejoin.

How to Unban Someone on Discord

If you want to unban someone on Discord, you can do so at any point. Here’s what you’ll need to do: 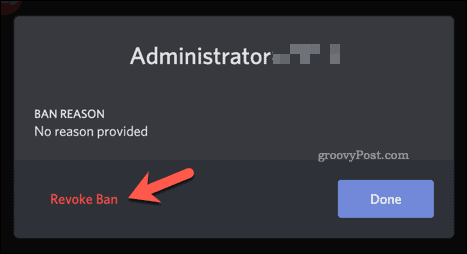 With the ban removed, the user will be free to rejoin your server. They’ll require a new invitation link to do this, however.

How to Kick or Ban a Discord User on Mobile Devices

If you’re using the Discord mobile app on Android, iPhone, or iPad devices, you can kick or remove Discord users by following a similar set of steps. 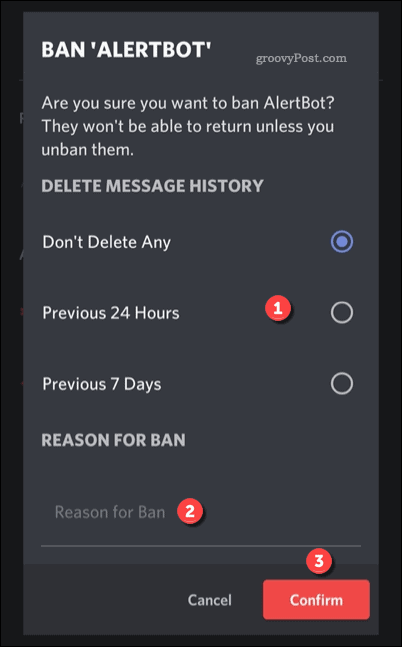 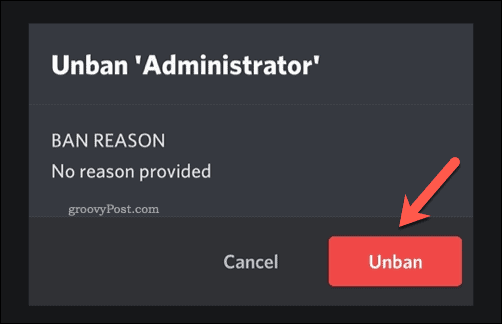 Once unbanned, the user will be free to rejoin, but you’ll need to provide them with an active invitation link first.

If you ban someone on Discord, you’re kicking them out of your club—at least until you unban them. Once your server’s moderation is stable, you can start to make the most of what Discord has to offer. For instance, you can use Discord’s screen sharing abilities to stream your screen to your friends, letting them watch you play games, watch videos, or perform tasks.

If you want to boost your server’s credibility, you and other users can unlock extra features with a Discord Nitro subscription. If Discord isn’t for you, however, don’t worry–you can delete a Discord server pretty quickly. Once that’s done, you can switch to another platform like Slack instead.