Installing a new NVMe M.2 SSD Hard Drive will not only increase your system performance, it will also greatly extend the life of the device. Here’s how to install one.

Whether you’re looking to upgrade the performance of your PC or extend the life of an older system, the most important component to replace first is your hard drive. Surprised I didn’t say your processor, memory, or video card? That’s where many people would start, and unfortunately, it would be a wrong move.

Yes, the faster the hard drive, the faster data can be read and written, thus speeding up all aspects of your computer experience. In fact, test results from Samsung have shown that performance benefits are even greater when combined with other high-end components, including CPUs and GPU graphics cards.

With this in mind, today, I’m going to demonstrate with screenshots how to install the next-generation hard drive, which leverages the new Non-Volatile Memory Express (NVMe) protocol, connected to your computer using an M.2 PCIe slot. That’s right, no messy cables are required for these new hard drives!

The photos below were taken while building my latest Windows rig in 2018. The motherboard is the ASUS ROG STRIX Z370-E, and the hard drive is the Samsung 960 Pro NVMe M.2. For 2022, however, I suggest buying the Samsung 970 EVO Plus if you need a drive larger than 500GB. If 500GB is fine, go for the latest and greatest, PCIe 4.0 NVMe M.2 Samsung 980 PRO SSD. If your motherboard doesn’t have an M.2 PCIe slot, don’t panic. You can grab an M.2 PCIe Adapter on Amazon for under $20. A great option for older systems. 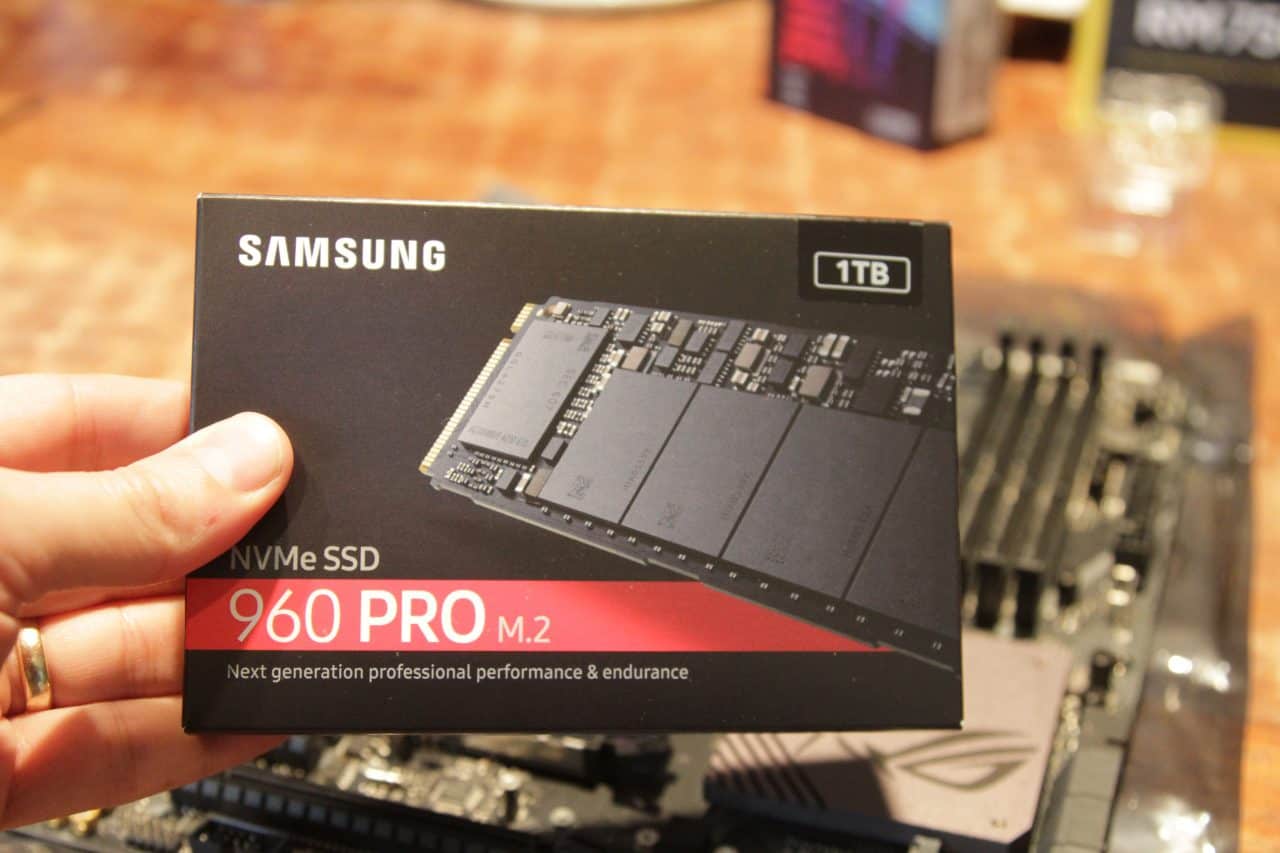 A quick reminder before getting started: you should never open your computer and start touching components without an anti-static wristband on — I use the Vastar ESD, which is inexpensive but works great.

Start by opening your system and locating the M.2 PCIe slot. 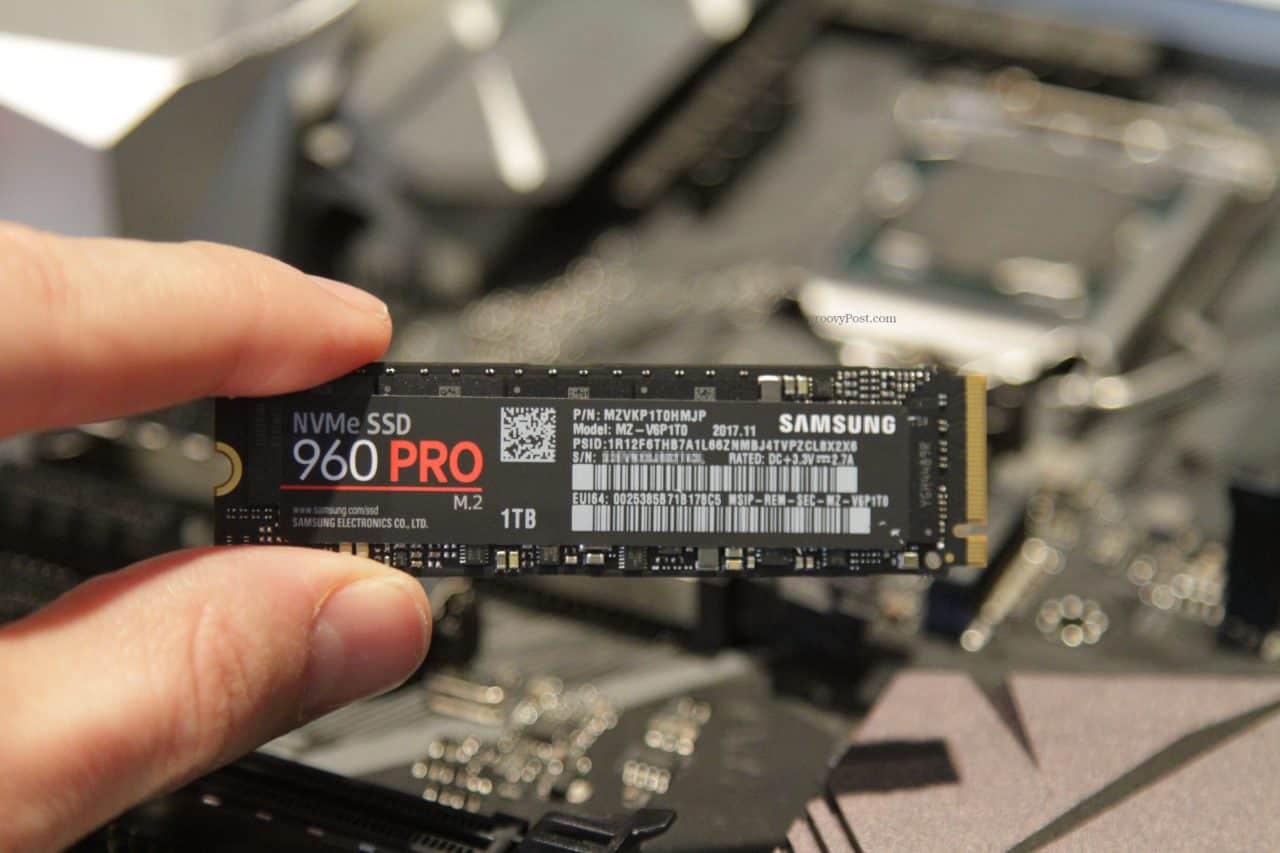 On my ASUS ROG Motherboard (which I absolutely love), the M.2 interface was hidden under a plate used to keep the drive cool. 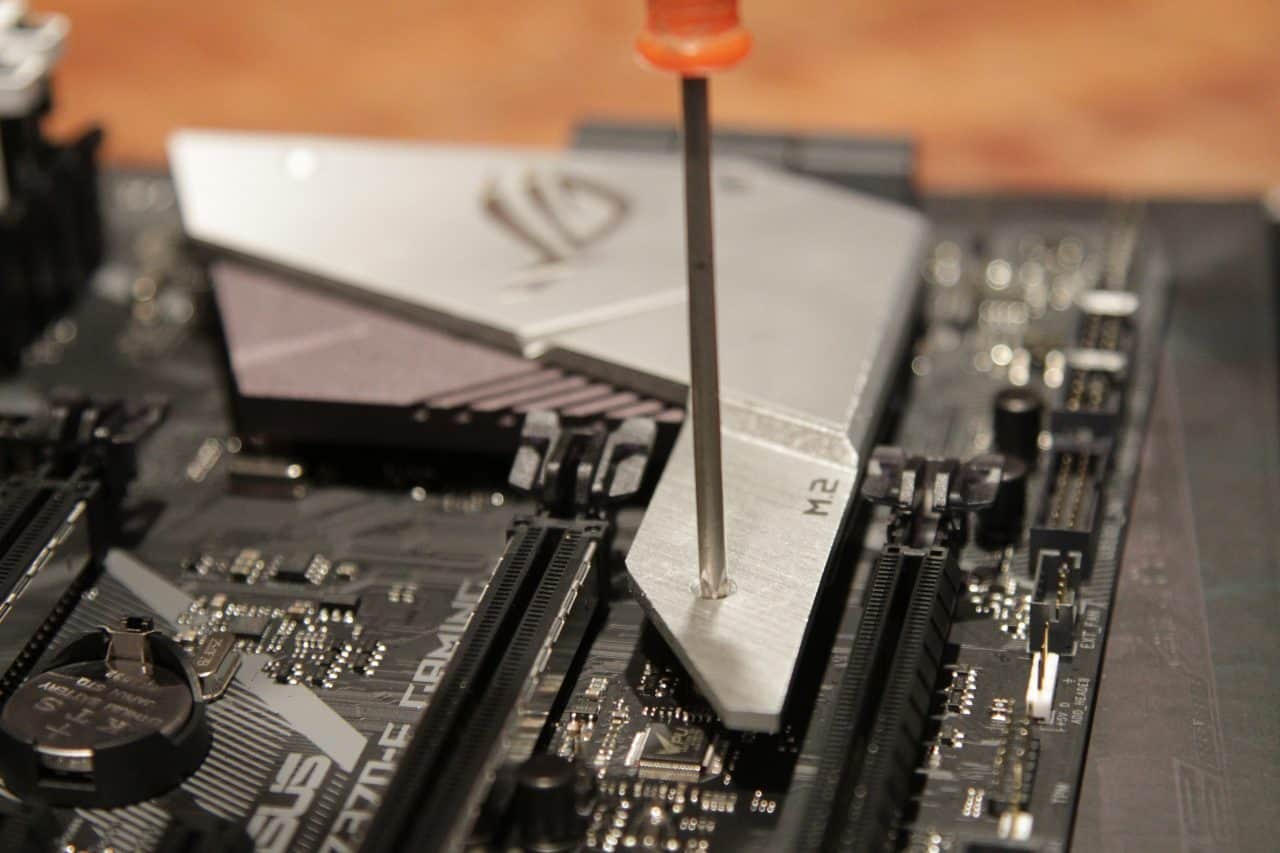 It can be quite shocking the first time you find the M.2 port. It’s small and compact. 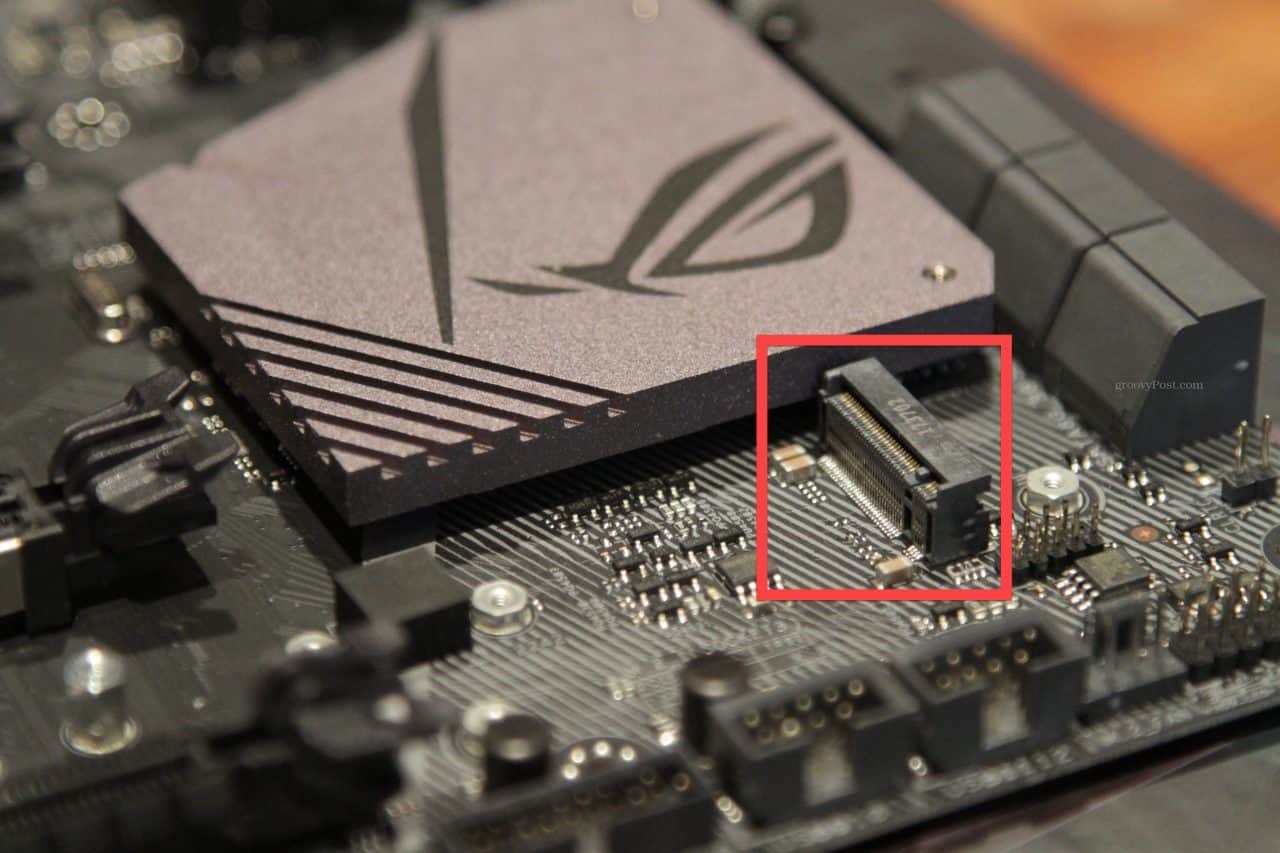 Install the motherboard standoff screw based on the length of your M.2 SSD drive. Most drives these days, including mine, use the M.2 2280 form factor. 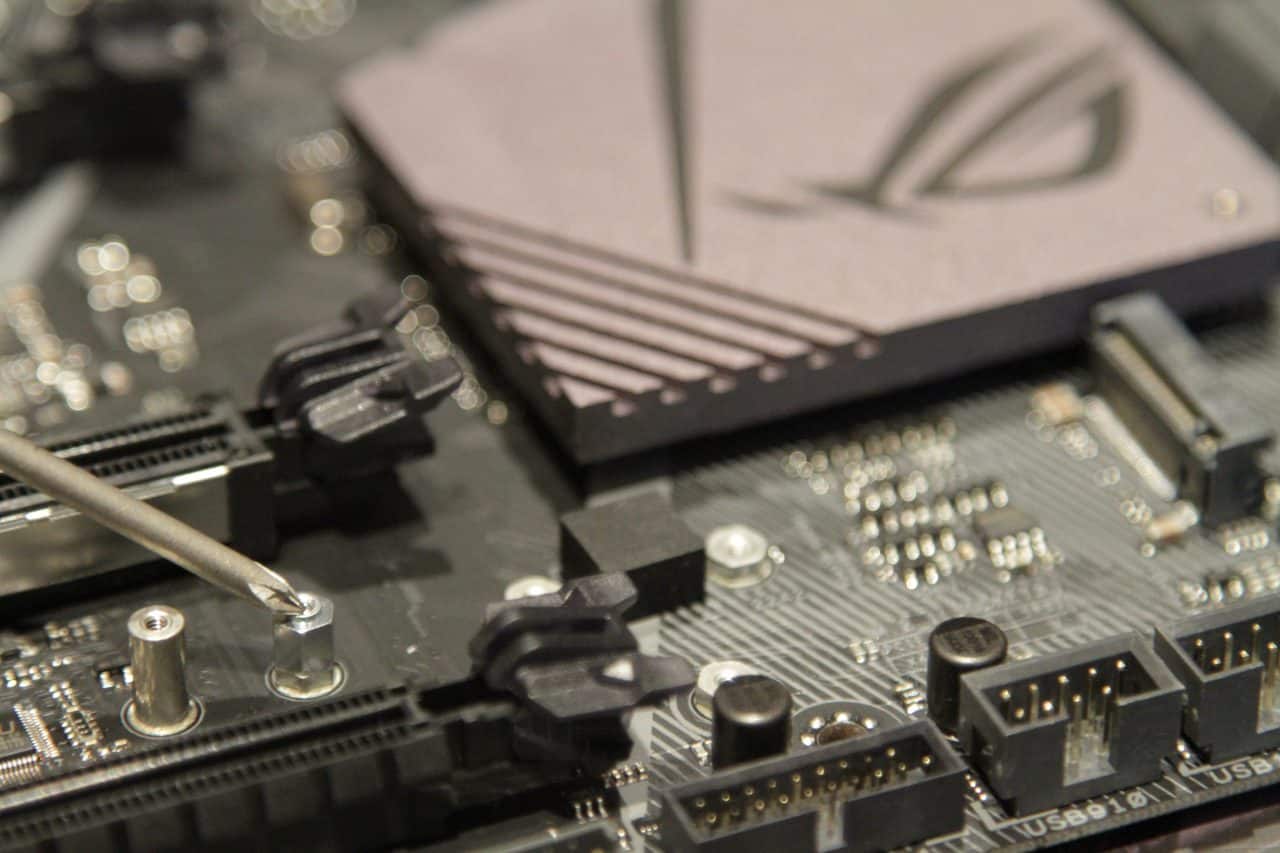 With the standoff screw in place, now’s the time to slide in the drive into the M.2 slot gently. Start at a 30-degree angle. It’s slightly notched, as shown below. 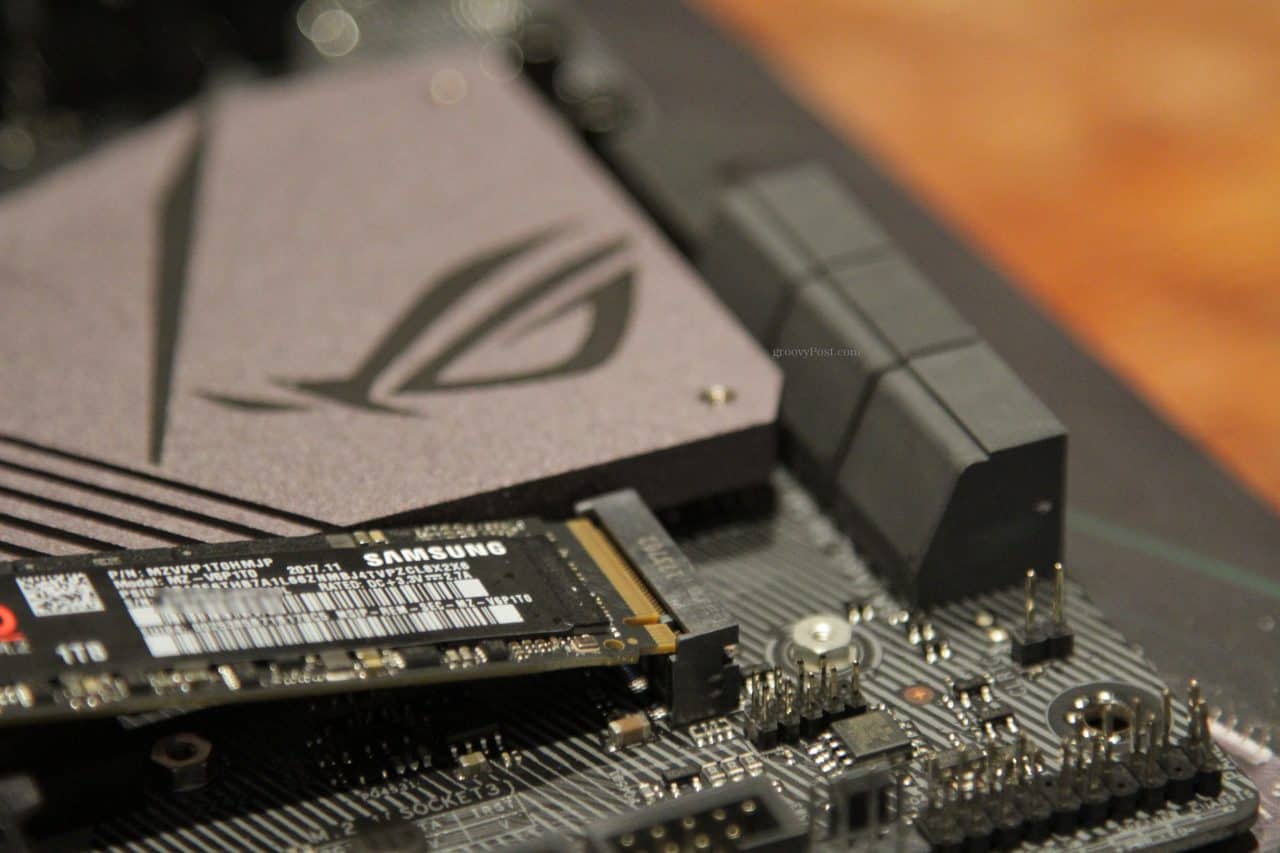 Push from the back, using just medium pressure. Do not force it. 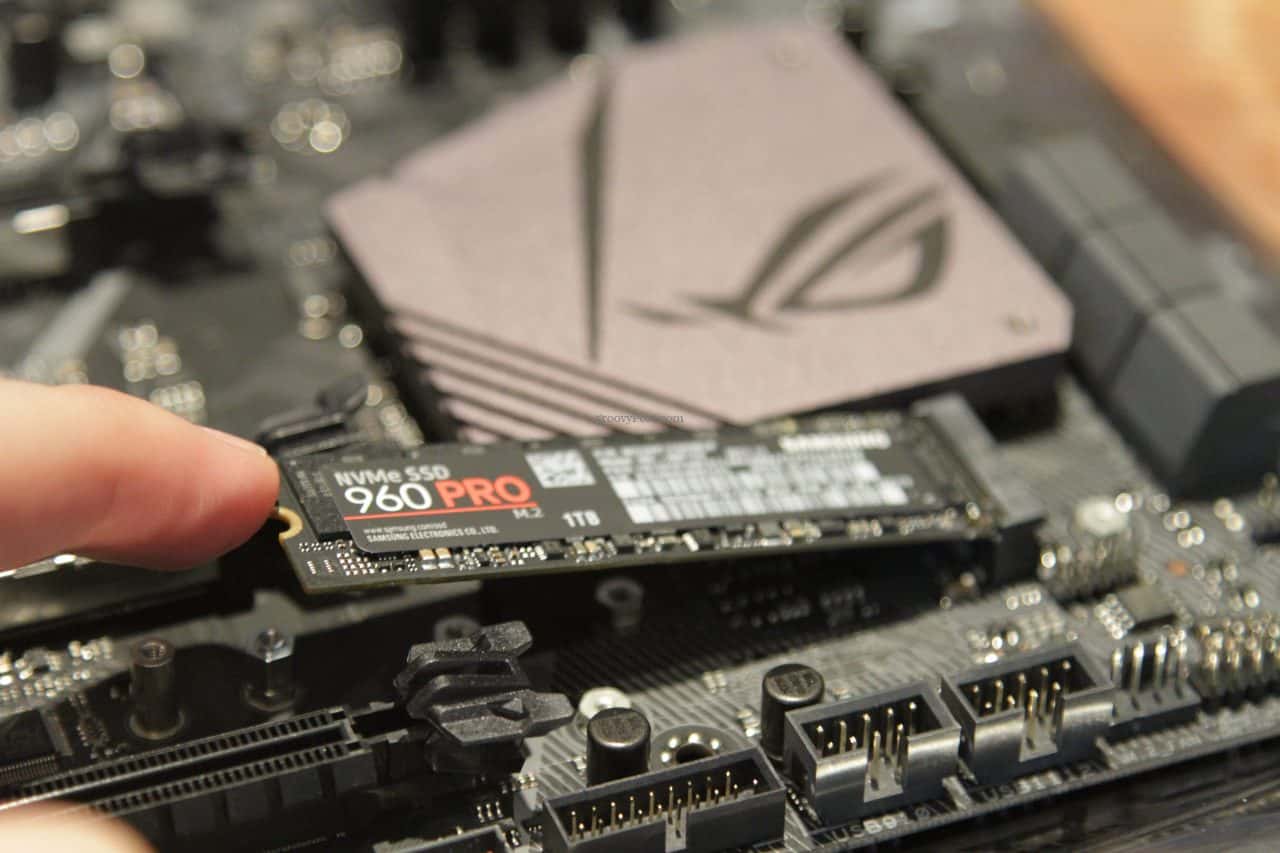 After installation, it will sit in a raised position. This is normal. 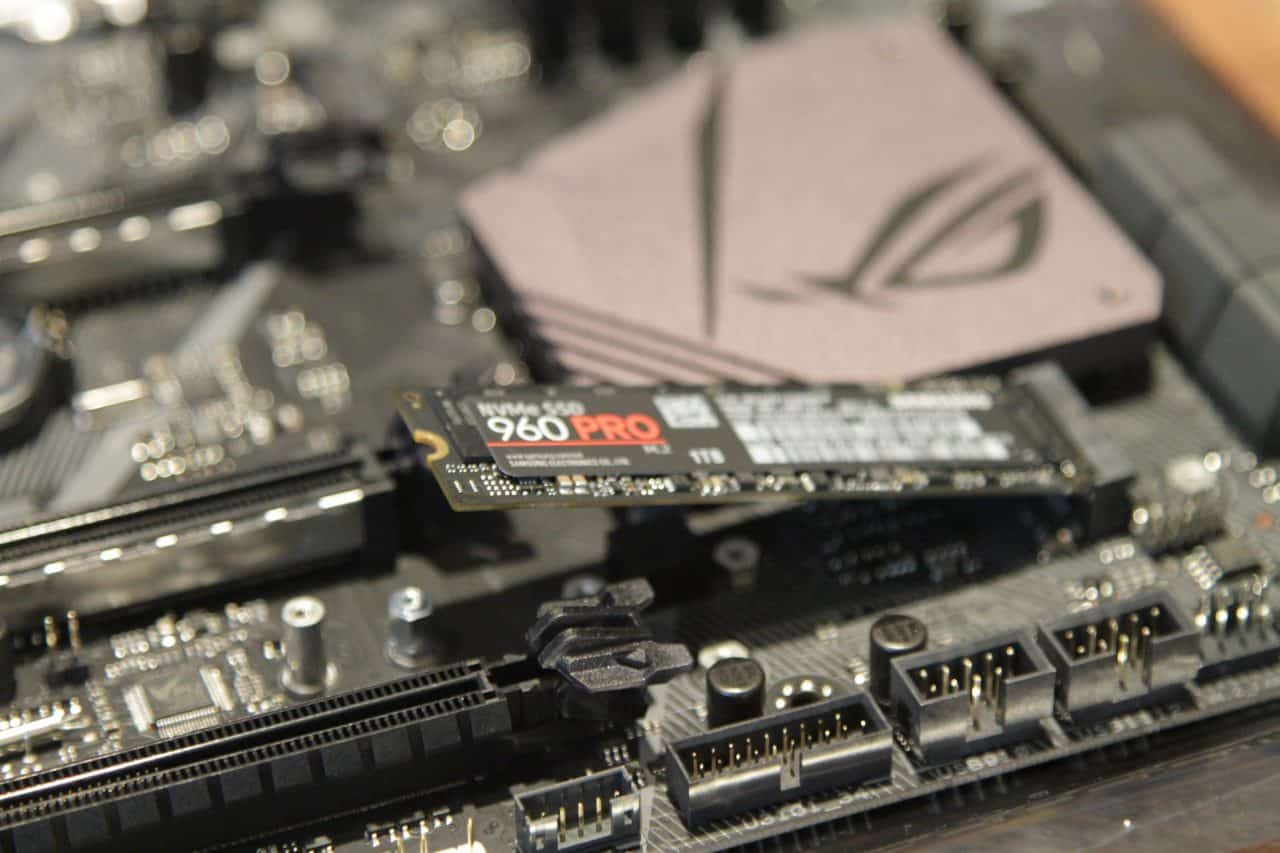 Push down so the SSD is flush with the motherboard and sitting on the standoff mount screw. 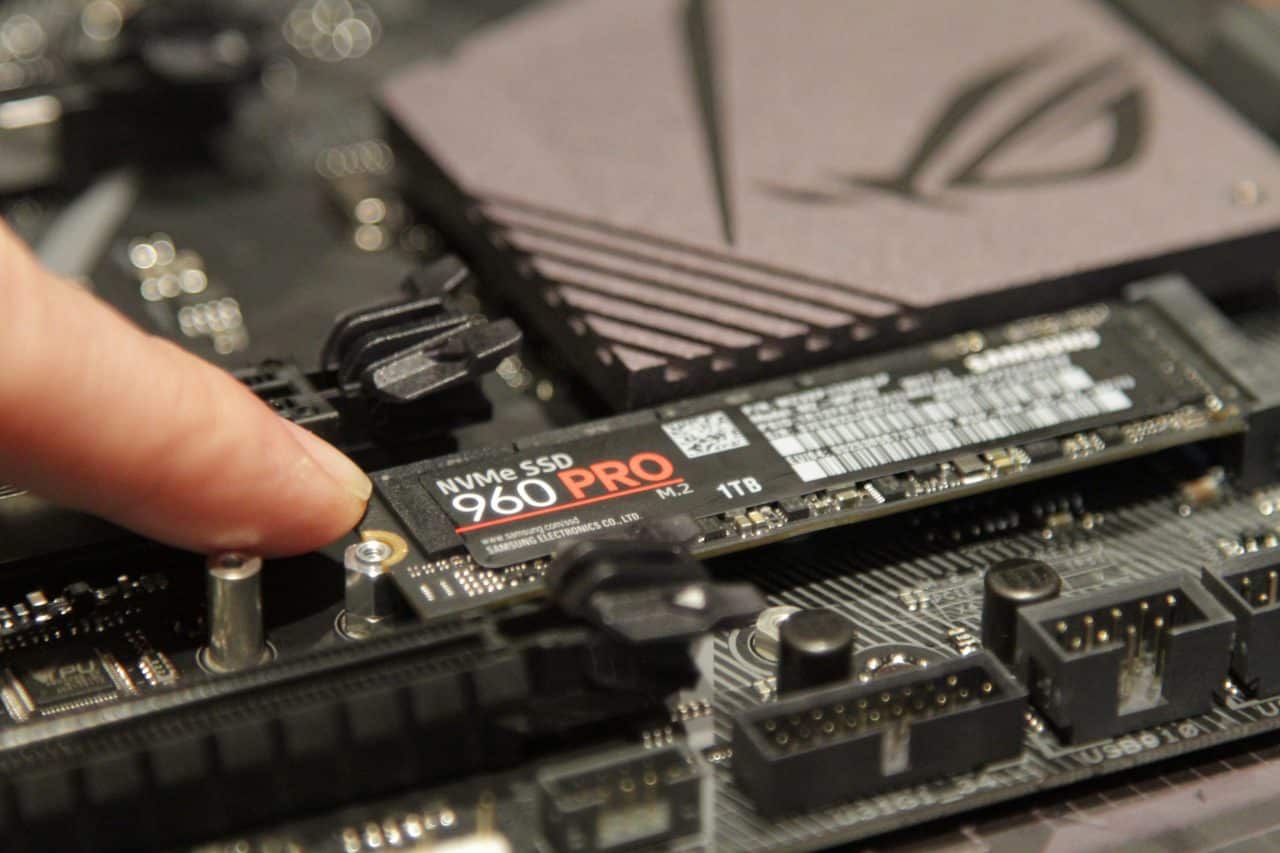 Screw down the SSD drive to the motherboard standoff mount. Tighten until it’s snug—no need to torque it down. 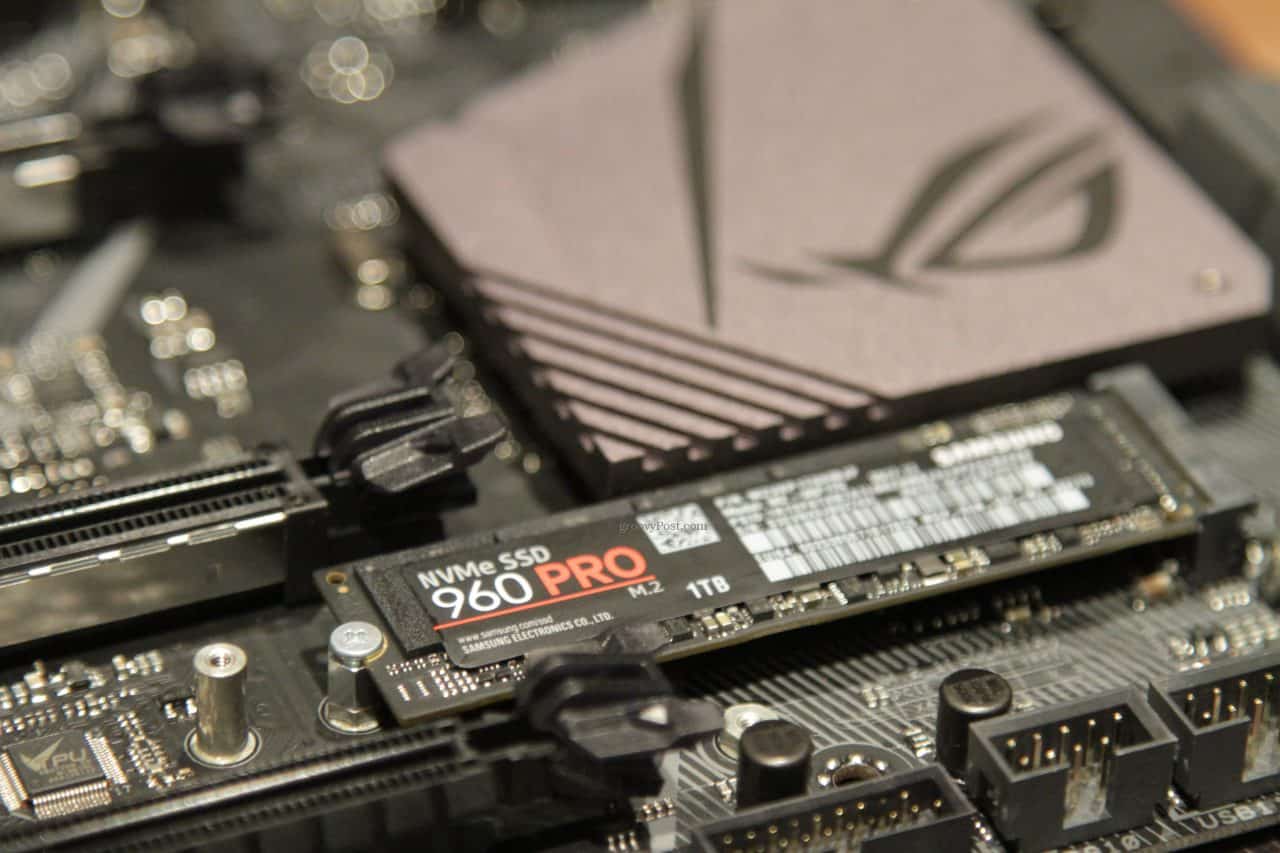 With the introduction of the PCIe Gen 3 NVMe SSD (and now the Gen 4 NVMe drives), there is no better time than now to upgrade the overall performance and reliability of your computer. The Samsung NVMe M.2 drives finally unleash the full potential of the latest memory modules and GPUs out there, blowing through the 600 MB/s limitations of SATA III.