Windows 8 comes with a lot of fonts out-of-the-box. But you might want more free fonts. Here’s how to install them.

Update: Microsoft is no longer providing mainstream support for Windows 8.1. Here is what the company says:

Installing fonts in Windows 8 is easy. All you need is a file containing the font you want to install. These are often .ttf files. Make sure you have it someplace handy, like the desktop, before proceeding.

From the Metro Interface, type the word fonts. You’ll get a few results under Settings – select Fonts. 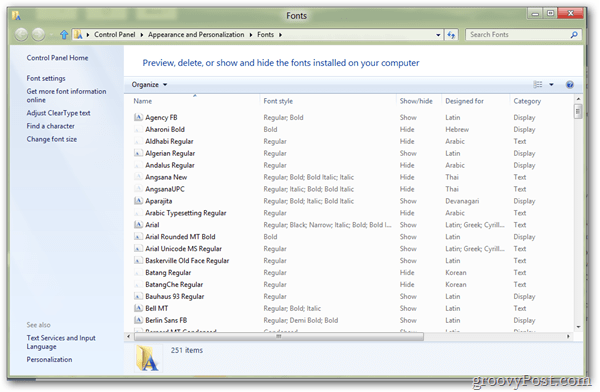 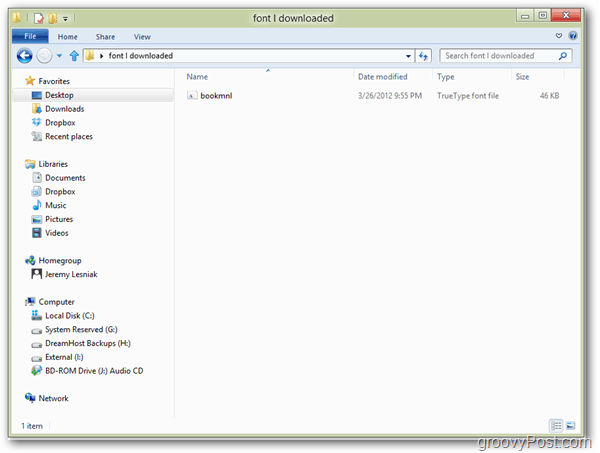 Drag the font file into the Fonts folder. 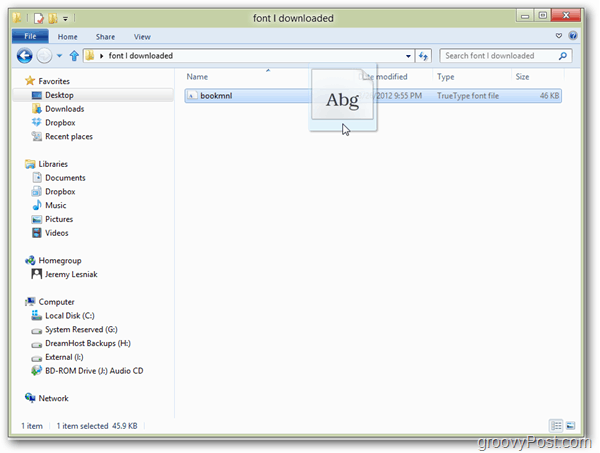 Done! This was more difficult in earlier versions of Windows, but here it’s a breeze. If you receive a message about the font already being installed, it means one of two things – you already have that font installed, or you have another version of that font installed. In either case, it’s best to back off and see what’s really going on with your fonts before you overwrite what is already installed. 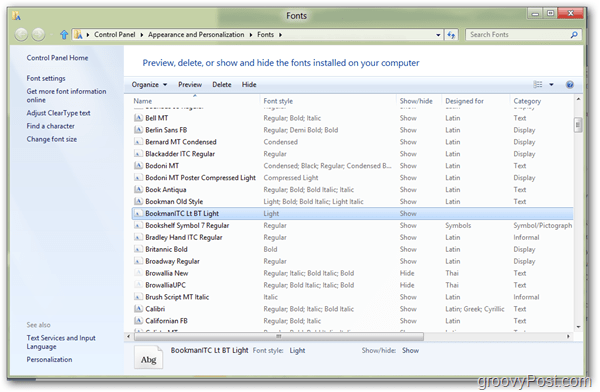