Most websites don’t want or support a single user logging into multiple accounts.  Previously we looked at how to get around this using Firefox, this time we will take a doing something similar with Chrome.  While this method for Chrome isn’t quite as good as Multifix, it doesn’t require you to install any browser extensions either.  All it takes is a little “incognito.”

Note: This should work for other browsers as well, but we’ve only tested it with Chrome.

Open Chrome as usual and log in to the site you’d like to use multiple accounts simultaneously on.  As an example in this How-To, I’ll be using Gmail. 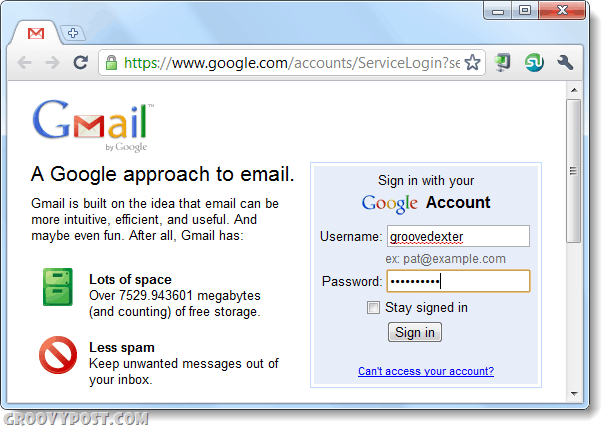 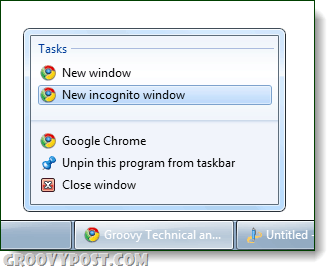 Now in the new incognito window you should be able to sign in to an entirely different account on the same site, as shown in the Gmail screenshot below. 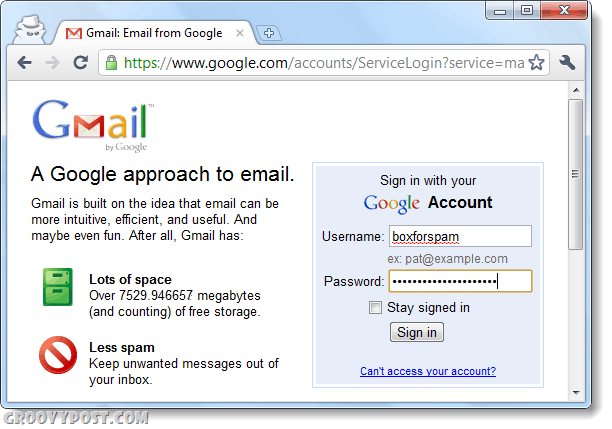 Now you can be logged into two different accounts at the same time for nearly any web service.  Note that this will only work for up to two accounts, but clearing account data and logging into a different one under incognito is as simple as closing the incognito window and reopening it. 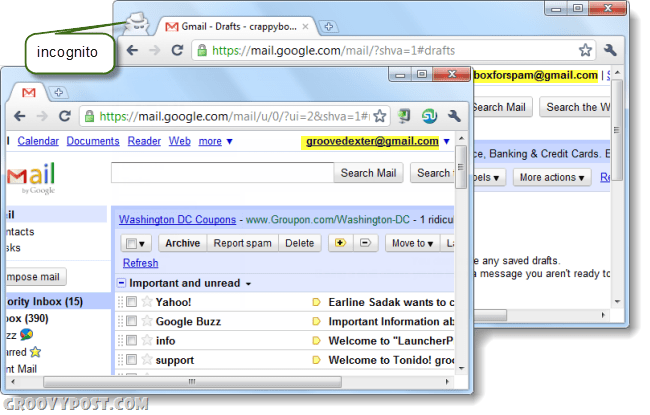