Do you have more than one account for some websites?  I’m going to guess that most of you groovy geeks out there (yes, there is a difference between a geek and a nerd) are like me in that you have several accounts for various purposes.  For example, I have several Gmail accounts for home/business use and testing. I’m sure like me you’ve run into problems trying to login to these websites using multiple accounts being that generally, you can only log in one at a time. In the past, I solved that problem by using multiple browsers like Chrome or IE side-by-side with Firefox.

However, for the past few months, I’ve been using a groovy Firefox extension called Multifox. The Firefox Add-on not only solves this common problem but it also simplifies things.  Let’s take a look!

How To Open Multiple Gmail Accounts Using One Browser – Firefox

After you’ve Clicked Install, a pop-up will appear in the top-right corner of Firefox.  Click Allow to continue installation.

A Software Installation dialog box will pop-up. Promptly Click Install Now.  To finish installing the add-on, you will need to Restart Firefox. 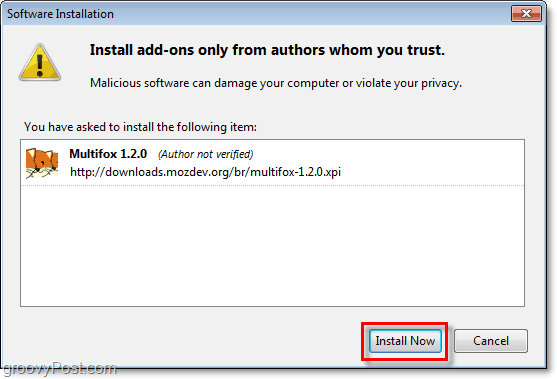 Now when you want to open a Gmail (or ANY login site) as a different user without being forced to log out, just Right-Click any link and Select Open Link in New Identity Profile.   A new window will appear, and it will have it’s own separate identity profile. 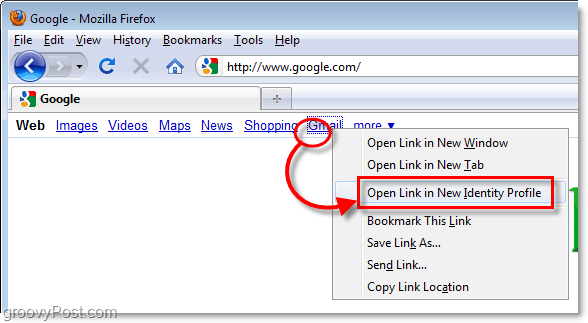 Any window that you open as a “New Identity Profile” will have a mark in the address bar to let you know what identity profile it is.  I haven’t tested to see how many different profiles you can open but, I figure most people won’t need more than five.

Note that #1 is your original Firefox window and not marked with a number in the address bar. 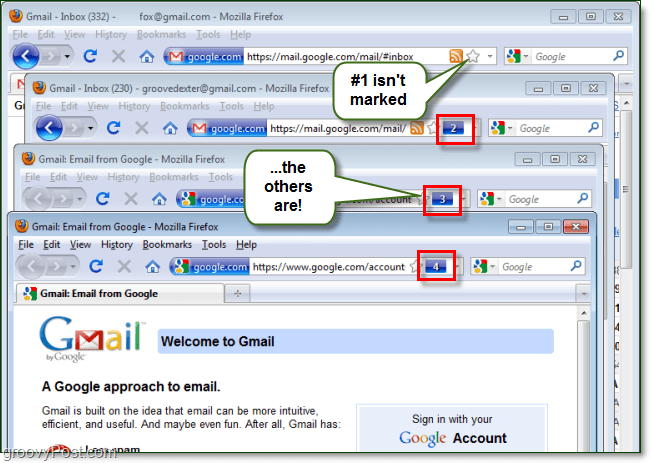 Do you have a favorite Firefox extension/add-on that saves time or resources?  Let us know about it in the comments!