Getting a good customer experience from AT&T when dealing with your iPhone is important. Here are some tricks and tips so you get what you want out of the company.

Those purposefully contrived, labyrinth-like customer support lines can feel truly dehumanizing. And the more calls a company gets, the more contrived and frustrating the system gets. But, of course, anyone who has been an AT&T customer for any length of time knows this already. AT&T is notorious for its service issues—from dropped calls and poor coverage to controversial changes to its iPhone data plans—and ongoing issues like these. Thus the phones ring ‘round the clock in their customer service call centers.

Ready for the Challenge?

As such, getting what you want from AT&T’s customer support line can be quite a challenge. This issue is partly because the AT&T representative has a duty to follow a particular protocol that’s in the best interests of AT&T’s bottom line. But here’s something that  most customers don’t realize:

There are written and unwritten rules of engagement for the caller that play a significant role in determining satisfaction.  Following these rules could mean the difference between getting stonewalled for your legitimate complaint or receiving a fat discount for your trouble.

Recently, Reddit user TheBoomGuy hosted an “Ask Me Anything” (AMA) session revolving around his experience as an employee at Stream Global Services, one of the main contractors that handle AT&T’s call centers. In his AT&T customer support representative tell-all, he gave the Reddit community some insider insight into the way things work at AT&T.  TheBoomGuy is based in the U.S. and is part of the Escalation Team. That means he’s the first person you talk to before you talk to a supervisor, but after you get through the first wave of customer support reps who can’t do much for you.  The thread elicited over 600 questions/comments/responses and delved into significant issues as well as some minutiae.  Some other former and current AT&T reps chimed in with their two cents, too. For your convenience, I’ve summarized the highlights below.

Spoiler alert: You already know the main takeaway from this article: Treat the person on the other end of the line with respect, and in most cases, you’ll receive respect in return. But there are some ‘insider secrets’ that can fast-track you to a resolution, discount, credit, or at least increase your chances of success. 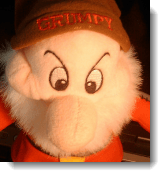 Customer support reps deal with lots of angry, rude, and sometimes crazy people every day. And more than a few of these callers have a massive sense of entitlement. So, unsurprisingly, many have an informal system for gauging your attitude and rewarding or punishing you for it accordingly.

As TheBoomGuy says, “If you’re an ass####’ you get nothing. If you are nice, you have a better chance.”

He also says that he sometimes puts rude customers on hold on purpose. That’s probably so he or they can catch their breath and come back to the situation with a cool head.

“Can I Talk to Your Supervisor?”

Another big fallacy is that customers can resolve their problem by snubbing the lower-level guys and demanding to speak to a supervisor right away. The exact opposite is true. In this rep’s case, his supervisor sits in the next room to him—so when he has an obnoxious customer on the line, he’ll poke his head around the cubicle and give him a heads up: “Hey, this a$$hole wants to talk to you.” As you can imagine, this primes the supervisor’s willingness to go the extra mile to help you or not.

Sometimes, a rep will put you on hold while they run something by their manager. Most of the time, they really are doing this. But if you tick them off, they may pretend to.

How to Talk to Supervisor

Also, note that going to the rep’s supervisor doesn’t get them in trouble. It happens all the time, and in most cases, it’s because the customer is stubborn.

With all that being said, the supervisor will fulfill his or her professional obligation to field your request regardless of your attitude. But there are many situations where a protocol allows them to decide one way or another without getting in trouble. That’s why you want to get on their good side.

You can believe what you want about customer service representatives, but for the most part, they do genuinely want to help you. It’s easier on the nerves and job security to have a positive experience rather than a crumby one. So don’t assume that they are on a power trip. Instead, try to work with the solutions they are offering you before you get salty.

One last “fun fact”: If you escalate to a supervisor and then ask to talk to the supervisor’s supervisor, you’ll usually just be transferred to another supervisor rather than speaking to someone higher up.

As someone who’s never worked in a customer support department, this concept fascinated me. AT&T, like many other companies, places a numerical value on each customer based on how lucrative their account is or will continue to be. When you are a brand new customer, you are assigned a customer number of 0. Keep paying your bill on time, buy a more expensive phone or plan and pick up some extra lines, and you can bump your number up to about 3. Level 5 is the highest and is reserved for large business accounts that spend thousands and thousands of dollars a year.

A higher customer level means a better chance of getting a discount, credit, a free phone, or an adjustment to your bill. But beware: if you call in with many complaints and successfully appeal for credits, your customer level will go down. And being a level 1 is worse than being a level 0 because it means you’ve been demoted for some reason. (In this case, the squeaky wheel gets the shaft.)

In a way, your customer level is a little bit like your credit score. The length of your history with the company, your payment history, and the amount you pay all factor into how valuable you are as a customer and how hard they’ll try to keep you.

Note: This chart is an approximation for illustration purposes based on what TheBoomGuy said. Those aren’t official figures.

For some reason, customers always think that a threat to switch to Verizon or T-Mobile, or Sprint is their magical ace in the hole—especially now that Verizon is getting the iPhone. But AT&T has an even bigger trump card (did I mix card-playing metaphors?) It’s called the Early Termination Fee, and they know that you loathe to pay it to break your contract. From the AT&T website:

The iPhone and most other smartphones fall into that “specified equipment” category. Unfortunately, that means that you’ll pay a minimum of $95 in ETFs, even if you cancel on the day before your contract expires.

True, AT&T is aware that Verizon Wireless poses a threat to them—everyone knows that. But they’ve already thought of that, and their ETF is how they are protecting themselves from the threat of defection. Threatening to switch or coyly mentioning an attractive offer from Verizon might get you some traction, but it all comes back to your attitude and customer level/Lifetime Value. 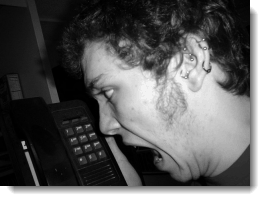 There were lots of other topics discussed in the thread, not all of which were actionable. Some more highlights:

Be Aware of Service and Phones

Overall, it was a kind of interesting thread. Note, however, that (A) the identity of the poster was never verified, (B) that he was an employee of Stream, not AT&T, and of course, (C) his views do not reflect the official company stance and only speak to his personal experience. But his responses confirm and debunk some of the suspicions we’ve all already had about AT&T’s customer support protocols and practices. Nevertheless, if nothing else, it was a fun thread AND a fun groovyPost to write.  Hopefully, you agree!