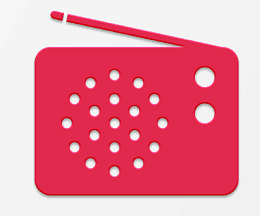 Apple has released its version of what’s already a decade old technology, iTunes Radio. Here’s a look at it and how to get started with the desktop version.

Apple finally launched iTunes radio this week when it released iOS 7. This is Apple’s new streaming music service that’s now built in to iTunes 11.1 for Windows and OS X. It provides free (ad supported) music for everyone. But iTunes Match subscribers ($24.99 per year) get ad-free service and can play it on Apple TV too. Here’s a look at getting started with it on the Windows desktop iTunes client.

iTunes Radio on the Desktop

To access iTunes Radio in the iTunes desktop app, you’ll need to upgrade to version 11.1. Which is a rather large download clocking in at over 90MB for the PC version. 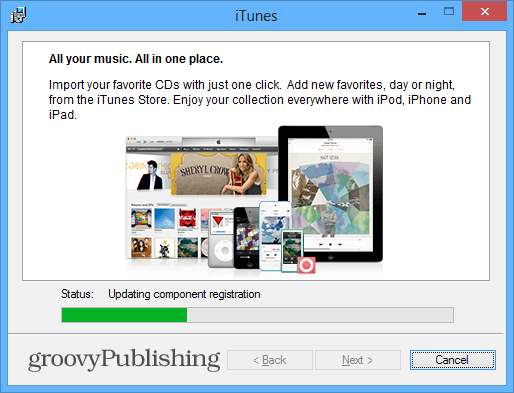 You can access iTunes radio by clicking the Radio button at the top when you access your Library. 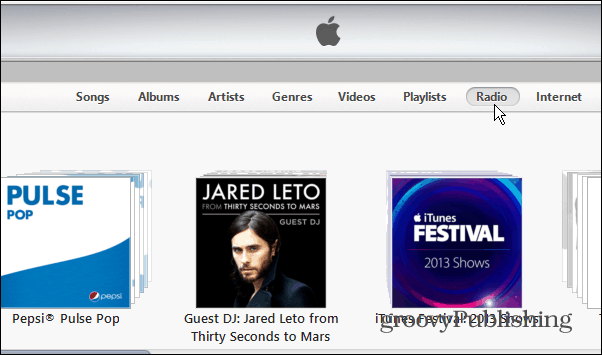 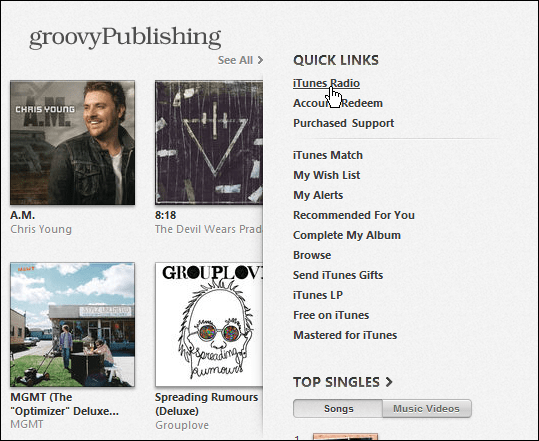 Established music streaming services like Pandora, Xbox Music, and Spotify allow you to create stations and creating them in iTunes Radio is easy. When you launch it, you’ll find already created Featured Stations, and you can make your own in the second column by clicking the “+” button next to My Stations.

Then you can either select a genre of music, or search for specific bands, artists, and even specific songs. 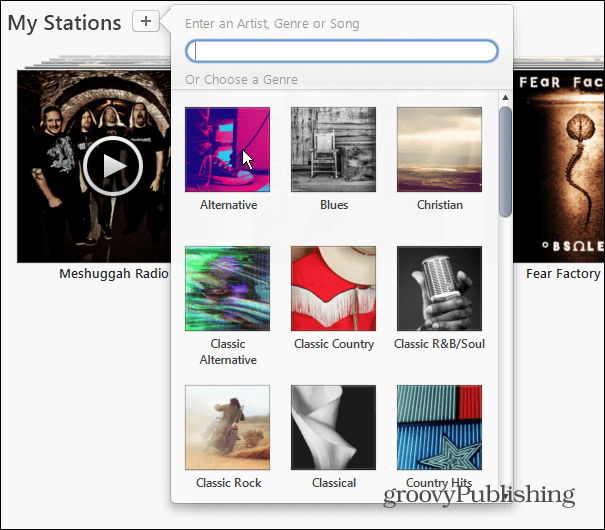 After creating the station go ahead and start listening. You can then create more stations the same way while listening to what’s playing. 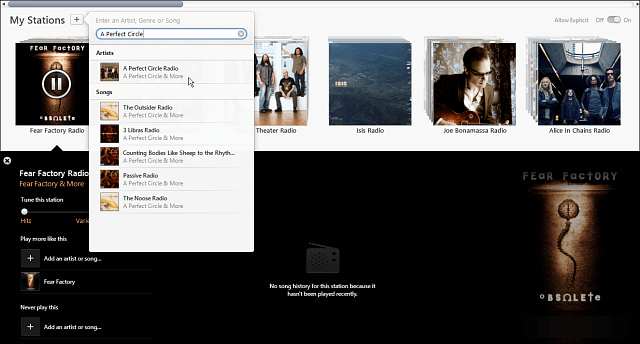 If there’s specific things you you don’t want to hear on your station, click Never Play This. Here you also tune the station between playing Hits – songs you’re probably most familiar with, Variety, and Discovery. 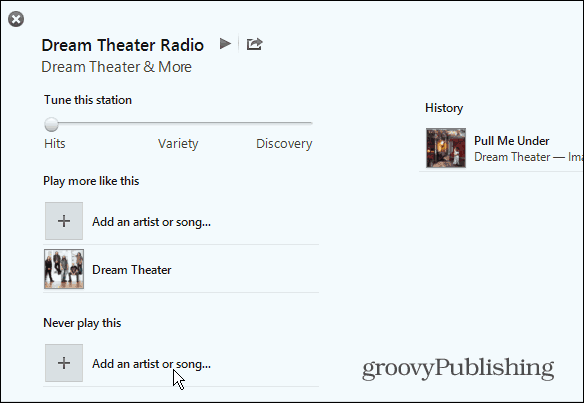 Then you can search for a song, artist, or genre and add them to the never play list. 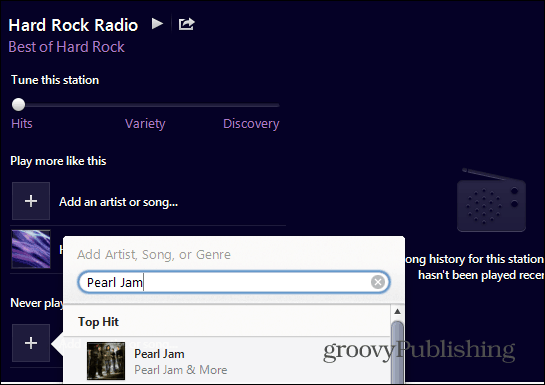 If you want the ability to listen to songs with explicit language, just flip the switch to On in the upper right corner. 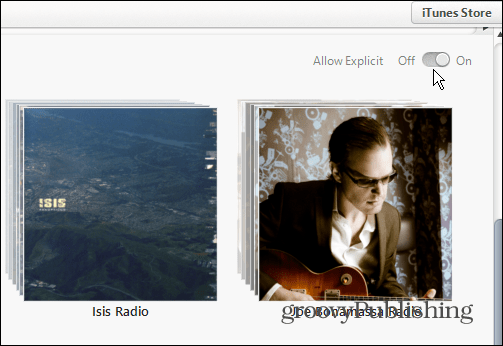 While listening to the station, click on the Star icon at the top of iTunes to choose between playing more of the material or not. If you select Never Play This Song, it will skip to the next track. 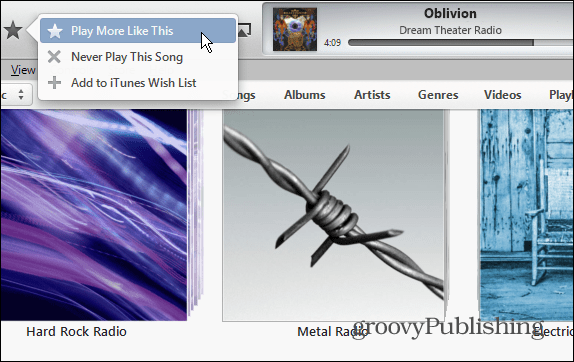 In the windows at the top of iTunes that shows what’s playing you get a menu of even more options like creating a station based on the artist, never playing a song, sharing the station and more. 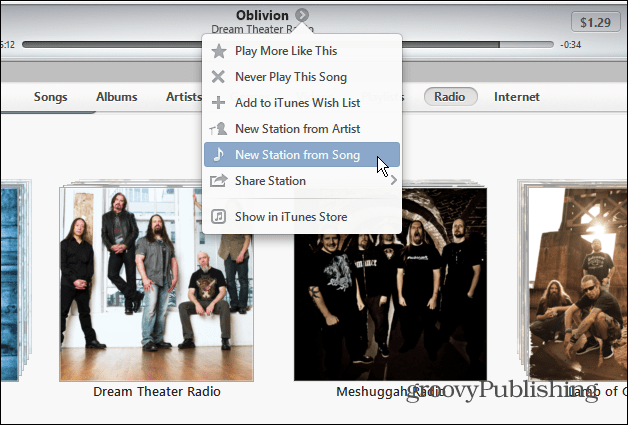 There you can also get a history of the songs that have been played. And everywhere you look, Apple gives you the opportunity to purchase the tracks. 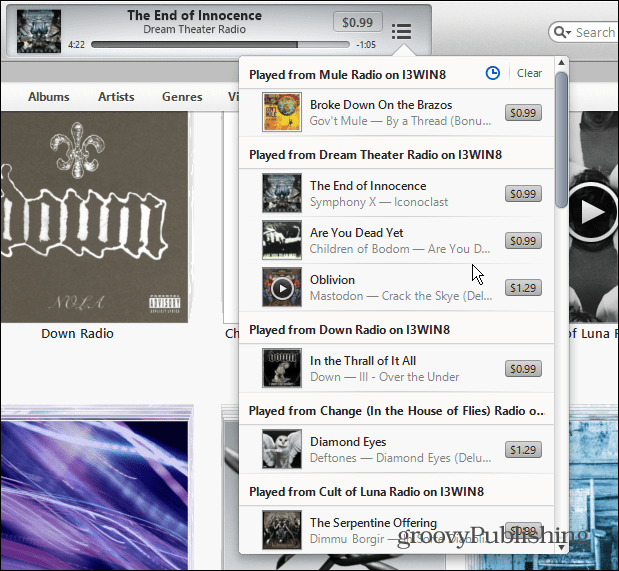 Overall, iTunes Radio is simple and straight-forward to use. With Apple’s giant music library you’re not likely to hear the same song twice in an hour. That is if you set the station to Discovery. I got several repeating songs when having it set to Hits, which was annoying.

There’s really nothing innovative and revolutionary here. Remember you’ll have to start from scratch and “teach” this service to play what you like on the stations, something a lot of us have spent years in Pandora doing. So unless you already have an iTunes Match subscription and use iTunes as your default player, there’s not much of a reason to switch. Of course if you’re using iOS 7, that might be another incentive to change. 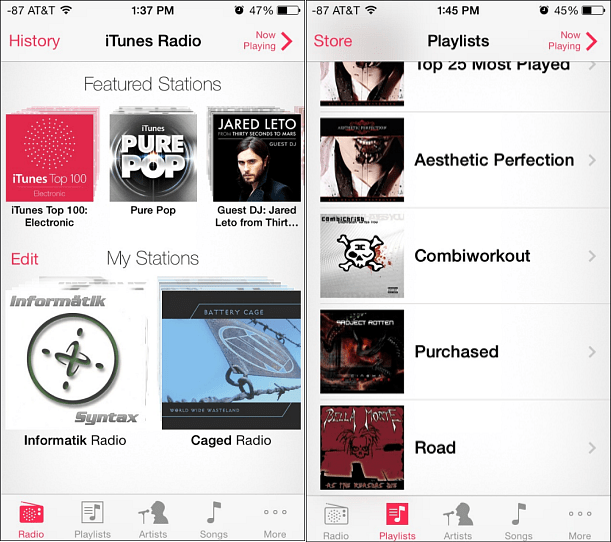 There’s easier and less resource intensive desktop applications from MOG, Spotify and the others that do streaming radio just fine. Not to mention just opening a tab in your browser and letting one of those music services play.

But from the results of a recent Ask the Readers article, Windows users aren’t fans of iTunes anyway. It received the crown of the most hated software — so perhaps I’m preaching to the choir.

What’s your opinion on iTunes Radio on the desktop? Do you think it’s any good? Is there a reason to launch the huge resource hogging iTunes program to simply stream music? Leave a comment and tell us about it!