It can be a troublesome feeling when your Chromebook screen goes black. Luckily, we’ll show you how to fix a Chromebook black screen.

Imagine this scenario. You’re ready to work on your Chromebook but there’s a problem—your screen is black.

If you’re reading this article, it’s likely a situation that you’re familiar with. Your Chromebook may have power, but it doesn’t mean you’re going to use your Chromebook.

You’ll need to start troubleshooting the problem to fix a Chromebook black screen. Don’t jump to any conclusions, as for most users, it’s an easy problem to fix.

If you want to know how to fix a Chromebook black screen, follow the steps below.

One of the basic things you can do is ensure that your Chromebook charger is plugged in and assembled correctly.

For example, the battery might have died if the Chromebook wasn’t getting a charge because the plug wasn’t in. No plug, no power.

Make sure the charger is appropriately connected to a known working power outlet and that it’s plugged into your Chromebook. For best results, reseat the charger and its cables and turn it on again.

If the battery is dead, leave it plugged in for a while it charges.

To ensure the Chromebook’s brightness level is high enough, press the Screen brightness key (above the numbers 8 and 9) until items on the display appear. 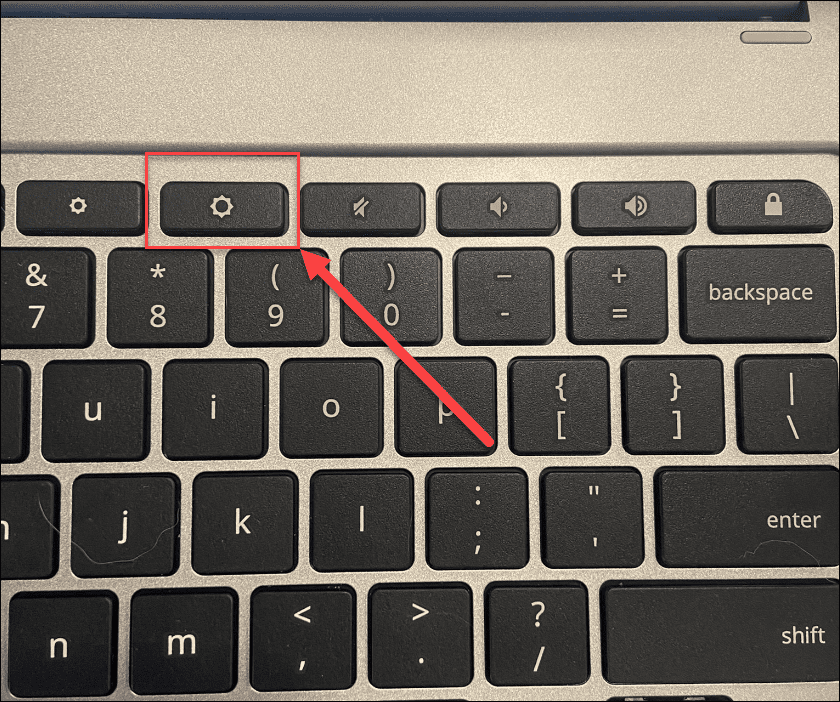 If that didn’t fix a Chromebook’s black screen, you can try a hard reboot.

The location of the power button will vary between models, but it’s usually above the keyboard or on the side of the Chromebook.

After you’ve done this, wait for a couple of minutes, then press the power button again to restart the Chromebook.

A USB device conflict isn’t the most common cause of a Chromebook black screen, but a device conflict can cause problems. If that’s the case, it’s always worth trying to disconnect any connected USB devices to try and resolve the issue.

It’s simple to do—simply remove any connected USB devices from your Chromebook and try to restart it. If it works, connect USB devices one at a time until you find the culprit.

Let the Chromebook Cool Down

If your Chromebook has overheated, it will present several problems—including a black screen. If this happens, unplug your Chromebook and set it on a cool surface and allow it to cool for 30-40 minutes.

Try turning it on again and see if overheating was the issue. If it fixes the problem, use your Chromebook in a well-ventilated space. Don’t shove it in your backpack while it’s still running.

If you’re getting a black screen on your Chromebook, it could be a problem with the battery. If you have a Chromebook model with a removable battery, take it out and reconnect it, making sure the connection between the battery and the internal contacts is secure.

If your Chromebook isn’t charging and still shows a black screen, you can try a different charger. This might be an issue as most people don’t have an extra Chromebook charger lying around.

Contact the Chromebook manufacturer and order a new power charger for your model if all else fails.

A “last option” step you can take is resetting your Chromebook hardware via a Hard Reset. This option can fix your screen issues, but it may also delete files stored on your Chromebook (such as your downloads folder).

Not all Chromebooks are hard reset the same way. For example, some devices have a dedicated hard reset button, while others require you to insert a paper clip into a reset hole while pressing the power button. Make sure to consult the manufacturer’s support site for specific instructions.

To perform a hard reset on Chromebook:

It can be disheartening when you get a black screen on your Chromebook. However, if you use the steps above, you have a good chance of fixing the problem.

It isn’t a miracle fix, though. If your Chromebook was dropped from a height, submerged in water, has a cracked screen, or received other kinds of damage, you probably need to replace it. If it’s a software issue, resetting your Chromebook to factory settings could fix the problem.

The good news there is most of your data will be recoverable from Google Drive or another cloud syncing service such as OneDrive. If you need to fix other problems with your Chromebook, you may want to use the diagnostic scanning tool to help with your troubleshooting.

Fixed your screen issues? Don’t forget to regularly clean your Chromebook screen as part of your regular maintenance routine.