Before selling or regifting your Xbox 360, you’ll want to make sure that your game saves, installed apps, avatar, and other items are removed first.

Xbox 360 has had a great run as a game console and entertainment center. But now the company released its next generation of consoles, the Xbox One, and you might be looking to sell or regift yours. Before doing that, you’ll want to make sure that your game saves, installed apps, avatar, and other items are removed.

To erase everything, fire it up and go to System Settings > Storage. Then highlight your local system drive and hit the Y button on the controller. 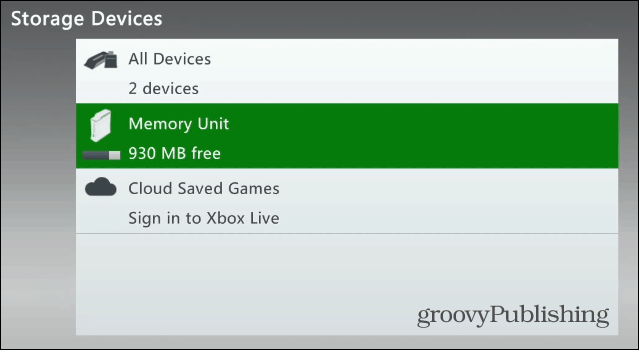 Under “Device Options,” select Format and verify you want to remove all content. 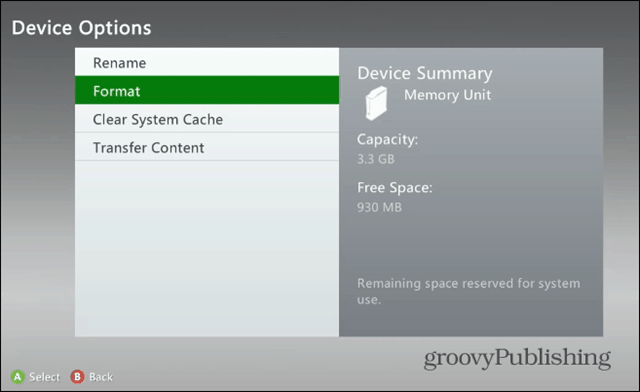 After that, you’ll be asked to restart the console. 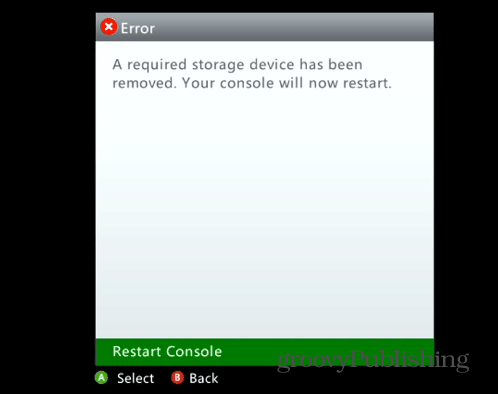 That’s it! Now all of your data like Pins, apps, and app data, saved games will be erased from the drive. You can verify everything is erased by going to say, My Apps. There you should see that they’re just the core apps included. Other sections like My Games will be empty.

If you want to verify there’s absolutely no data left, go to the system storage, and you should see the following – all showing zero. 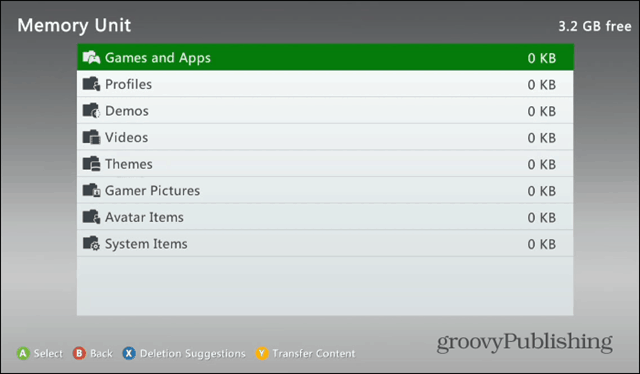 After that, the person who you regift or sell the Xbox 360 to will need to sign in or set up their Xbox Live account and configure everything how they want it. 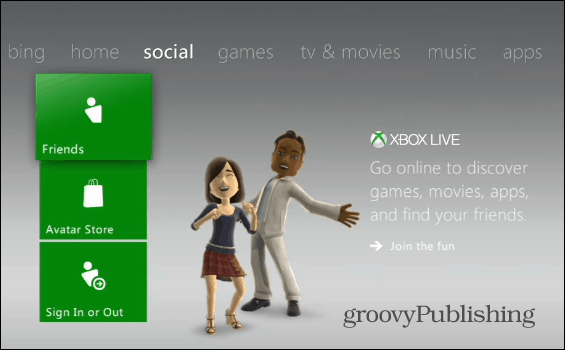 Or they can also go to System Settings > Initial Setup. Then follow the on-screen instructions for choosing their region, language, and home network. 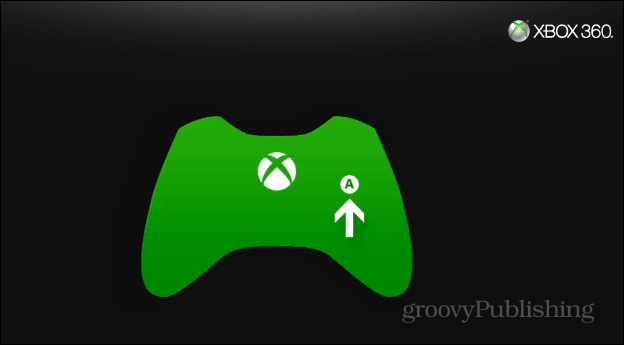 I recently sold my 360 on eBay, which was the easiest way to get everything removed. If you’re planning on getting another console, you’ll probably want to bring your data with you. In that case, Check out these steps from Microsoft.

If you’re upgrading to an Xbox One, the only thing coming with will be your Xbox Live profile. Remember that Xbox One isn’t backward compatible. From the Xbox One support page:

The Xbox One has a built-in 500-gigabyte (GB) hard disc. The only data that you will need in moving from the Xbox 360 will be your Xbox Live profile, and this can be downloaded when you connect the console to Xbox Live during setup of your Xbox One system.