When DynDNS went down and broke the internet, it was because thousands of infected computers in homes like yours had been hijacked and used to launch a massive denial of service attack. Here’s a brief guide to help protect yourself from being an unwilling participant in the next zombie computer apocalypse.

Earlier this year, Dyn, one of the biggest DNS providers, came under attack by a massive botnet. If you remember huge swaths of the internet going down for part of the day, that’s what that was all about. This was a Distributed Denial of Service (DDoS) attack, which basically means that many computers started sending requests to Dyn’s servers until they overloaded and broke it. 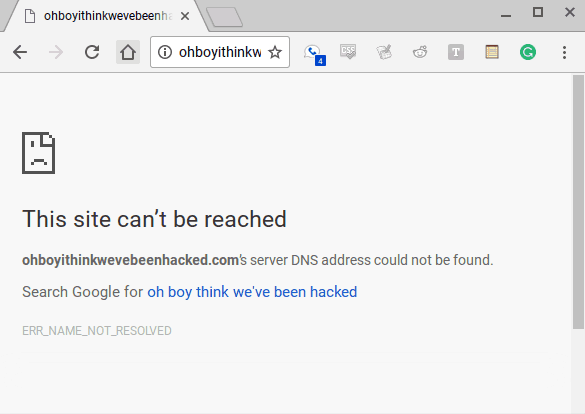 Take over my computer? But who would do such a thing?

In a way, it was people like you and me. But not voluntarily, of course. Rather, some hackers had installed malware on many computers and consumers who have not secured their Internet of Things (IoT) devices like web cameras, DVRs, and thermostats and used them to launch the DDoS attack against a target of their choosing.

Editors Note: Unclear what all the buzz about the Internet of Things is? Read our introduction to IoT. The article reviews the basics of IoT and why it’s important, you understand them before filling your home with smart devices.

This is what they call a botnet. A botWhat??

A botnet is one part of a Command and Control (CnC) attack. Here’s how it works. Malicious groups spread malicious software (aka malware) to as many computers on the internet as possible — I’m talking millions of devices. Then, they sell the ability to control all those devices to someone even more malicious. These people then use the botnet to launch a coordinated attack across the internet. Normally this takes the form of a DDoS attack, email SPAM storm. However, it can also be used to increase the botnet’s size by attacking more devices or perhaps silently sitting back and just collecting data from millions of infected devices.

The big attack on DynDNS was something of a test run. This was to demonstrate the power of a botnet. The damage was widespread, and the chaos was rampant, taking down huge services you likely use every day. In other words, a powerful marketing tool for peddlers of viruses and malware—don’t expect this to be the last you’ve heard about botnet attacks.

So, the question you are probably asking (or should be asking…) is this: 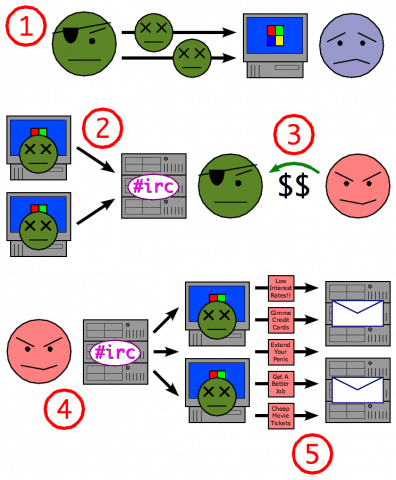 How to Detect and Prevent Botnet Malware Infections

There’s good news and bad news to this. The bad news is that botnet malware is meant to go undetected. As a sleeper agent, it keeps a low profile on your system once it’s installed. In theory, your antivirus and security software should detect it and remove it. That is as long as the antivirus companies know about it.

The good news is that some simple and free ways to mitigate the damage you can do if your computer becomes part of a zombie botnet.

Those are the basic steps that any responsible tech user can take. Of course, as evildoers on the web continue to grow and their attacks grow more sophisticated, I encourage you to continue getting educated on how to stay safe online.

Have your devices ever been hijacked by a botnet? I want to hear about it! Share your story in the comments.