Hyper-V technology in Windows 8 Pro lets you create and manage virtual machines. To use it, your system’s CPU needs SLAT virtualization technology.

One of the new features in Windows 8 and higher is Hyper-V. This technology was originally included in Server 2008 and is now included in the desktop OS. It lets you set up, manage and run virtual machines on your Windows box. Hyper-V virtualization technology has certain hardware requirements, though, and only works on newer computer processors. Here’s how you can test your CPU to see if it will support Windows Hyper-V.

First, you need an AMD or Intel 64-bit processor that supports Second Level Address Translation (SLAT). SLAT virtualization hardware is included in most modern Intel Core i3, i5, and i7 CPUs. It’s also included in AMD’s Barcelona processor line. Even if your CPU supports virtualization (XP Mode in Windows 7, for example), it might not have SLAT hardware virtualization technology. If you have an Intel Core 2 CPU in your system, for example, it doesn’t support the SLAT feature, so you won’t be able to add the Hyper-V feature.

In addition to the CPU requirements, your system will also need a minimum of 4GB of RAM and the 64-bit version of Windows 10 or 8.1.

It’s a bit confusing, I know. And how do you know if your CPU supports SLAT anyway? Here’s a couple of utilities that will help you determine if your system supports SLAT technology so you can utilize the Hyper-V technology on Windows 8 or above.

There are a couple of free utilities that will test your CPU for SLAT capability. Created by Microsoft wiz Mark Russinovich, CoreInfo is a command-line utility that will work on both AMD and Intel systems.

Download the zip package and extract coreinfo.exe to your C:\ drive. 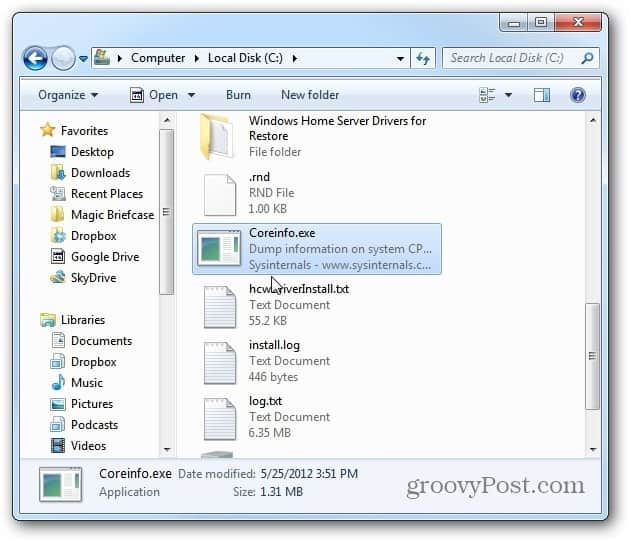 Next, go to Start >> All programs >> Accessories and right-click on Command Prompt, and select Run as Administrator. 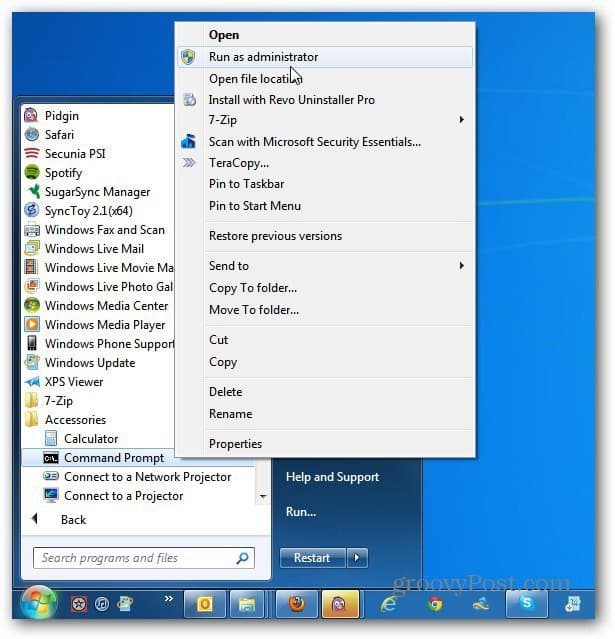 If you see an asterisk next to EPT (Extended Page Tables), you’re good to go. Your system supports Hyper-V. 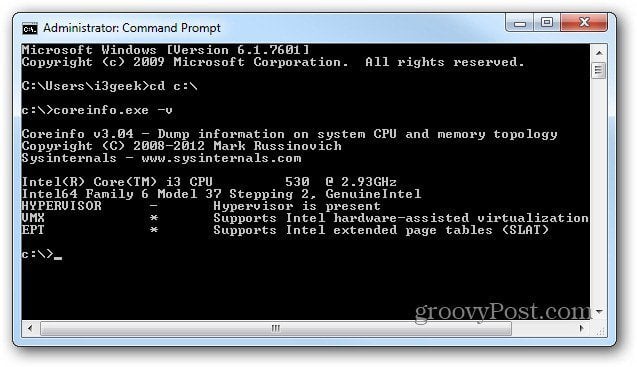 If you run CoreInfo on an AMD system – using the same commands as above, look for an asterisk on the NP (Nested Page Tables) line. On my AMD system, I have an AMD Athlon Dual Core CPU, and it doesn’t support SLAT. 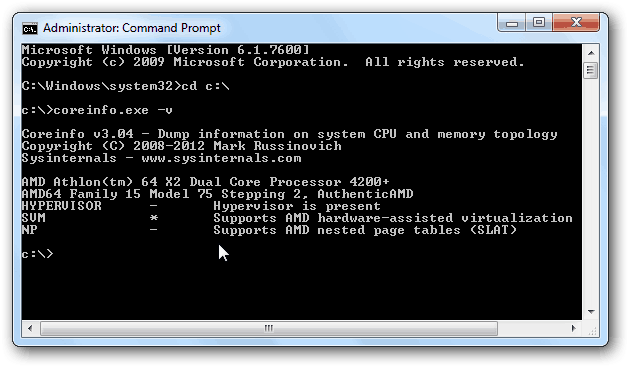 So again, you’re looking for an *, not a -. Here’s another Intel Processor which shows it doesn’t support SLAT technology. No Hyper-V for you! 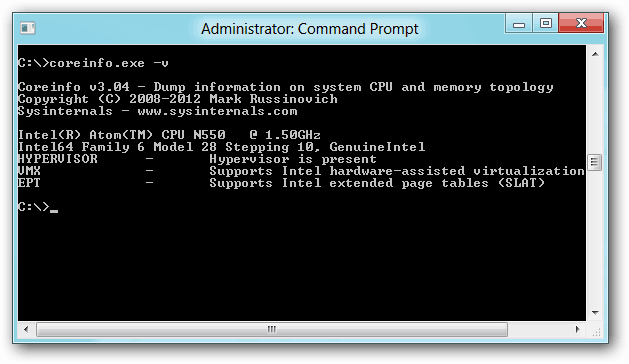