Spotify does a decent job in curating playlists you like, but it’s annoying when an artist you don’t like slips in it. Here is how to block bands or artists you don’t want to hear.

While listening to curated radio, the Spotify algorithm tries its best, there will undoubtedly be times when a band or artist you can’t stand will start playing. Sure, you can skip to the next song, but wouldn’t it be better if you could block them altogether? Spotify is now rolling out that ability to users of its mobile app. Here’s a look at how you can block an artist from playing.

Note: At the time of this writing, this heavily requested blocking feature is still rolling out to users. For example, I can use it to block artists on iOS, but it hasn’t hit my Android devices yet. If you don’t see it now, hopefully, you’ll be seeing it soon after an app update.

Launch Spotify on your phone or tablet and head to the “Artist” page of what you never want to hear. Then tap the ellipsis button in the upper-right corner (three dots). Then tap the “Don’t play this artist” option from the dropdown menu. 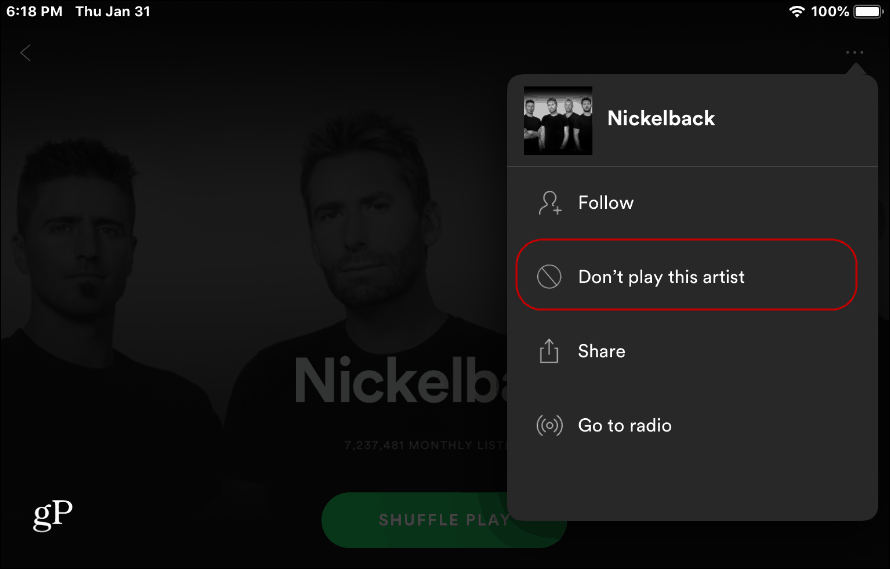 After that, a brief message will pop up confirming that music from the artist won’t play. That’s it. Even if you go directly to a band or artist’s page and try to manually kick off a tune, it won’t play. 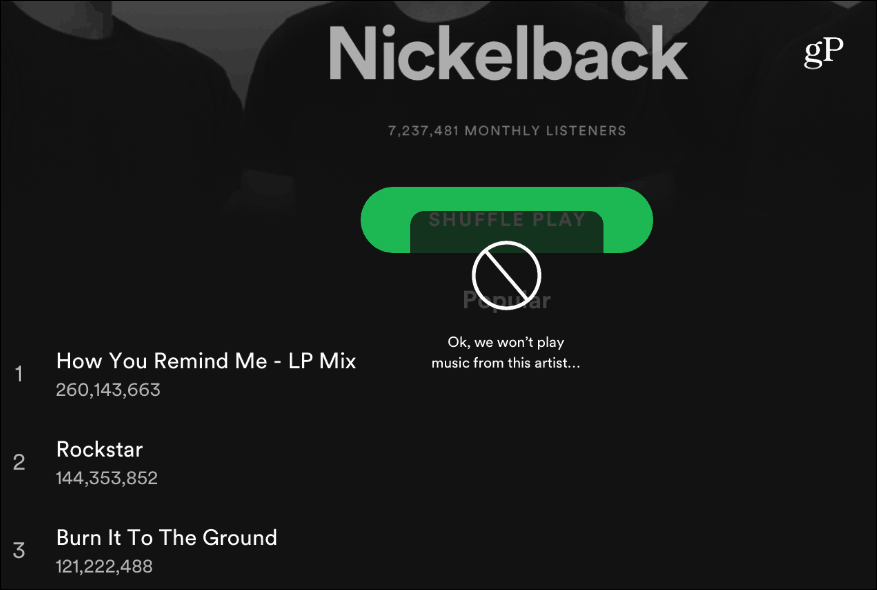 If you want to unblock the artist later, you can simply go back to the “Artist” page and tap “Allow to play this artist” from the menu. 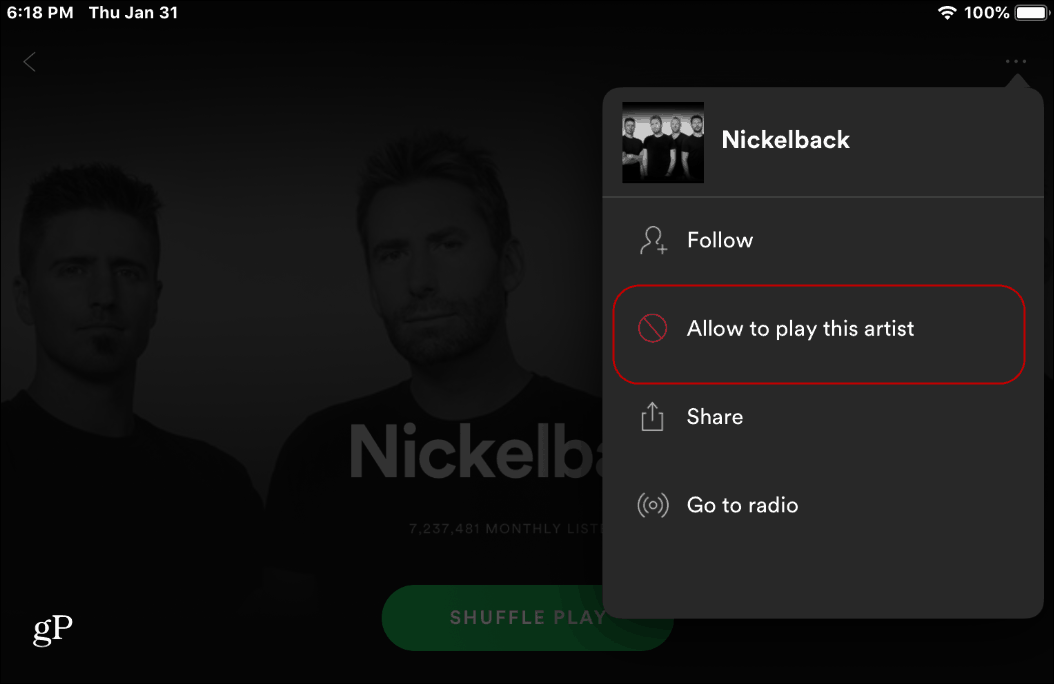 Now, while listening to your radio playlists on Spotify, you won’t hear that artist again. And, from my testing, it syncs the block across other devices you’re logged into with the same account. I was able to block bands using iOS and they were also blocked on my Android devices and even the Spotify app on Roku. However, the option isn’t available on the desktop version or web player yet. Hopefully, we’ll see those versions updated soon.

There are several reasons where this can be helpful. You don’t need to worry about pulling your phone out and unlocking it just to skip a song. Or, maybe you have it streaming through speakers and you don’t want certain music heard. You can block music from bands and artists that you don’t want certain people or young ears to hear.

The company recently updated Spotify Premium with a new user interface, improved search, and a personalized radio feature. It uses algorithms to put together curated playlists based on your listening habits. But there is always something the service thinks you want to hear…but you really don’t. This is a long overdue feature that allows you can take the preemptive step in stopping the music you don’t want to hear.