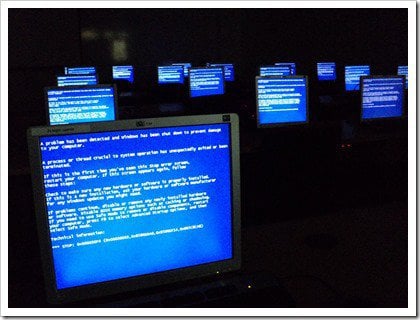 Can’t sleep at night? Sleep experts say to put down the smartphone. I say you don’t have to. Read on to find out why.

Sleep experts have something against the digital age. They keep telling us that we can’t read books, watch movies, play games and read the news on our smartphones, tablets, and laptops and still get a good night’s sleep. It’s because of this hormone called melatonin, which our body is supposed to release a couple of hours before we fall asleep. Melatonin is what makes us feel drowsy, so we begin to naturally wind down to our soft, warm beds. But here’s the thing: our beloved gadgets and their brightly illuminated screens trigger something in our brains that disrupts the release of melatonin. So, even though it may be 2 AM, and we are physically and mentally drained, the chemistry in our brain that allows us to fall asleep just isn’t there. So we stay awake. Bleary-eyed, scrolling through obscure subreddits full of purple links, watching infomercials on the tube and googling the weird stuff.

The solution, according to the experts, is to turn off the gadgets two or three hours before bedtime. Sounds nice. But if you’re like me, two or three hours before bedtime comprises the entirety of what’s left of the day after getting home from work, taking the dog out, putting the kid to bed and cleaning up after dinner. With that in mind, it sounds like the sleep experts are telling me to never use a smartphone or computer on a weeknight.

Blue Screen of Death: Why Your iPad Keeps You Awake and How to Conquer It

Modern society has a knack for being persistently dumb to the point that experts accommodate our collective unwillingness to listen to reason. That’s why the Oxford English Dictionary is now redefining literally as a word that can be used “for emphasis rather than actually being true.” That’s right—up is the new down, 2 + 2 = 5 and “literally” means “figuratively.”

In the same vein, sleep researchers have leaked a useful tidbit of knowledge to us screen addicts. If we’re not going to turn off the screens at night (and we really, really aren’t), then the least we can do is turn down the blue light. While all bright artificial light feeds insomnia, researchers have found that blue light is the worst. Blue light is nature’s alarm clock in our circadian rhythm. This is because, as cavemen, we’d only be exposed to blue light during the day, when the sun was shining, and the sky was sparkling. So, we evolved to become alert and awake when exposed to blue light (nature’s alarm clock). Today, we are exposed to blue light long after the sun goes down from two omnipresent sources: computer screens and fluorescent bulbs.

While artificial light is not new to society, the amount of blue light that we expose ourselves to is fairly novel. The LED lights that backlight your smartphones, flatscreen TVs, computer monitors and tablets produce far more blue light than incandescent bulbs. The same is true for the compact fluorescent lights (CFLs) that are great for the environment, but rotten for your sleep cycle.

So, in theory, if we could limit our exposure to blue light, we could improve our sleepitude without sacrificing our screen time.

There are a few ways that the handy geek can use that information to sleep better at night.

Get Red (or Amber) Night Lights

If you think back to science class (or the cover of Pink Floyd’s Dark Side of the Moon), you’ll recall that white light is light with all the colors mixed together.  To get the colors of the rainbow, we can remove certain colors from the light. Incandescent bulbs, as you may remember, used to be yellowish. LED and CFL lights are usually white, meaning it has more blue in it.

While yellow light is better than white light in terms of blue content, red light is even better. On the color wheel, the actual shade of blue that researchers have focused on is indigo. So, the direct opposite of that is amber. 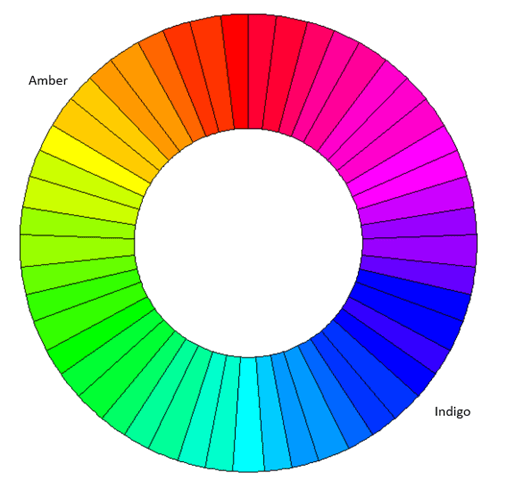 Ideally, the sleep experts recommend no lights on at night. But practically speaking, that’s a good recipe for stubbed toes and broken lamps. The next best thing is to turn on an amber light, which is, essentially, all the light except indigo light. (You could get a red light, too, but then your room will look like a strip club.) You can get amber nightlights or amber light bulbs from Amazon or from a party store.

Cool Off Your PC’s Color Temperature with F.lux

All the amber lights in the world won’t mean a thing if you end up turning on a computer and staring at the screen (essentially a bright light bulb). There aren’t any amber backlights for computers, but there is software that can automatically tweak your computer’s color temperature to align better with the time of day. In theory, this is easier on your eyes and your circadian rhythm.

The most popular app is f.lux, which works on Mac, Linux, and Windows. Best of all, it’s free.

Smartphones and tablets aren’t as conducive to color tweaking as desktops and laptops. Which is a problem, since these are the devices that we typically reach for after lying awake in bed for hours. Ideally, they’d make some kind of tinted screen protector that you could place on your phone or tablet at night. But I haven’t seen one of those yet. So, your next best option is to wear amber-tinted glasses. 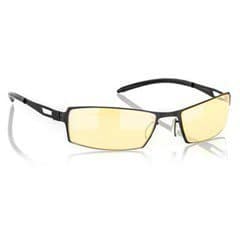 You may look lame wearing sunglasses indoors and in bed, but your melatonin levels will thank you since the amber lenses will filter out the blue-indigo light. If you already wear reading glasses, then it can be as simple as swapping them out for a pair of tinted reading glasses. You may have already noticed geeks wearing amber-tinted glasses while working on computers late at night. Chances are, it wasn’t just a fashion statement.

I’ve seen amber tinted computer glasses on Amazon for upwards of $80 (pictured). But you can find cheaper reading glasses elsewhere on the web (eBay, readers.com) for less than $20.

There’s likely more to the insomnia equation than just blue light. But if you are looking for weapons to add to your arsenal in the modern war against sleeplessness, these blue blocking tips may help.

Do you suffer from insomnia? How have you changed your use of electronics to combat it? Let us know in the comments.