“Stop me if you’ve seen this before” joked Apple CEO Steve Jobs before introducing the brand new iPhone 4. The new iPhone was bumped into the spotlight a few months too early by Gizmodo, marking the most publicized non-oil-related leak to occur this year.

In spite of its alien abduction and subsequent prostate exam, the iPhone 4 had plenty of exciting secrets to reveal during WWDC 2010, not including the confirmation that they will begin shipping June 24th.  Here are the top four iPhone developments that deserve (and received) a hearty ovation: 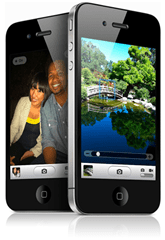 Much of the iPhone’s new bag of tricks seemingly comes from the laundry list of criticisms levied in the iconic Droid ads launched last October. That includes one of the coolest new pieces of hardware on the iPhone: the camera. The new camera packs 5.0 megapixels, LED flash, 5x digital zoom and an intriguing backside illumination sensor that promises super duper low light performance. Not only that, it shoots HD video (that crunching noise is the sound of Flip Video’s stock crashing.) The still photos and pictures look better than ever, but the hardware is only half the story…

#2 – …and Everything that Goes With It 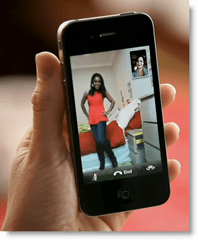 We were all pretty pumped when the iPhone came out with its last camera update—some rudimentary on-the-fly trimming and auto-focusing.  The iMovie App is so much more. With this $4.99 app, you can splice together clips, add music, still shots and themes and publish your makeshift blockbuster right on the phone.

The iMovie App is a groovy upgrade for aspiring documentarians and citizen journalists, but here’s something for all of us: video calls. This feature is the missing piece of the puzzle in AT&T’s “You Will” ads from 1993 which proves that we are indeed living in the future. With a dedicated front-facing camera for vanity portrait shots and futuristic streaming video, it looks like mobile video calling is finally a reality. Dubbed FaceTime, you can’t use the new video calling feature over 3G just yet—but Jobs, like AT&T, promises that soon “you will.”

On top of being a Flip killer, the iPhone just might be a Wii killer, too. The existing accelerometer coupled with the new 3-axis gyroscope and new CoreMotion APIs give the iPhone a seemingly magical one-to-one responsiveness. On stage, Jobs demonstrated the might of this new internal gizmo by navigating a virtual Jenga tower by spinning his whole body around. This scenario is an illustration better served by video. While no one under 40 is getting excited over Jenga, the potential for gaming here is truly auspicious. “I can’t wait to see what you guys are going to do,” said Jobs to the developers.

It was a subtle cue, but a significant one: iPhone OS will now be known as iOS. What’s that mean? It means that the iPhone is just the tip of the iceberg. Dropping the word “phone” from Apple’s latest mobile operating system signals the company’s intention to load the platform onto more devices. The iPad and iPod Touch are the obvious first recipients (the former gets it in the fall.) But more good stuff could be in the works. Nick Bilton over at the NY Times Bits Blog astutely observed that Apple had a similar name change back in 2007 when it first introduced the iPhone.

The company transitioned from “Apple Computers” to only “Apple” to reflect its move into newer, sexier devices (iPhone, iPod Touch, iPad and whatever is coming next—possibly soon.)  We will all have just to wait and see; however, there is still plenty to get excited about with the iOS 4 specifically Wireless keyboard support, Spell checking, Faces and Places in Photos, Folders, and an improved email client just to name a few.

And then there are the letdowns…

As with all big Apple news, the hype surrounding the iPhone 4 inevitably outweighed the delivery. The overactive imaginations of and speculations from the media and blogosphere were what guaranteed it.  In spite of Apple claiming that “this changes everything,” that’s not entirely accurate. Here are some aspects of the new iPhone that tragically stayed the same, plus one change from AT&T that might dampen some of the excitement:

This exclusion ranks as the least surprising omission and the smallest letdown surrounding iPhone 4. While hopes were high for Flash someday coming to the iPhone, they were mostly dashed to pieces back in April, when Steve Jobs gave his measured diatribe against Adobe Flash alongside his endorsement for HTML5 and its cohorts. And he made valid points. As time goes on and web and app developers continue to accommodate the iPhone, many iPhone users (myself included) have outgrown their pining for Flash-support. Still, when the list of features get thrown up on the scoreboard, Apple still gets a conspicuous blank spot where other mobile platforms—Symbian, Android, webOS (coming soon)—get a satisfying check mark. 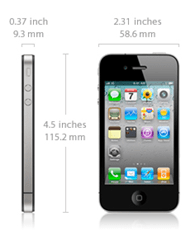 Look up “wishful thinking” in the dictionary, and you’ll see an artist’s rendition of an iPhone sporting a Verizon logo. Hopes are getting higher than ever, especially with the advent of 4G (more on that later) and the tenuous uncertainty over AT&T’s exclusivity deal. Less ambitious optimists have also been tentatively churning the rumor mill over a possible T-Mobile iPhone. But the only mention of Verizon at WWDC came from the peanut gallery (a snarky outburst in response to some on-stage network issues.) The indomitable hopefuls cling to the fact that Jobs didn’t mention any carrier at all—referring to data networks without naming names—meaning there could still be a chance. But every other sign points to “not coming anytime soon.”

When it comes to the new iPhone, Apple has been droppin’ g’s harder than Obama pandering to his folksy constituents. That’s right—it’s iPhone 4, not iPhone 4G. But that’s not wholly Apple’s fault. The networks simply aren’t ready. Short of switching to Nextel or delaying the release until 2012, when Verizon plans to get its LTE network up and running, there’s no possible way the next iPhone could grace a 4G network. Of course, iPhone was late to the 3G game, too, which didn’t exactly put a black eye on its success. But the iPhone runs on the network of today (which in the tech world is the same thing as being yesterday’s news.) This fact gives it another deficiency in the iPhone vs. the World showdown; many a techie is wondering aloud if the HTC EVO 4G deserves more buzz. 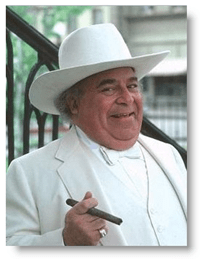 While we’re all licking our chops at the notion of HD Video, FaceTime, Netflix, FarmVille and the potential for stellar new games for the iPhone 4, the bean counters in charge of keeping AT&T’s 3G network reliable and uncongested are likely descending into crisis mode. This new high bandwidth food pyramid for 3G users could very well send the heart of AT&T’s data network into cardiac arrest unless someone puts it on a strict diet. And that’s exactly what AT&T did just last week when it announced new data rate caps.

This announcement effectively brought an end to the all-you-can-eat buffet for everyone except current iPhone users (that are grandfathered into their unlimited data plans.) On one hand, it’s a necessary and understandable measure; on the other, it signals a new era where the burden of keeping tabs on bandwidth is shifted onto users in a big way (i.e. overage penalties.)

Apparently, not all of the new additions and disappointing omissions are covered here—these are just the features that piqued my interest. I didn’t touch upon multitasking, iAds, the A4 processor, the steel frame that doubles as an antenna, the Retina display with twice the resolution and support for Bing and iBooks. If you feel like one of these features—or any other big iPhone reveal—deserves to be in the lists above, let us know why in the comments.