5G is the next generation of wireless broadband. But when fully deployed will be a blazing fast network with unlimited potential uses for emerging technologies.

You have probably been hearing a lot of hype about 5G technology and how it is going to revolutionize mobile communications. It is much faster and will replace your current 4G LTE, but hold on a minute. As with all emerging technologies (think 4K UHD), it will go through some growing pains and, devices need to be ready for it. Currently, it’s only available in select cities in the US and will continue to expand over time just like previous wireless tech before it. That said, 5G is a big deal and eventually, it will be a game changer for connected devices and homes. With this in mind, let’s take a deeper look at the new technology and what it might mean for you and me in the short and long term.

The 5G band is the next generation of broadband connection being rolled out by wireless mobile carriers globally. It will replace the existing standard, 4G LTE. While carriers upgrade existing network equipment to 5G, it will live alongside your 4G mobile wireless service but will evolve over time to become a stand-alone network. At its full maturity, we will eventually see wireless network speeds at or above 10 Gbps. Given that 4G currently gives us around 100 Mbps, 5G running at 10 Gbps is simply incredible. That’s faster than most corporate network connects and 10x the speed of Comcast’s existing 1 Gbps cable internet service. It’s no surprise some are calling 5G “wireless fiber” as it provides crazy fast low-latency Internet wherever you are. Lower latency means faster and more reliable downloading, media streaming, voice and video chat and more. Putting this into context, essentially this means you could download a 4K, two-hour movie in under five seconds.

It could also be used for home Internet connections. You could have a 5G wireless router in your home that gives connected devices access to “gigabit fiber-like” speeds. You will be able to have all devices in your home on at once and not have to worry about slow speed or a diminished experience. The whole family can watch their favorite movies and TV in 4K UHD, play online games, and do important work office work while streaming their favorite music in the background; all without interruption.

But it’s not just meant to benefit Netflix streaming and iChat conversations on your smartphone. The 5G connections will be able to handle more devices at once, which is important to accommodate the growing number or internet connected devices released every year. It promises a fast and reliable always-on wireless signal for smart devices – including your Alexa devices, smart thermostat, refrigerator, and even connected cities and cars. It will also allow emerging tech like telemedicine, VR and fully enable self-driving vehicles to reach their full potential.

Check out the following promotional video from T-Mobile. It gives you an idea of how it’s 5G coverage would work and create in effect, a “smart city” for its users.

While the Wireless carriers are pushing hard to get 5G rolled out, it’s going to be several years before it’s available “everywhere”. Just like 4G LTE took many years to roll out, you can expect the same for 5G. In fact, several companies are still expanding LTE coverage areas. At the time of this writing, AT&T is planning 5G rollouts in several big cities in the U.S. including San Francisco, CA, Dallas, TX; Atlanta, GA; and Jacksonville, FL. T-Mobile and Verizon are moving a bit slower in the rollout of 5G and will have cities like Los Angeles, CA; Indianapolis, IN; and New York City covered in 2019. Sprint is repurposing its 2.5GHz network to be 5G ready and is also merging with T-Mobile to help expand the 5G network.

Basically, if you live in a heavily populated urban region, you are going to see 5G much earlier than rural areas. In fact, rural areas won’t see 5G for several more years; if at all because deploying a 5G network requires a lot more towers that are in close proximity to each other than 4G LTE. That’s more cost 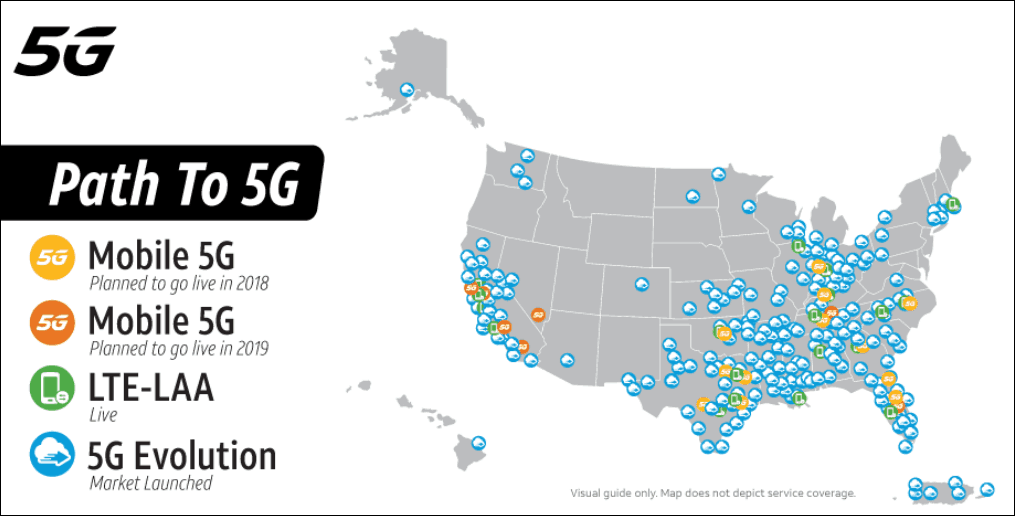 Is my Device Ready for 5G?

At the time of this writing (January 2019), the simple answer is no. Just like all early technologies, device makers won’t begin building the technology into its devices until the technology goes mainstream. Currently, there are only a few models of phones on the market that can connect to a 5G network — and they aren’t mainstream. Certain models like the Samsung Galaxy S8 Active and LG V40 will connect to AT&T’s “5G Evolution” network and display a 5G icon, but 5G E is only advanced LTE at the moment – not true 5G.

And, the early real 5G devices will be much more expensive at the start. They will also be larger, thicker, heavier, and get decreased battery performance vs 4G LTE mobile phones due to the increased power requirements of 5G. Early adopters will basically be paying a premium to be the beta testers of the technology. 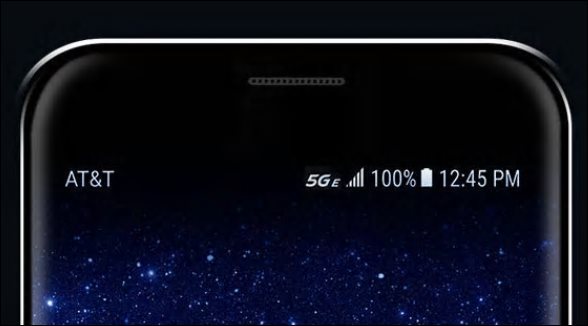 As is true with all new technology, you’ll want to wait a while before buying into the 5G hype. Our advice is to wait until things go mainstream on both the 5G network and mobile devices. When it comes to wireless technology, there are a lot of variables to consider. Distances between transmitters, physical obstructions, and dead spots. There will be few devices that offer true 5G connectivity in 2019 and they will be expensive first-gen devices. You should only have one if you are an early adopter and in a location that has the legit 5G infrastructure.

But this is OK. It doesn’t mean we shouldn’t all be excited about this next step in the evolution of wireless communications. It’s going to be extraordinary, and the possibilities it brings will usher in a new area for devices and services we’ve not even thought of yet. It will change lives, hopefully for the better.

We expect to be hearing a lot more about 5G and devices that take advantage of the technology at this year’s Mobile World Congress in Barcelona this February. We’ll keep our eyes on that and continue to bring you more coverage on 5G and what it means for you as the technology evolves.