Apple iOS 7 will be released on September 18th. On older devices it might run slow, and not allow you to use all of its features, so will you upgrade?

When Apple announced its new iPhone models this week we also found out that iOS 7 is coming on September 18th. The new version brings a lot more features and a whole new look to the table. While it’s compatible with some older devices, it might not run optimally, and you won’t get all of the features newer devices to get. So is the upgrade worth it? 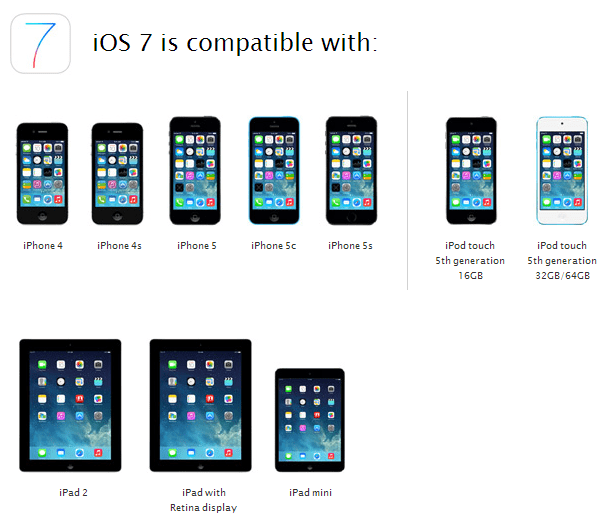 But from what we heard from the announcement yesterday, the new mobile OS has a lot of new eye candy and will require a lot of power under the hood. If you have an older device, it might not have the processing power to give you the full fluid experience that newer devices will have. In fact, it’s possible your older device could run slower by upgrading.

Also, not all features in iOS 7 will be available on older devices. According to Apple’s website:

Not all features are available on all devices.

When iOS 7 is launched on the 18th will you upgrade? Leave a comment and let us know what you think.